The conclusion of a slow, agonising death, Fulham under their third manager of the season were relegated from the Premier League at the hands of a rampaging Watford side this week.

After a previous stint of 13 seasons between 2001 and 2014, the Cottagers have limped out of the top tier after a single campaign back in the EPL mix, collecting just 17 points from four wins; if one statement could sum up the west London club it would be that they’ve gained one more victory than they have had gaffers.

Last season in the Championship Fulham finished top of the play-off places, Slaviša Jokanović winning the Manager of the Month award for their final push for promotion, and went on to beat Aston Villa at Wembley to rise up to the Premier League.

Courtesy of a single Tom Cairney goal, Fulham gained £170.3million from that win and in the subsequent summer, Fulham made it rain, with six players brought in permanently.

Striker and fan favourite Aleksandar Mitrović had completed his six-month spell with 12 goals from 17 appearances (two goals more than he’s managed in 18/19), and had to join from Newcastle United after being one of the catalysts for the success.

A combined total of just under £70million however was splurged on midfielders Andre-Frank Zambo Anguissa and Jean Michaël Seri, and defender Alfie Mawson from relegated side Swansea City.

Mawson would be beset by injury, limiting him to just 13 appearances in the league this season, whereas Anguissa and Seri displaced Stefan Johansen and Kevin McDonald - 87 league games between them last year - in the set-up. That goal at Wembley is the last time midfielder Cairney has scored for Fulham.

Eye-brow raising purchases flooded the club as quickly as that spondulicks had materialized.

Astonishingly it was decided that three new goalkeepers would be arriving at Fulham including youngster Toni Stahl on a free from RB Leipzig and Fabri from Beşiktaş. Whilst David Button left for Brighton & Hove Albion, the man he alternated the role with throughout that successful season, Marcus Bettinelli has had to play second fiddle to a stop-stopper only on loan from Sevilla, Sergio Rico.

Furthermore, in front of the sticks, that questionable backline that was afforded certain liberties through their freewheeling front-line last year has been routinely massacred throughout 2018/19, so much so that Fulham will likely only just miss out on that ignominious record held by Derby County for goals conceded, with their 89 leaked in 07/08.

Again with that money to spend from the richest game in football, it is glaringly apparent that the investment area has been woefully misguided; loanees Calum Chambers, Timothy Fosu-Mensah, and Havard Nordtveit compensating for alternative expenditure and simply not being up to scratch with inconsistent pairings and positions.

Young starlet Ryan Sessegnon finished the club’s top scorer last season, the then-17-year-old involved in a startling 21 goals. In the Premier League, he’s popped up with just two strikes, unclear in his position whilst not having the defensive strength at left-back.

On the opposite flank, the departure of Ryan Fredericks to West Ham has been detrimental, with Denis Odoi and Cyrus Christie being unable to convince at right-back.

With the rupture beginning to show at the end of the hinrunde, the January transfer window seemed like an ample opportunity for crucial reinforcements for safety. Instead two former Liverpool wingers Ryan Babel and Lazar Marković were the chosen candidates to arrive at Craven Cottage.

So is it a simple case of mo’ money, mo’ problems? 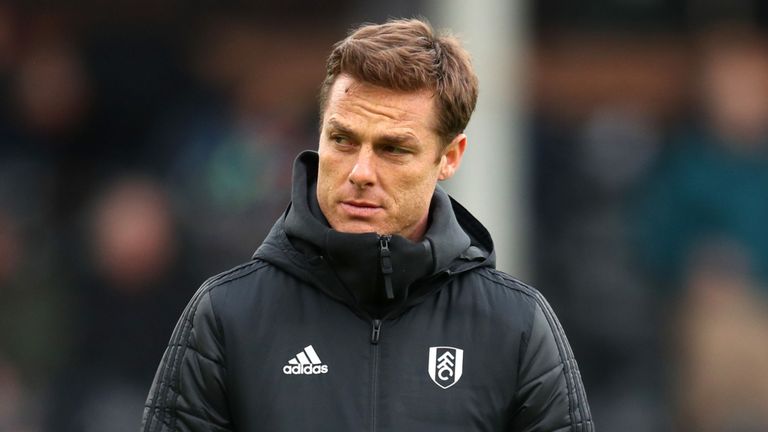 17/18 Championship winners Wolverhampton Wanderers certainly spent big, but astutely; splashing out just over £60million; ploughing ahead with that Portuguese contingent under the guidance of an exceptionally perceptive manager Nuno Espírito Santo; the revelations of Diogo Jota and João Moutinho, goalkeeper Rui Patricio as well as the Mexican Raúl Jiménez and Frenchman Wily Boly from Primeira Liga giants Benfica and Porto, respectively, whilst perhaps the coup of the summer in Spanish defender Jonny from La Liga behemoths Atlético Madrid eventually bought on a permanent deal.

One of their most extravagant purchases was the forward Benik Afobe from Bournemouth, and impressively would make a £2million profit just six months later upon moving to Stoke City after deeming him surplus.

In the Championship this season, Norwich City are top of the tree (as of April 3rd), with Yorkshire-based clubs Leeds United and Sheffield United involved in a promotion skirmish shortly behind. The other likely aspiring candidates currently involve West Bromwich Albion, Bristol City, and Aston Villa all occupying the remaining play-off places. Milling below, Derby County, Middlesbrough, Nottingham Forest, and even PNE haven’t counted themselves out of the running.

Last year in the Championship, Fulham claimed the second highest goals tally and had the second best away record in the league.

This year, Fulham have picked up just two points from a possible 51 available away from home in the Premier League this season, failing to win a single match and losing 15. They remain the only side in the top four tiers of English football yet to win on the road in 2018-19.

They’ve also tallied the third lowest goals of the division.

So a cautionary word of warning to those aspiring sides in the second tier looking up, patting themselves on them back laudatorily. Certainly enjoy the spoils of success but resting on your laurels, as Fulham have glaringly done, only purchases a one-way ticket back down to the Championship.