England’s run at Euro 2020 seems to have done the trick, and there are now less than three weeks between us and the start of the regular Football League season. Clubs up and down the country have been getting their business done and now we can start to look at where the early value may be in the Championship. Let’s get stuck in.

The Championship welcomes back Sheffield United, West Bromwich Albion and Fulham this year, and although the Craven Cottage side are currently favourites for the title, I’m left unconvinced by new boss Marco Silva, who still has a lot to prove in England.

All relegated sides will have new bosses heading into this campaign as West Brom plumped for Barnsley’s talented boss Valerien Ismael, who surprisingly dragged the Tykes into the play-offs last season. The club, at the time of writing, retain the services of Sam Johnstone and Matheus Pereira but I’m expecting both to leave and it could take some time for the players to unite behind his direct style of play.

Slavisa Jokanovic is a man who has won promotion twice at this level but Sheffield United don’t provide much value as 9/1 outright winners. After the success of last season’s relegated teams (Norwich and Watford finishing top two) many people will say to these three sides but my preferred option lies elsewhere. 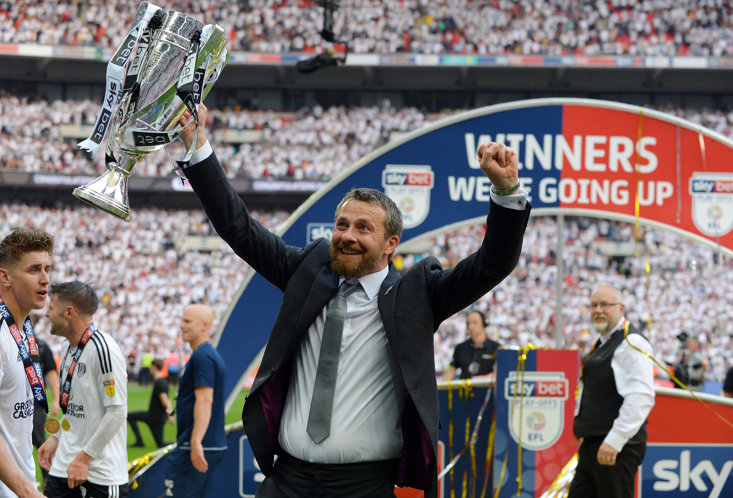 Swansea City look likely to hold on to their manager Steve Cooper which is a huge plus, and having lost the play-off final to Brentford in May, they can go one step further this time around. The Welsh boss has improved the Swans every season and although they have lost last season’s top scorer Andre Ayew, Cooper is building something special.

Liam Walsh on a free from Bristol City could be a huge signing if he can stay fit, while Joel Piroe could be the man to bag in the goals alongside Jamal Lowe as the Dutch U20 international joins from PSV. There is still work to be done for the boss in the transfer market, but 14/1 on them to win the league, or 9/2 for them to be promoted seems generous early doors.

Looking at the top-six market, there are always 14 or so teams with aspirations of the play-offs. Mick McCarthy’s Cardiff City could go well but at this moment in time, Queens Park Rangers take my fancy. They ended last season strongly with four wins out of their last five, while Charlie Austin rejoining the R’s in January took them from 19th to 9th.

The striker is now back at Loftus Road on a permanent basis and eight goals in 19 starts will give Mark Warburton hope of a successful season. His transfer business has also been smart, left-back Sam McCallum joins from Norwich having spent the past few seasons at a Coventry City side that keeps on improving, Sam Field joins from West Brom and Andre Dozzell at 22, was purchased from Ipswich Town. There’s an awful lot to like about this side who should be able to secure a top six finish at 7/2. Charlie Austin reinvigorated QPR when he joined in January

With the good, comes the bad and the ugly as attention turns to the bottom end of the table. In comparison to last season, it feels as if the league has become even closer, the teams at the top are not as strong as Norwich City, and the teams at the bottom are stronger. I think the three promoted teams from League One, Blackpool, Peterborough United and Hull City come up on strong footing and Neil Critchley’s side in particular are undeserving of their 9/4 price to go straight back down.

It may be dull to back the favourites, but they are the only standout candidates for relegation at this moment in time and as such, the 7/4 on Derby County to be relegated is a good shout. Wayne Rooney’s side stayed up more by luck than judgement last year thanks to Sheffield Wednesday’s points deduction and their summer transfer business would leave even the most devoted Rams fan feeling worried.

Martyn Waghorn, Scott Malone and Jack Marriott have all departed and as of yet, nobody of note has been brought in, leaving a tiny squad which as we saw last season, lacks quality. Tom Lawrence has been named captain, striker Colin Kazim-Richards is now 34 and there could be some more departures on the cards. With only three weeks to go, Rooney has one hell of a job on his hands to keep this lot up.