In a game that was decided by fine margins, Kane’s strike late in the first half was a trademark finish from the England captain. With his back to goal, he took a touch to get a yard on his defender and magically find the corner with a beautifully-placed effort. It was a goal worthy of equalling the late Greaves’ record for the London outfit and has further cemented Kane’s royalty and legacy in N17.

The strike also took Kane to 199 goals in the Premier League as he continues to hunt down Alan Shearer’s top-flight record of 260. Kane is a striker made to break records and while he continues to pursue the honour that Shearer currently possesses, it won’t take long for him to edge in front of Greaves to become the undisputed greatest goalscorer in Spurs’ history.

Greaves was a natural goalscorer, as is Kane, and Tottenham fans will be thrilled to have had two of English football's goalscoring icons play for their club. It’s a record that Kane has been closing in on for some weeks and it was always a case of when, not if, because he just lives to score goals which come just as easy as breathing for him.

This record-equalling came on the same day that David Ornstein of The Athletic reported that the 29-year-old is looking at extending his stay at Spurs because he is determined to end the club’s 15-year wait for a piece of silverware, not to mention getting his hand on a first career title too. 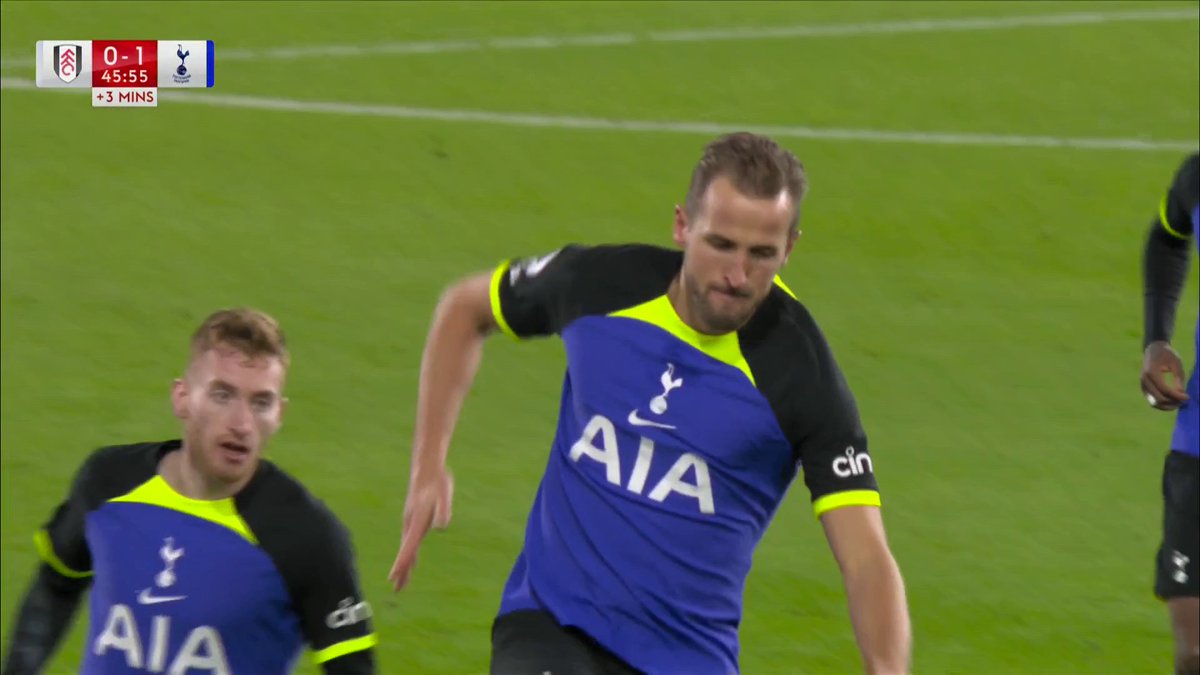 The Spurs striker is one of the few positives for supporters to take with the club’s situation at present. They may have the one billion pound stadium, a proven title-winning coach in Antonio Conte, and one of the best forwards in the world in Kane, but they still appear to be light years behind their Premier League rivals in the search for major titles. The fans are more than aware of this and amid speculation that Conte could be looking to quit the club in the summer due to lack of investment and ambition, the supporters at Craven Cottage were singing his name in support, while calling for chairman Daniel Levy to leave the club.

Kane’s tally in the Premier League this season is 16 and when you think about how underwhelming Spurs have been this term, this further highlights his majesty in front of goal and leadership for a team that are still searching for an identity and consistency.

Unlike last year where his perfect partnership with Son Heung-min was rewarding on a regular basis, with Dejan Kulusevski chipping in with goals and assists too after his arrival last January, Kane has had to cope with the goals drying up from his attacking teammates and this just reflects just how much of a prolific goalscorer he has been for the past nine years. It also proves that it is not that easy to execute season after season. Son was the joint-Golden Boot winner with Liverpool’s Mohamed Salah last term with 23, and the pair have only scored 11 goals between them in 2022-23 with both having disappointing seasons on a personal level.

Both have been great Premier League goalscorers over the years but they do not compare to Kane who has established himself as one of the elite, as shown by becoming Spurs’ record goalscorer alongside the legendary 1966 World Cup winner Greaves. Both will be forever etched into Tottenham Hotspur history and what a pair of outstanding strikers to have as your all-time leading goalscorers - two superstars that you can never imagine being paralleled in this part of north London.