Boxing
News
Boxing is edging closer to crowning an undisputed heavyweight champion, but we've been here before
Joey Mills
17:00, 24 Jan 2022

We’ve been here before. The talk coming out of boxing today is that Tyson Fury vs Oleksandr Usyk look set to meet in a clash for the undisputed heavyweight championship of the world. Boxing’s banner division is never short of a rumour, and the past few years have been a never-ending cycle of speculation. Anthony Joshua vs Tyson Fury was the previous fight du jour whispered about between insiders, journalists and the social media-savvy public. Now that fight has been superseded by the idea of a Usyk-Fury meeting. Are the rumours any more substantial this time? And if they are, what could the fight mean for boxing as a whole?

The Telegraph’s veteran combat sports scribe Gareth A. Davies is the source of the latest talk surrounding this heavyweight humdinger. Davies reports Anthony Joshua is being offered £15 million to step aside and allow a bout between WBC, The Ring and lineal boss Fury and WBO, IBF and WBA king Usyk to take place. The agreement would include a bout between Joshua and the winner of the heavyweight super-clash. It is important to stress nothing is yet confirmed, and there are conflicting reports on whether the way is now clear to put on the fight.

Both champions have mandatory commitments to take care of in theory. While it appears Joshua is happy to wait longer for his shot, WBC mandatory Dillian Whyte may not be so accommodating. The negotiations for ‘The Body Snatcher’ to face Fury have been fraught, with the Brixton boxer reportedly rejecting a number of financial offers. The parties have been given an extended deadline of this coming Wednesday (26th January) to come to an agreement. The result of that purse bid should shed more light on whether we can realistically expect a Fury vs Usyk collision.

These permutations and obligations may seem complex, but it is to be expected when the fight in question is the biggest boxing can stage at present. The sport has not had an undisputed heavyweight champion since Lennox Lewis defeated Evander Holyfield in 1999. After the wilderness years that followed the Brit’s retirement, the Klitschko brothers enjoyed a period of dominance. That era was hugely commercially successful in mainland Europe, but on a worldwide scale there had never been less interest in the heavyweight division. While Wladimir and Vitali racked up victory after victory, the wider boxing world turned its attention to Floyd Mayweather, Manny Pacquiao and an absolutely stacked welterweight division. 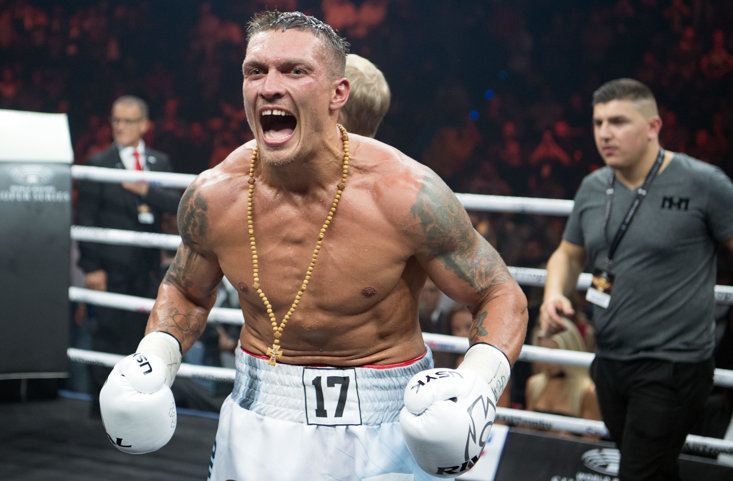 The heavyweight scene is now back on top of the sport, with Fury, Usyk, Joshua, Whyte, Deontay Wilder and Andy Ruiz Jr leading the way. All that is missing to ratify this as a great era for boxing’s blue riband division is an undisputed king. The negotiations have been long, fraught and frustrating. But the potential rewards are incredible.

Usyk vs Fury could fill any outdoor stadium on the planet. What’s more, the stylistic match-up would be fascinating. We’ve seen how both men get on with big-hitting bombers, having defeated Joshua and Wilder respectively in their last outings. Now, the two chess masters amongst the big boys look set to meet. Two well-schooled, technical fighters meeting for all the marbles has its own unique pull. Whoever emerges as the winner, the idea of them defending every significant heavyweight belt against Anthony Joshua in their next fight would guarantee another huge event to follow. It is this kind of steady stream of bombast, pageantry and box office that sustains the heavyweight division at its best.

We are on the cusp of an era of heavyweight greatness to rival the 1990s Lewis/Holyfield/Mike Tyson rotation, but everyone has to play their role. Boxing fans won’t wait forever. There has been a lot of uncertainty surrounding what is to come for Usyk and Fury, and the picture changes on a weekly basis. The most crucial thing for the sport is to get title defences pencilled in for the heavyweight division’s dual champions. All the better of these defences come against each other.