Dillian Whyte signed a contract to face WBC heavyweight champion Tyson Fury this morning, with just hours remaining on the deadline, setting up a huge heavyweight showdown this spring.

In December, Fury was ordered to defend his belt against Whyte, who is mandatory challenger to the “Gypsy King” and, after his rematch win over Alexander Povetkin last March, the WBC interim title holder.

Fury’s promoter Frank Warren won the purse bids at the end of January, submitting approximately £30million, which beat the £23m put forward by Whyte promoter Eddie Hearn. Both were record bids in the entire history of boxing. Fury will take an 80% purse split as a result, around £20m, while Whyte will receive the remaining 20%.

"Oh my God. Dillian Whyte's signed his contract for $8m. What a surprise!,” Fury posted on his Instagram account.

"An absolute idiot. Should this even be a talking point? The man signed, for the biggest pay-day he's ever going to get in his life." 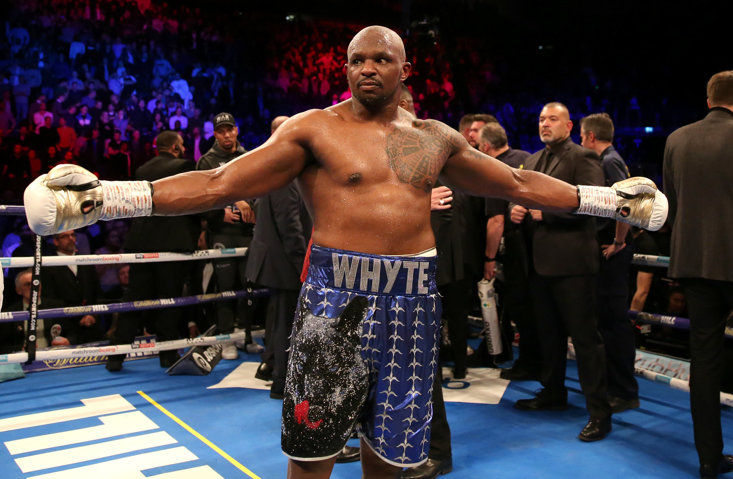 The Brixton heavyweight has been inactive since stopping Povetkin last year, avenging a brutal stoppage defeat to the Russian in 2020. Fury, meanwhile, comes into the fight on the back of a stoppage win over Deontay Wilder in a Fight of the Year contender, putting an end to the thrilling trilogy shared between the Brit and American.

Warren says the fight will take place on British soil, with Wembley Stadium a possibility. Should the fight take place in the UK, it will mark Fury’s first fight on these shores since 2018.