Steven Gerrard is about to lead a title defence with Rangers, Wayne Rooney is fighting fires at Derby County, and Frank Lampard has made it known that he’s more than ready to get back onto the managerial merry-go-round after his sacking by Chelsea earlier this year. It’s fair to say there are good news and bad news stories when it comes to the exploits of England’s ‘Golden Generation’ in the world of coaching.

But the latest former Three Lions star set for a managerial gig is John Terry after the announcement that the controversial ex-Chelsea and England captain has left his job as Aston Villa assistant head coach in the hope of soon taking up the hot seat somewhere in the near future.

Terry spent the last three years as Dean Smith’s number two at Villa Park, fulfilling a role many onlookers wouldn’t have expected of the brash former centre-half. While Gerrard did an apprenticeship in Liverpool’s academy before heading to Ibrox and Rooney was Phillip Cocu’s right-hand man as a player-coach prior to the Dutchman’s sacking at Pride Park, many picked Terry to leap straight into a management role as his old teammate Lampard had done when taking charge of Derby. 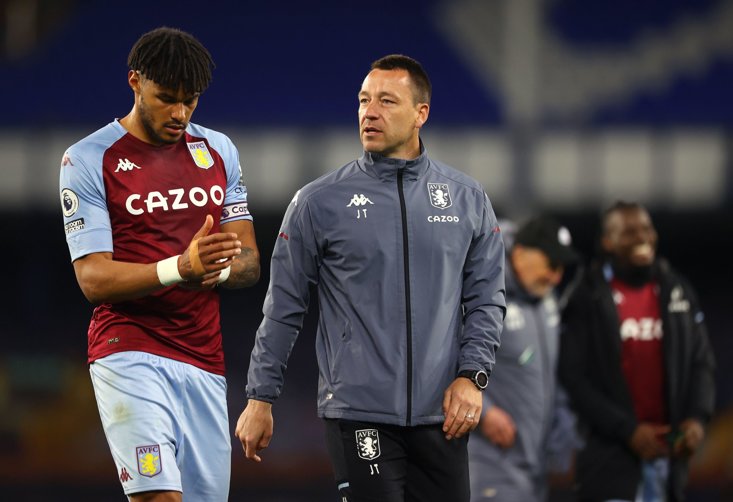 Yet under Smith, Terry has quietly gone about picking up hands-on experience in coaching. For a player who was the on-field leader of Chelsea for the likes of Claudio Ranieri, Jose Mourinho, Guus Hiddink, Carlo Ancelotti and Antonio Conte, it might seem a surprise to some that he would have believed himself in need of further guidance under a relative rookie in top-level management like Smith. But clearly the three years served at Villa Park have come as a massive lesson to Terry.

“Gaffer… I will forever be indebted to you for giving me the opportunity to start my coaching career at such a wonderful club,” Terry wrote to Smith in a touching Instagram post. “Allowing me into board meetings, difficult player conversations, meetings with potential new players and presenting to them our ambitions, has been the best insight I could ever have wished for.

“Watching you work and prepare and learning from you every single day as well as allowing me time on the grass to develop as a coach has been the best education I could ever have had. You have taught me to never be too high after a win and never be too low after a loss, always how can we improve to make us better for the next game.

“I have loved every minute of it and learnt so much from you, I’m so proud of what we have achieved at the club you loved and supported growing up.” 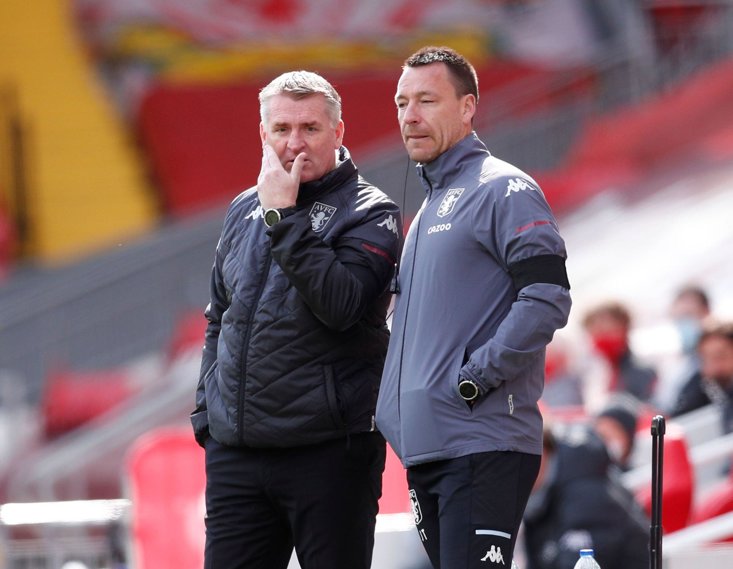 But he hasn’t only learned from the Villa boss during the last few years, with his success in attaining a UEFA Pro-Licence with the FA earlier in 2021 meaning he has not only picked up the qualifications necessary to manage at the elite level but also absorbed further wisdom from important leaders in the game as part of his education.

His humbleness has caught some by surprise, but his influence on players has clearly been huge, with England stars Tammy Abraham and Jack Grealish being among those to quickly pay tribute to the work the “legend” did in his Villa spell, and Terry has made it clear that he would love the opportunity to follow in Lampard’s footsteps by managing Chelsea one day.

While Thomas Tuchel’s job is more than safe for now after the Blues’ Champions League success in May, the revolving-door nature of managerial life at Stamford Bridge suggests that Terry will get a crack at the gig at some point in the future so long as he makes an impression elsewhere in the meantime.

And that leads us to step one. Who will take the plunge with Terry? While Swansea City are among those to have been speedily linked with the former England captain, Terry claimed in his statement upon leaving Villa that he would like to spend time away with his family before making the leap into management. That would suggest he is more likely to come in midway through the 2021-22 season, and no job ever comes up because a team is doing too well. He may well find himself taking the plunge in a similar situation to the one Rooney was left with at Derby last term rather than those Lampard and Gerrard had laid in front of them when they took over in pre-season with a plan very much written up.

However it happens for John Terry, it is going to happen soon. And we will quickly find out just how much he has developed as a coach and a leader during his Aston Villa apprenticeship.