Time to ditch those summer hobbies as the return of Premier League football draws near. You can drain that home-brewed beer that tastes like Space Raiders and armpits out of the bath, disassemble that Airwolf jigsaw and take that DVD of Britain’s Greatest Railways with John Fashanu back to the tip where you found it. It’s time to strap in for another season of unrelenting football, this year with an added morally-questionable World Cup!

To help prepare you for the new season, The Sportsman has procured a Flux Capacitor from Knock-Off Nev down the pub in exchange for a blue carrier bag filled with pirate copies of Shanghai Knights and an opened packet of luncheon meat. Here’s what we found out when we definitely 100% travelled through time to experience the 2022-23 Premier League season.

Fans of middle-aged men who post selfies in tiny shorts and have their own catchphrase will be delighted to know Cristiano Ronaldo stays at Old Trafford for 22-23. The Portugal international flying to Sheriff Tiraspol on deadline day wearing a placard saying “Will Siuuu For UCL Football” is quickly forgotten.

Ronaldo ends up demonstrating complete buy-in to Erik ten Hag’s energetic pressing football by scoring penalties against Brighton & Hove Albion and Brentford. The 37-year-old hits a slight roadblock against Liverpool when he gets frustrated at his lack of service and folds Lisandro Martinez into a paper aeroplane.

But it’s not how you start, it’s how you finish and Ronaldo ends the season with a solid 21 Premier League goals. His teammates score six between them.

Nottingham Forest manager Steve Cooper is the first casualty of the managerial merry-go-round. The owners look at a dressing room containing Jesse Lingard and Dean Henderson and decide only one man can turn this team into a “fantastic” one. Enter: Ole Gunnar Solskjaer.

Solskjaer’s position becomes untenable when he repeatedly turns up late to training. It later transpires it’s because the ex-Man United boss is entirely avoiding the A52, known as Brian Clough Way, on his commute out of respect for “the boss”. 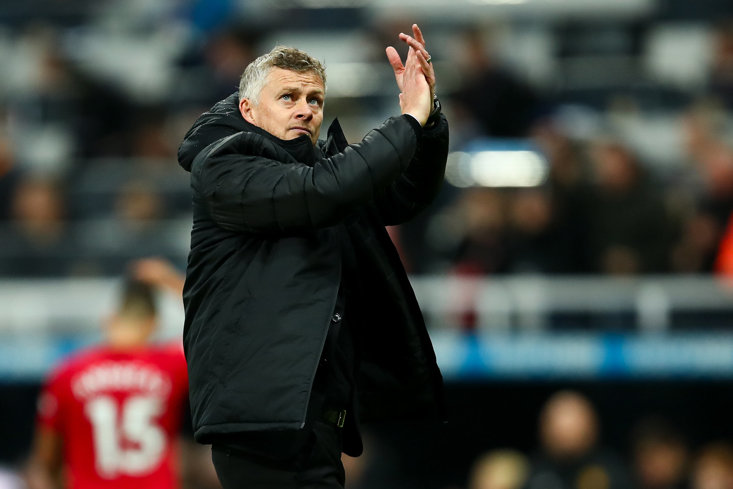 Arsenal’s long-term project finally bears fruit next season, as Mikel Arteta’s philosophy of buying his mates from Manchester City pays off. The Gunners are so good in fact that AFTV, the vitriolic echo chamber that sees more lads in headphones arguing than an F1 pitlane, is forced to close its doors.

Arsenal’s renewed sense of quality gives Ty, Robbie and the gang very little to complain about on weekends. Viewership plummets as the lads cycle through hackneyed ideas to stay on the air. Ty’s spin-off series where he attempts to put formal outfits together using the 50% off rail in the club shop goes south when he’s ejected from a wedding for wearing a Welcome Willy shirt he insists is related to Saliba.

Sensing the end is nigh, Robbie returns to his true calling: the world of reggae. I mean just check out these mic skills.

The Title Race Is Exciting… Until It Isn’t

The title race gets off to an electric start, with Crystal Palace taking an early lead. Several think-pieces are written on why Patrick Vieira is the man to break the Liverpool-Man City duopoly, loving editorials are penned describing Wilfried Zaha as George Best for the TikTok generation.

This all happens on the opening Friday of the season, as Palace beat Arsenal 1-0. On the Saturday, Liverpool beat Fulham 7-2. City, wounded by their total of 0 points from 0 games, keep their slim hopes alive by eviscerating West Ham United 8-1 on the Sunday.

Jurgen Klopp and Pep Guardiola’s sides never look back, occupying places one and two in the table for the entire season while Sky Sports tells us how exciting it all is. Best league in the world.

The Haaland vs Nunez Battle Is Won… By Jamie Vardy

This has truly been the summer of strikers, and last season’s title contenders have strengthened in a big way up front. Blonde goal-mountain Erling Haaland has joined City from Borussia Dortmund while part-man-part-ponytail Darwin Nunez has signed for Liverpool from Benfica. So which of these two titans ends the 22-23 season atop the scoring charts.

The answer is Jamie Vardy. Knowing he has a new generation of forwards to keep up with, 35-year-old Vardy spends his entire summer marinating in Red Bull, interrupted only by wife Rebekah walking in to tell her what Coleen and Wayne have been up to.

Emerging from his energy-bath like a freshly-forged T-800, Vardy destroys all in front of him to take the Golden Boot. To celebrate, Jamie eats two tins of Heinz Beans & Sausage out of said boot.