Football
News
Anything Is Possible: Be Brave, Be Kind & Follow Your Dreams is the first book from the England gaffer
Jack Porter
12:00, 26 Nov 2020

There was a time. A most glorious time. Smiling faces congregated closely together in large, open spaces. Embraces between strangers. Drinks predominantly of one colour cascading onto the persons below. A beaming Sun joining in the revelry. Generations will continue to whisper down the line of this mythical season of pure ecstasy.

It was the summer of 2018, and the man responsible for this ebullience was Gareth Southgate.

Over the course of several wonderful weeks, the most successful England national team manager in three decades went on to achieve what only two men before him have ever done, to take the Three Lions to the semi-finals of the World Cup. The precious trophy may have ultimately eluded, but for the first time in many a memory were positive ones. Gareth Southgate’s young men became the pride of a nation, with the coach himself showing the stellar leadership, dogged determination, tactics, and passion that many had accused of eluding him. His humility and ethos is present with his new publication ‘Anything Is Possible’,  Southgate has returned to brighten up a fairly demoralising year, inspire the younger generation, and educate, inform, and, like that England team in Russia, entertain. 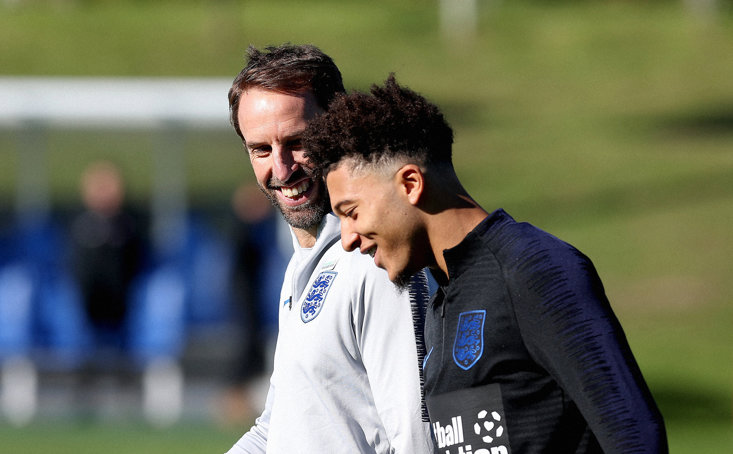 The book is “for any young person who is ever uncertain, confused, or doubts themselves and thinks they’re the only one feeling the way they do”. Separated into three chapters, Be Brave, Be Kind, Follow Your Dreams, reflected in the longer title. Nicely presented confidence-boosting stories, pages easily flicked through to demolish these manageable, bitesize life lessons.

“If I can go from a skinny, introverted teenager who was told he wouldn’t make it as a player to someone who played and managed his country then I’m clear that ‘anything is possible’,” the England gaffer writes, “By sharing some of the experiences and lessons from the highs (and lows!) of my career, I hope to help young people to prepare for the journey ahead of them.”

Southgate explores the unending learning curve, not just from his role as England’s man, but from his time as Middlesbrough manager, where he was a loyal, though perhaps not spectacular, servant. Southgate is aiming for the reader to welcome obstacles, embrace struggle, and find value in oneself, in other words, like supporters did observing the England squads adventures in Russia, to enjoy the journey.

For the anxious reader looking for a bit of direction, there are the parables of JK Rowling, Anthony Joshua, and Leonardo DiCaprio, accompanying instructions to ‘Get Resilient’ and ‘Max Out Your Mindset’ and ‘Ditch the Duvet Day’. 2020 may have ended up slightly darker than 2018, but Southgate is here to inform, the future is bright.

Anything Is Possible: Be Brave, Be Kind & Follow Your Dreams, by Gareth Southgate, Century, £16.99