Gareth Southgate deserves huge praise. No England manager has managed to handle the media and speak with as much assurance and dignity as the 50-year-old, who has had to confront some of the toughest issues in not only our game but our society as a whole.

The scrutiny and criticism that comes as a result of being in this job is unrivalled, yet Southgate is a calming oasis when put in front of journalists. He is the port in the England storm. Before he took the job, major tournaments were a feeding frenzy for rumours and negativity about the England team, yet at the 2018 World Cup and beyond, he managed to change all of that.

This week he has had to respond to England fans booing their own players for standing up to racial inequality, and as ever, he spoke with confidence, maturity and pride.

“We feel more than ever that we are determined to take the knee throughout this tournament. We accept that there might be an adverse reaction but we're going to ignore that and move forward.

“I think those people should put themselves in the shoes of those young players and how they must feel. If that was their children – if they're old enough to have children – how would they feel about their kids being in that situation? The most important thing for our players is for them to know we are totally united on it.”

Southgate has a talented squad of players at his disposal, and criticism online is as high as it has ever been for the man who led England to their first World Cup semi-final in 28 years. But the manager, who knows England’s young players better than anyone else, knows when to protect them and when to expose them.

Three years ago, after over a decade of PR-protected players being asked pre-submitted questions, we were finally given the chance to get to know our England stars. Southgate set out to change things with an NFL-style open media day, where every player was available to answer any questions journalists had for them. It was refreshing. 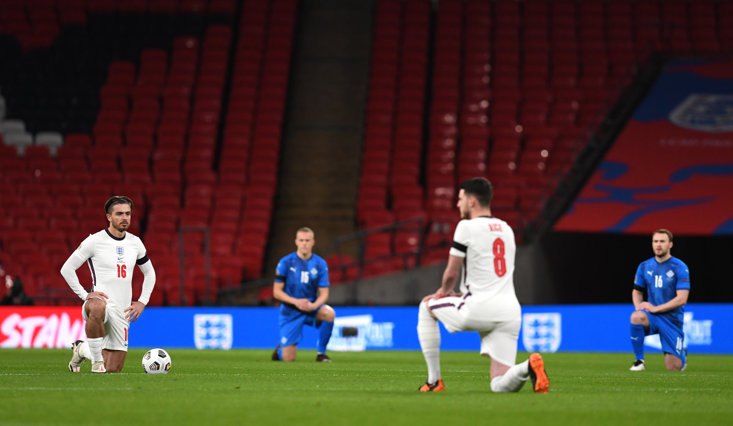 The feel-good factor continued to Russia where players would regularly play darts against the journalists who had travelled. In 2010, the England players were kept under lock and key by Fabio Capello, Southgate took those shackles off. For a relatively inexperienced manager, he was always on hand to answer any tricky questions head-on, such as those on potential racism in Russia, and this sense of honesty just made the Three Lions and Southgate himself, so much more likable.

He gives great thought to every question, no matter how difficult, and gives the journalist the respect of a well-thought-out and reasonable answer. There will be no snapping in his press conferences, and the maturity that he showed in his playing career has transferred itself into the press room. Roy Hodgson, Capello and Sven-Goran Eriksson, managers with many more years of experience have not handled the press with as much care as Southgate does.

Whether you agree or disagree with some of his tactics, as a man and a representative of this country, we can all be proud of our England manager going into Euro 2020.

Want to know more about England's Group D opponents? Here's what the Czech Republic, Scotland and Croatia have to offer...