Athletics
News
There should be a thrilling night of track action ahead
Gary Maiden
17:02, 28 May 2021

The Diamond League meet in Doha takes place today and there are some thrilling match-ups for us to look forward to.

The men’s sprint scene isn’t the foregone conclusion that it seemed to be a couple of years ago, and that is good news for fans of the sport.

There is an enthralling battle in the women’s 100m, and the men’s 400m isn’t to be missed.

So, without further ado, let’s see what we have to get excited about.

It would appear that the 100m race has been shelved for now by some of the top sprinters, with the likes of Andre De Grasse, Justin Gatlin, Kenneth Bednarek and even Great Britain’s Adam Gemili competing in the 200m.

Gatlin, at 39, has recorded the fastest 200m time out of anyone in the field, and isn’t to be dismissed. He has found form at just the right time, as our preview of the main men in the Olympics 100m discussed.

Drawn in lane eight, he will have to do it the hard way, but the American is used to that since returning from his drugs ban.

The most intriguing battle may come between lanes five, six and seven, with De Grasse, Bednarek and Aaron Brown looking the most likely to lay down a marker here. Both De Grasse and Bednarek have a personal best of 19.80s, but it is the American in Bednarek that has recorded the quicker 200m this season, and by some distance. His 19.93 came just last week and will take some stopping out in Qatar.

While De Grasse leads the Canadian charge over 100m, Aaron Brown might have the beating of his compatriot over the longer distance. His season best of 20.26 is considerably quicker than De Grasse, and he may be capable of spoiling the party.

Gemili has run 200m in under 20 seconds before, but his season best of 21.18 suggests that he is up against it here. 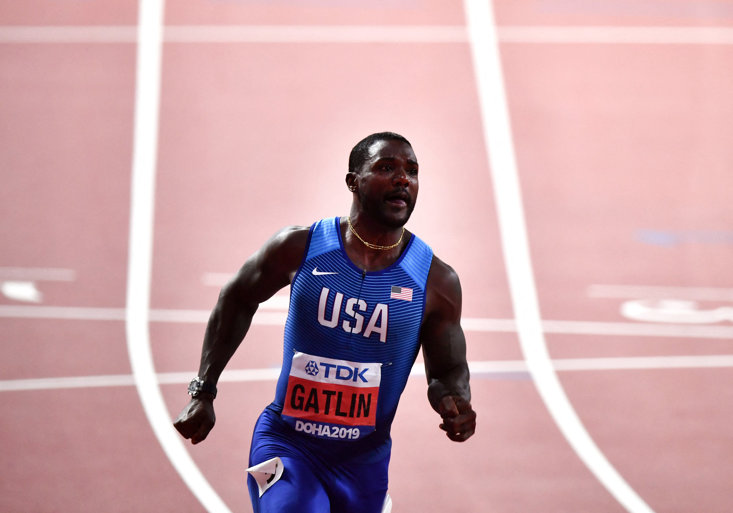 All eyes might well be on Shelly-Ann Fraser-Pryce in the 100m, but she has her hands full if she is to cross the line first.

One lane inside of her is Ivory Coast contender Marie-Josee Ta Lou, who has recorded a quicker time than the Jamaican this season, but only by 0.03 seconds.

While they may be the pair most capable of pulling out a performance on the big stage, it is Blessing Okagbare and Javianne Oliver who enter the race in better form.

Both have recorded personal best times of 10.97 this season, and their recent form and the obvious class of the aforementioned pair make for a thrilling spectacle.

Picking a winner in this race is a serious challenge. Faith Kipyegon, the Olympic 1500m champion, has made no secret of her fondness for the shorter distance and won this very race last year.

Her time of 1:57.68 should take her close, with Great Britain’s Keely Hodkinson looking to take advantage if not.

The 19-year-old has a victory to her name at last week’s Ostrava meeting and will enter the race brimming with confidence.

Other potential winners who have clocked quicker times than Kipyegon’s winning effort last year include Rababe Arafi and Natoya Goule.

Arguably the pick of all the races, the men’s 400m contains three men that should bring out the best in each other.

With a personal best of 43.45, Michael Norman is rightly installed as the pre-race favourite ahead of fierce rival Fred Kerley.

Kerley beat both De Grasse and Gatlin over 100m just last week, so if he finds himself on the shoulder of Norman heading into the straight, he may have the sprint finish to take the win here.

Grenadian Kirani James, with a personal best of 43.74, specialises in the 400m and will surely be on hand to capitalise on any slip ups that the front runners may make.

This particular Diamond League meeting may give us a better indication of who is best prepared for the approaching Olympics, and with a number of intriguing match ups to look forward to, it isn’t to be missed.