Athletics
News
There will now have to be two flag-bearers, one male and one female
Simon Lillicrap
15:01, 08 Mar 2020

The Olympics Opening Ceremony is one of the most iconic events on the planet. Every country’s athletes walking around the stadium behind a nominated flag bearer is a simply iconic image, a tradition that is now over a century old.

However, this year there will be a slight change to the historic flagbearer. Instead of just one per nation, there will now be two, one male and one female. This is another step towards gender equality, back in 1900 just 22 women competed in the games out of 997 athletes yet this year, 48.8% of the 11,000 athletes will be female.

“We encourage all national Olympic committees to make use of this option (of the double flagbearer),” Bach said in a statement. "With these two initiatives, the IOC is sending another extremely strong message to the world that gender balance is a reality at the Olympic Games.”

The IOC have also confirmed that every one of the 206 delegations must include at least one male and one female. Saudi Arabia only included its first female athlete in 2012 and is another step towards international equality in sport.

One famous flag-bearer from the last Olympics in Rio was oiled-up Tongan superstar Pita Tuafatofua and there will be a few athletes hoping to make a name for themselves with a similarly stunning performance. 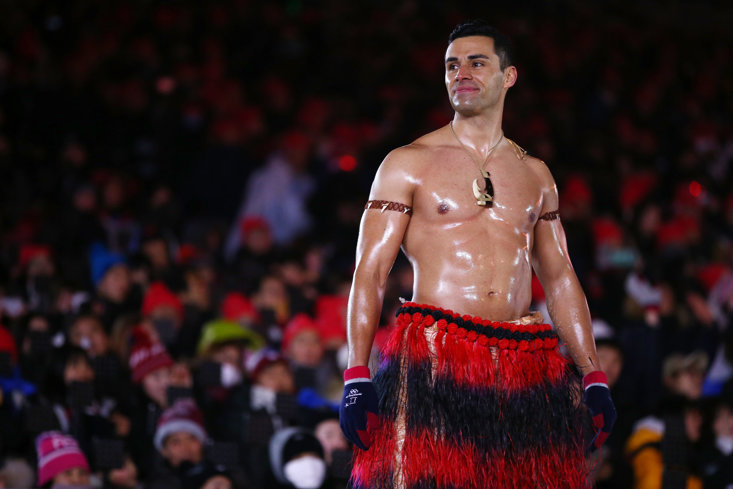 For Great Britain, Cricketer Kynaston Stuff was the first person to carry the flag at an Olympics in 1908 although as cricket was not played at that games he was not an official competitor. The first woman to carry the flag came in 1932 at the Winter Olympics when figure skater Mollie Phillips carried the flag in New York.

This may have seemed ahead of the times until you realise that Team GB’s team in 1932 consisted of just four athletes, all-female figure skaters. Phillips was aged 24 and essentially skating with children, the second-oldest athlete on Team GB was just 13.

In recent years, Lizzie Yarnold, Andy Murray and Chris Hoy have carried the flag while Kate Howey was the last female to carry the flag at a summer Olympics, representing Judo in 2004.  This year, Dina Asher-Smith is surely the front runner to carry one of the flags, while the male representative seems harder to choose, with Adam Peaty a serious contender.