By George – a British driver at Willams

Williams F1 have announced 20-year-old George Russell is to join their team for the 2019 season. As yet there is no indication who will be his garage-mate. The head dictates another Mercedes academy graduate, the established Esteban Ocon, should be given the role. The heart says Williams will give it to the highest bidder and Sergey Sirotkin’s sponsors may not have the highest bid in the auction sale. Only time will tell. The moral victor would be the undoubtedly talented and loyal reserve driver, Robert Kubicia who is a proven F1 winner after all.

So 2019 will feature at least three British drivers on the starting grid with poster pin-up Lewis Hamilton joined by newcomers Lando Norris (at McLaren) and the aforementioned George Russell at Williams.

Anyway, there’s just four races remaining in the current season and Sebastian Vettel needs a miracle of biblical proportions to claim the title. Indeed 2019 will represent the year Lewis Hamilton wins the World Drivers Championship for a fifth time. The only other inevitability is him gifting a race victory or two to his teammate, Valtteri Bottas, before the final curtain call.

‘Gifting’ a race win to an inferior teammate is nothing new, especially a loyal one. However, back in 2011 in Brazil, when Sebastian Vettel had claimed 11 race victories during the year and his garage-mate, Mark Webber, none, you suspect it was through gritted-teeth.

Valtteri Bottas will surely be given a gold medal in return for his unwavering support of Lewis Hamilton this year.  He’s yet to step on the top step of the podium after all. Let us not forget, in 2015 after securing the title, Lewis Hamilton lost the final three races of the season and the victor on every occasion was teammate, Nico Rosberg.

With 57 points between second placed Sebastian Vettel and Bottas in third in the current Championship standings, the German team, who have taken to giving us ‘formation finishes’ during the slow-down lap in recent races, might well do all they can to manufacture a 1-2 in the end-of-year Drivers Championship standings.

What to expect this weekend

The cars are sure to be well strung-out this Sunday. The Circuit of Americas normally sees just a handful of cars on the lead lap by the end of the 56-lap contest. Hamilton is the clear race favourite with the bookies; mindful this is a race he has won five times since it joined the calendar in 2012.

Unlike the recent Japanese and Russian Grand Prix, we are massively unlikely to witness school children conducting the pre-race rendition of the national anthem. Military personnel equipped with guns are order of the day in the USA. Throw in plenty of flag hoisting, saluting and even military demonstrations of Navy SEALs descending from battleship helicopters.

Indeed it is sure to be a far cry from the Russian experience where President Vladimir Putin sat in the grandstands alongside former F1 supremo Bernie Ecclestone watching the concluding laps of the Sochi race. Just where were American Chase Carey, the chief executive officer and executive chairman of the Formula One Group, and his countryman, F1’s commercial boss, Sean Bratches that afternoon? We’ll see plenty of them amongst the self-glorification in Texas.

George Russell
@GeorgeRussell63
I've dreamed of this moment for as long as I can remember...
And now I can finally say it - as of 2019, I'll officially be an @F1 driver for @WilliamsRacing!
To everyone who made this possible - thank you, it means the world to me! I can't wait to get started!! #F1 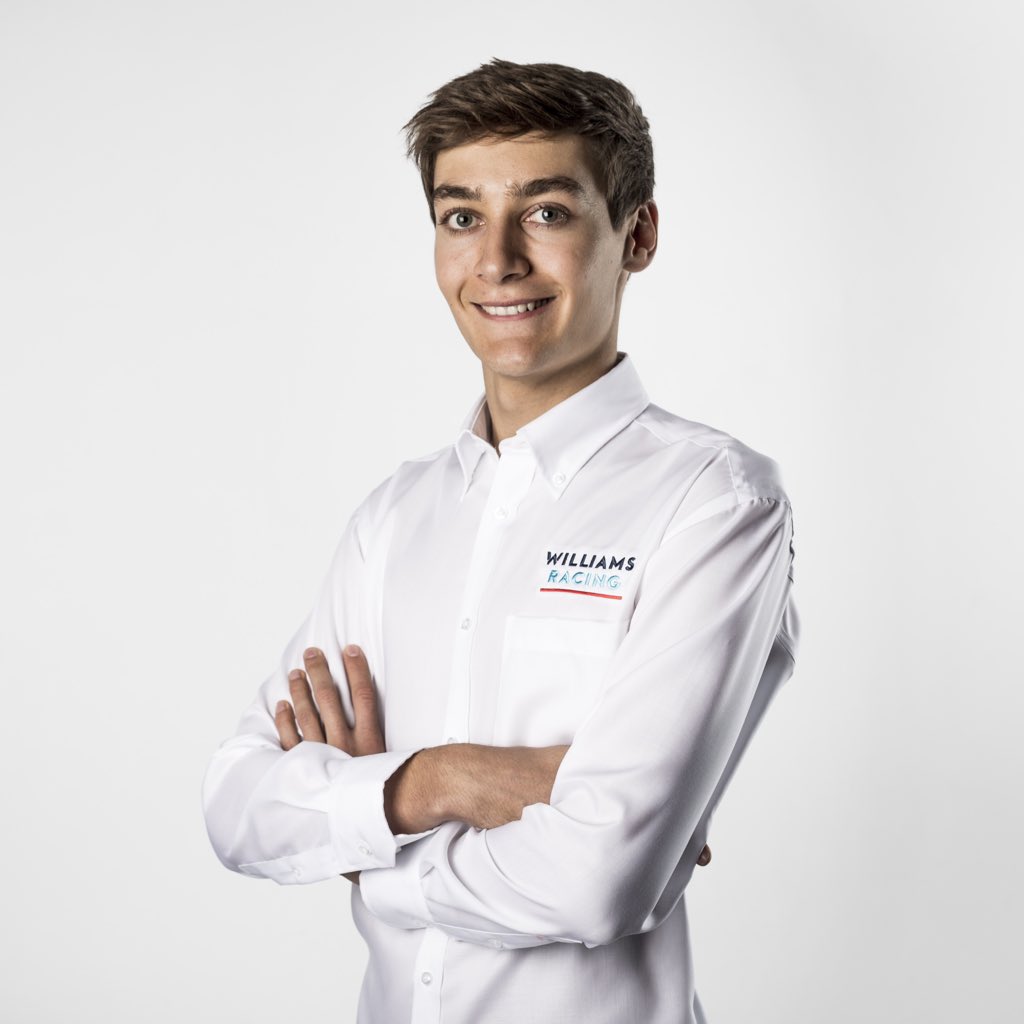