“Have you ever seen Gerrard win the league?” goes the mocking chant with a rather course response. But right now, Steven Gerrard stands within just seven points of his first league title as a player or manager thanks to the demolition job Rangers have done on the Scottish Premiership this season.

It seems anomalous that Gerrard should have played almost his entire career at Liverpool, one of English football’s most storied clubs, without winning a league title. But he stands alongside Bobby Moore as one of only two 100-cap England players never to have lifted a championship. In management, though, he is set to end his drought just three years in, and in the most spectacular of fashions.

Rangers are not just set to end Celtic’s bid for a historic 10th title win in a row, but they are also within eight games of completing an unbeaten league season. They have an 18-point advantage over their city rivals, who have dropped off the pace so badly it is arguable that Rangers could pack up now and they still wouldn’t be caught. And while the contributions of players like Alfredo Morelos, James Tavernier and Connor Goldson cannot be overlooked, Gerrard’s transformation of the Gers has been remarkable.

When he took over in the summer of 2018, Rangers were reeling from a season in which they had finished a distant third to Celtic and Aberdeen, been knocked out of the Europa League in the first qualifying round by Luxembourg minnows Progres Niederkorn, and gone through three managerial regimes. 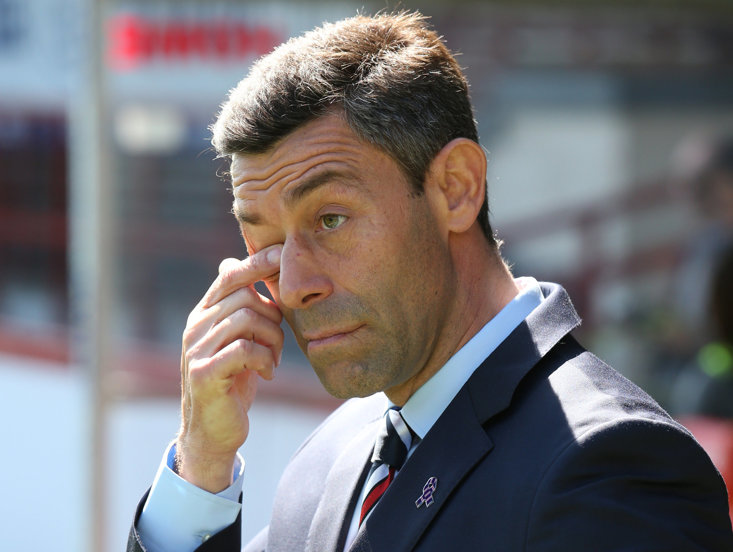 Following the October sacking of Pedro Caixinha, Graeme Murty had been put in caretaker charge for the remainder of the season, but after a 5-0 mauling at Celtic three weeks from the season’s end, the former Reading defender was replaced by Jimmy Nicholl while the club waited on the arrival of Gerrard.

Since the Liverpool legend came in, Rangers have steadily made a title win inevitable. In his first term, Gerrard led the club into the Europa League group stage while also narrowing the gap on Celtic with a second-place finish. In the Covid-affected 2019-20 campaign, Rangers dropped away post-Christmas having initially taken the advantage from Celtic at the top, while in Europe they made the last 16 thanks to fantastic home victories over Feyenoord and Porto in the group stage as well as an epic home-and-away success against Braga in the round of 32.

But since being eliminated by Bayer Leverkusen in their delayed second leg back in August, Rangers have lost only once in 41 matches in all competitions – a Betfred Cup quarter-final exit to St Mirren in December – as Gerrard has injected the kind of uncompromising desire for success which he had seen Liverpool deliver when he was growing up in the 1980s.

They simply have not let up, and what’s more, they are well placed to repeat last season’s European efforts thanks to a stirring 4-3 win away to Royal Antwerp in their first leg in the round of 32 last week. But it is in the Scottish Premiership that they have their main goal in their sights. 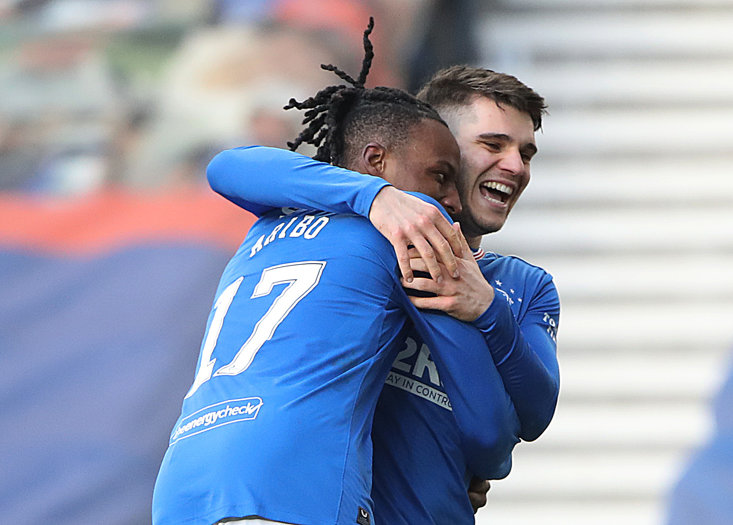 Even now, with a maximum of seven points needed from their final eight games, Gerrard won’t stand for a drop in intensity. “The one thing I won’t do is get carried away too soon,” he insisted after the 4-1 win against Dundee United on Sunday. “We have got to finish the job. The opportunity is there for us but we have won nothing yet.

“The main thing that has pleased me at the moment is that the players are really in the zone. I can see the focus, I can see the determination.”

For a man in his first job, Gerrard has done fantastically well. Sure, there will be questions about the standard of the Scottish leagues compared to years gone by, but the Rangers of today and the side of 2018 could hardly be more different thanks to what the 40-year-old has brought to Ibrox.

Where there was lethargy, complacency and inadequacy there is now desire, professionalism and ruthlessness. Very soon, and perhaps as early as 6 March, Rangers will be Scottish champions for the 55th time, and the first since their very public financial meltdown and subsequent liquidation of 2012 which resulted in them starting again from the Third Division.

It has been a very long road back, but the toil will only make Gerrard’s first-ever league title even sweeter.