As Gervonta Davis made his way to the ring at San Antonio’s Alamodome to face Leo Santa Cruz on Saturday night, draped in a shimmering robe with the colours of the Mexican flag emblazoned on it whilst adorning a giant sombrero, the similarities between Padawan and master were stark. In 2007, his mentor Floyd Mayweather Jr, to whom Davis has long been the heir apparent, wore the exact same outfit (sans face mask) against another boxer of Mexican descent, Oscar De La Hoya.

The Baltimore native has never shied away from his ambition to use the blueprint laid before him by Mayweather to reach his own superstar success, "I had a lot of experience [from the amateur ranks], but I learned how to keep my composure. Floyd told me to stay calm, and I studied Floyd Mayweather [videos] when he was 'Pretty Boy’,” he told the press after claiming the IBF super-featherweight strap from Jose Pedraza in 2017. Soon after, Floyd announced to the world that Davis was his protégé and the future of boxing

There are certainly worse blueprints to follow for any budding prizefighter; Mayweather retired undefeated, a five-weight world champion, undoubtedly one of, if not the best fighter of the modern era and, perhaps most importantly, he finished unimaginably wealthy and with his health still intact. But are these two incidents of inappropriate, culturally insensitive ring walks, separated by more than a decade of boxing, a sign that Davis might be following the Mayweather blueprint too closely? 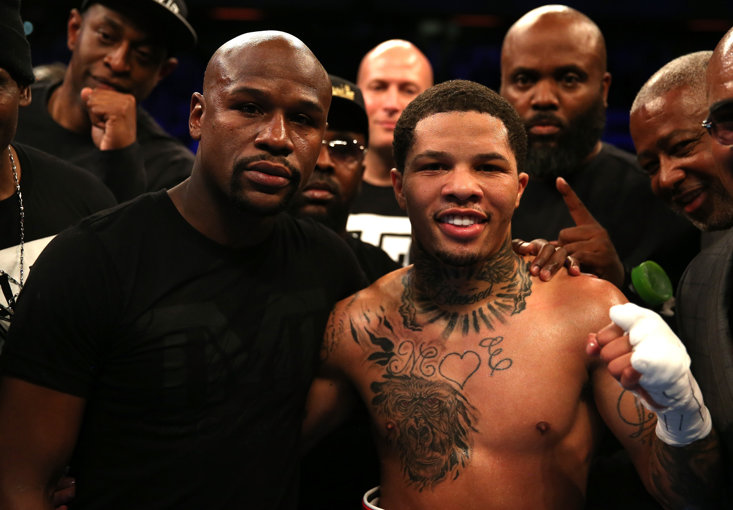 There’s a problem with trying to replicate Mayweather as Adrien Broner, the former heir apparent to Mayweather’s throne, found out. It doesn’t seem that long ago that Broner, another fighter who wanted desperately to follow in Floyd’s footsteps, was in similar shoes to what Davis is in now. He had the world at his feet, or at least he thought he did given his often unwarranted brashness, but then came bad behaviour out of the ring and the defeats in it, his defence a cheap imitation of the man he aimed to imitate, and sooner or later the man they called ‘The Problem’ had been solved like an easy morning sudoku and was all but forgotten about.

Davis, though unbeaten and certainly living up to his ‘Tank’ moniker with a 95.83% knockout rate from his 24 professional bouts, hasn’t yet lit up the boxing world in the way Mayweather did in his aforementioned ‘Pretty Boy’ days, but his sickening sixth round uppercut knockout of Santa Cruz at the weekend, himself a four-weight world champion, showed that Davis is a superstar in the making. In fact, it was a knockout that blew away anything in Mayweather’s 50-fight highlight reel.

His next steps are important. Gervonta ‘Tank’ Davis is a superstar and has all the tools to dominate the sport for years to come - follow Mayweather’s guidance by all means but ultimately be your own man. The last thing boxing needs is another squandered talent.