Football
News
Questions are starting to be asked over the promising youngster's lack of game time with the Canaries
Conor Keane
09:35, 23 Oct 2021

Chelsea fans are not best pleased right now. And it has nothing to do with the goings-on at their club, but rather at Premier League strugglers Norwich City where their young star Billy Gilmour has not featured in the league for over a month. With so many bright young talents who need to be handed first-team experience in preparation for a starring role at Stamford Bridge, the club is always going to struggle to have all their loanees playing regularly.

Gilmour is one of the brightest stars Scotland has seen in years, and while he has a prominent role in Steve Clarke’s Tartan Army, he is struggling to gain minutes under Daniel Farke in Norfolk as the Canaries once again find themselves in deep water in the top flight. It is fair to say that Gilmour will be the most technically gifted player at the club and deserves to be given game time in a side still searching for their first win of the season.

With the high regard that the youngster has in his homeland and in west London, Chelsea fans are within their rights to be annoyed at their young prodigy not getting much-needed match action.

After starting in Norwich’s first three league fixtures of the campaign, it seemed as though Gilmour’s spell in the east of England was going to be a fruitful one. The Canaries recently managed to secure their first points of the season with back-to-back 0-0 draws with Burnley and Brighton, and even though this is small progress for Farke’s side, it is a step in the right direction. It may be hard for Gilmour to regain his place in the side.

Farke has put some clarity on the situation that has seen the Scotland international absent from the starting 11 for the last month, saying: “Yes he was not in the Burnley game or for Everton, but to be honest he had a difficult pre-season where he came in late due to his Covid situation and due to the Euros.

“He played in the first six games, more minutes than any other midfield player for us. First time he was out against Arsenal because he had played three games for his country. I also have to look after this guy because he is coming from a situation last season where he never started for his national team, and he hardly started for Chelsea. 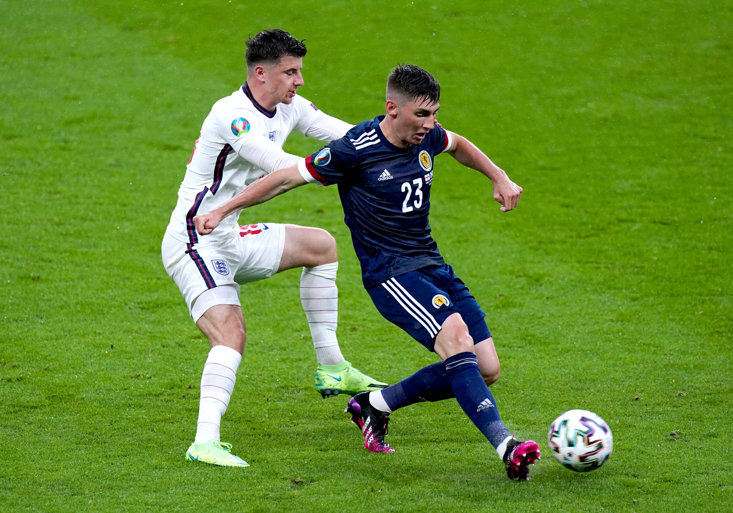 “Second time he was out was against Everton. He was the only midfield player who had played 180 minutes in the seven days before against Watford and Liverpool. The first time he was perhaps a bit surprised to be out was against Burnley where it was a special approach. Billy is a fantastic player and we’re happy we have him.

“He has many minutes under his belt and I’m sure he will add many minutes during the season. We just have to make sure we play with the players who help us win the points, there are no gifts. The Premier League is a different animal in comparison to, with all respect, playing and scoring for Finland perhaps, or to score for the USA like Josh Sargent or Billy Gilmour for Scotland.

“Billy is a fantastic player. A fantastic human being. We can always count on him as he gives 100 percent. I am happy with him.”

With the German boss making it clear that he has no issues with Gilmour, it is fair to give him the benefit of the doubt for now and see if the 20-year-old can regain his place in the heart of the Norwich midfield.

It should only become a concern to Chelsea and their supporters if, heading into January, there has been no increase in game time for the young star. A loan move will only be considered a success if it has great benefit to the player and their parent club. And that is through playing regularly, providing them with the experience they wouldn’t get by continuing to play in the reserves.

The Blues should be reminded of the success one Mason Mount had on his loan to Championship side Derby County a year before he broke into the first team at Stamford Bridge. This tried and tested method could be of great use for Gilmour should his situation at Norwich be evaluated in January.