Even amongst all the oddities of Argentina’s World Cup campaign in Russia last summer, the decision not to hand even a single minute to Giovani Lo Celso remains baffling. The then-Paris Saint Germain midfielder was relegated to the role of helpless bystander as his country stumbled through their group before falling to eventual winners France in the round of 16.

Lo Celso will not, though, be a marginal figure this summer. After a stellar campaign at Real Betis in Spain, and with numerous Champions League clubs interested in securing his services for next season, he heads to the Copa America in Brazil as a key figure in Lionel Scaloni’s new Argentina team -- “an extraordinary player,” in the words of his coach.

It is a turnaround that perfectly reflects the personal mantra that Lo Celso revealed in a 2016 interview with El Grafico: “Falling down is permitted, rising again is obligatory.”

Last August, Betis did one of the deals of the season in signing Lo Celso up to a one-year loan with a purchase option that gave them the right to unilaterally make the move permanent for a €25 million fee. They did just that in April towards the conclusion of a campaign the 23-year-old ended as the club’s top scorer in both La Liga and all competitions. His overall total of 16 goals was burnished by five assists.

Lo Celso had arrived in Europe as an attacking midfielder but was often employed deeper in Paris. At Betis, the degree of freedom afforded to him by Quique Setien’s heavily possession-based system provided him with a platform to display the full range of his talent. Not only did he score and assist, but he also showed himself to be a skilled ball progressor on the pass or dribble, a reliable receiver of possession, drawing free-kicks when he couldn’t advance, and a solid defensive contributor, often sneaking up on the blindside of opponents to steal the ball.

Betis didn’t achieve their objectives for the season -- they parted ways with Setien just hours after the final whistle of their final match -- and without European football, are likely to lose Lo Celso this summer. But they will do so at a considerable profit. Tottenham Hotspur have begun the bidding at €60 million, and both Atlético and Real Madrid are said to be monitoring the situation.

Statman Dave
@StatmanDave
Giovanni Lo Celso in La Liga this season:
3.2 take-ons per game
2.4 tackles per game
2 shots per game
Would be a phenomenal signing for Spurs. 🇦🇷 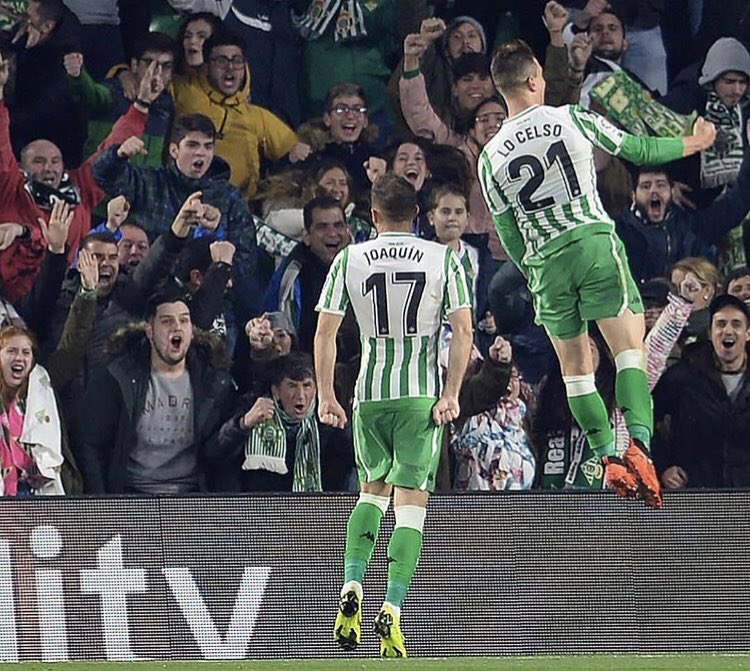 If his future isn’t sealed beforehand, the Copa América will provide Lo Celso with an opportunity to show that he can be just as decisive in a different setting. So far, the signs have been good. Even during poor team performances -- for example, in the 1-3 friendly defeat to Venezuela in March - he has shown himself capable of injecting energy and ingenuity into Argentina’s midfield. Perhaps most importantly, he might just be the guy to relieve Lionel Messi of the need to drop back and involve himself in build-up play as much as he was forced to during the World Cup, and often times before.

Argentina certainly won’t arrive in Brazil as a genuine favourite to lift the trophy. Their displays under Scaloni have been patchy, at best, and there are some underlying tensions in terms of playing style and organisational approach that are yet to be fully resolved. Other teams are far more annealed. But in Lo Celso they at least have a beacon for a younger group of players seeking to point past the generation who came so close, so often, towards a potentially bright future.