Darts
News
Gerwyn Price will be absent after testing positive for Covid-19 and has been replaced by James Wade
Kieran Spratt
16:00, 05 Apr 2021

Glen Durrant begins the defence of his Premier League Darts title tonight as the 2021 tournament kicks off in Milton Keynes and the world’s top ten players square up for a shot at one of the sport’s most coveted titles.

The 17th staging of the competition will begin with a high-profile night of action on Easter Monday, opening with a repeat of the 2020 Premier League decider between Durrant and Nathan Aspinall.

Due to the ongoing pandemic, the Marshall Arena has stepped in to host the event across four blocks of nights. The first half of the season will be held across two blocks, from April 5-9 and 19-22, as players face each other once in the league phase, before the bottom two stars are eliminated following Judgement Night.

The battle then continues in the second half of the season with Nights 10 to 12 being staged between Wednesday May 5 and Friday May 7, and Nights 13 to 16 held from Monday May 24 to Thursday May 27. The Play-Offs, where the top four players from the league table contest the semi-finals and final, will then take place on Friday May 28.

Three-time Lakeside Champion Durrant, who made his PDC debut in 2020, was crowned Premier League Champion in October but suffered a downturn in form shortly afterwards. Durrant tested positive for Covid-19 a week later, missing the year’s final European Tour event and the European Championship before suffering swift exits in the Grand Slam and Players Championship Final. The year was rounded out by a defeat in the last 16 of the World Championship to Dirk van Duijvenbode 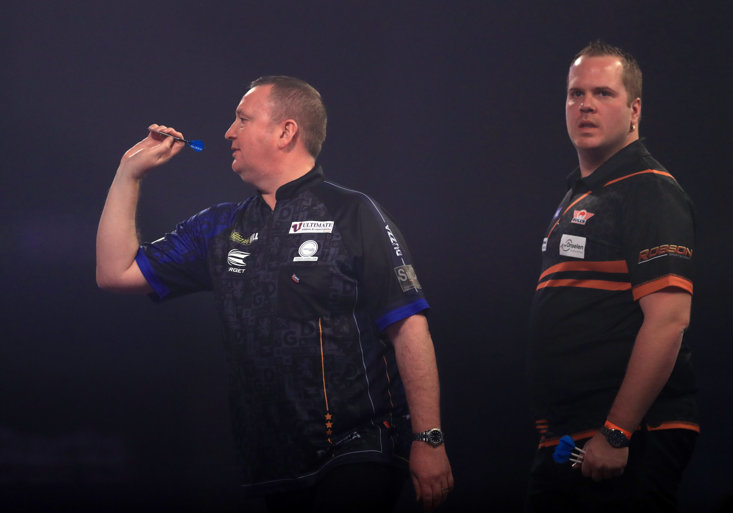 "The past six months have been really difficult," admitted Durrant.

"If I was a racehorse, my last three races would be nowhere, fell, pulled up. I need a spark from somewhere to reignite my career, and the Premier League is just that so I'm looking forward to Monday.

"You dream about being in the Premier League and it's a joy to be involved, and if I get off to a good start then it could be the beginning of the real me."

One player who we won’t be seeing on opening night is joint-favourite Gerwyn Price. The Welshman was due to play Gary Anderson in a repeat of January's World Championship final but he has now been ruled out after testing positive for Covid-19, with James Wade set to take his place.

Elsewhere, five-time Premier League winner Michael van Gerwen opens up against Dimitri Van den Bergh, the World Matchplay champion who is competing in his debut season. Van Gerwen endured a difficult 2020 campaign, missing out on the Play-Offs for the first time having topped the league phase each year since his 2013 debut. 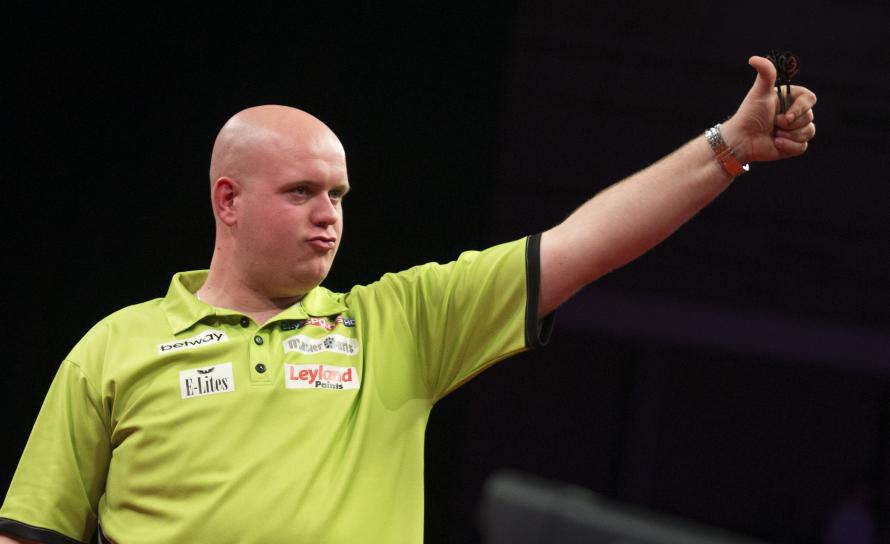 The Dutchman insists, however, that he is hungrier than ever to claim his first TV title since November.

"Last year was unusual I think for a lot of players, and I played really poorly, but now it's totally different. I think I'm in better form than I was and I'm looking forward to it," said Van Gerwen.

"Everyone knows that if I'm on my form, no-one will beat me. This tournament is perfect to get back in your rhythm.

"The Premier League is a lovely tournament and I know what it's like to win - I want to do that again."

In the opening night’s other matches, Premier League finalists Peter Wright and Rob Cross come up against debutants Jonny Clayton and Jose de Sousa, respectively, as the 2021 Masters and 2020 Grand Slam of Darts winners begin their own journey to the £250,000 top prize.