Horse Racing
News
Here's what to look forward to on day four of the Glorious Goodwood festival
Gilbert Woolley
08:55, 30 Jul 2021

There is plenty to look forward to in Friday's action at Glorious Goodwood, with the Group 2 King George Qatar Stakes being the feature race. There is lots to keep us interested before and after that one though.

The opening race on day four of Glorious Goodwood is one of the longest races of the week, run over 2m4½f.

The likely favourite is Elysian Flame for Michael and David Easterby who ran really well to finish third in the Ascot Stakes last month. The five-year-old is a consistent type and will handle any ground.

In what is a big field, Cleonte for Andrew Balding and Calling The Wind for Richard Hughes could both be competitive at decent prices but one definitely worth keeping on side is Just Hubert. Trained by William Muir and Chris Grassick, the five-year-old won this race last year and has been placed here since.

The selection is PLATFORM NINETEEN for Michael Bell. A winner of five of his 10 career starts, the son of Australia has always shaped as though going up in trip wouldn’t be a problem and if the gelding can continue to settle in the early part of his races, he will be hard to beat.

The Group 3 Bonhams Thoroughbred Stakes is all about one horse and that horse is called BAAEED.

The lightly raced three-year-old has looked potentially top class in winning all three of his races so far and left a huge impression when beating a decent field in the Sir Henry Cecil Stakes last time out. Trained by William Haggas, the son of Sea The Stars was considered for the Group 1 Sussex Stakes on Wednesday and will be very difficult to beat.

The main danger may well be Roger Varian’s El Drama who won the Dee Stakes back in May and was last seen finishing last in the Group 1 Eclipse at Sandown.

Her Majesty’s Tactical deserves a mention at a big price too having won the Coventry Stakes last season as well on seasonal debut this year. 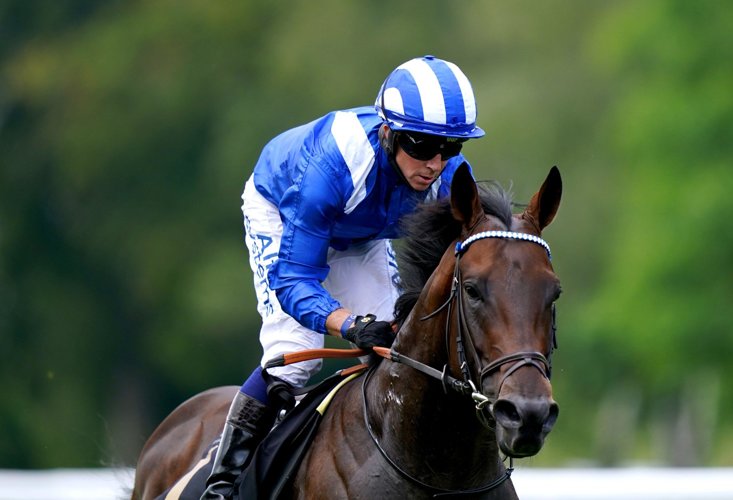 There will be a big field for this year’s Golden Mile Handicap, with Godolphin’s Path Of Thunder set to be the market leader. The four-year-old gelding was campaigned in Meydan earlier this year but since returning from the United Arab Emirates, has finished in the top two in all three of his starts.

John and Thady Gosden’s Magical Morning is the first progeny of The Lark and could run a really big race if backing up his victory at Sandown when beating Maydanny.

Johan was a recent winner at Salisbury, meanwhile Rhoscolyn produced a hat-trick of wins earlier this season and both could hit the frame.

However, the selection is SHELIR. Having finished second in four of his last six starts, the former Dermot Weld inmate is now in the care of David O’Meara and at a decent price could finally get his head back in front.

The feature race on day four of Glorious Goodwood is the Group 2 King George Qatar Stakes.

Shadwell’s Battaash is bidding for history and is looking to win the race for the fifth consecutive season. Despite being one of the best sprinters in the world, the enigmatic son of Dark Angel disappointed when finishing fourth in the King's Stand Stakes last time out and it may well be a case of his age finally catching up with him.

Glass Slippers returns to the track having not raced since winning the Breeders’ Cup Turf Sprint in November and despite running well in this race last season, the layoff has to be a slight worry.

King Power Racing have two runners with Art Power and Stone of Destiny and the former could be a real contender. Trained by Tim Easterby, the son of Dark Angel ran arguably a career best to finish fourth in the July Cup earlier this month and is a very consistent type.

The selection though is the French raider SUESA. Owned by George Strawbridge, she looked a Group 1 filly in the making after winning her first four starts and was then sent off as the favourite for the Commonwealth Cup at Royal Ascot. Despite finishing eighth last month, it may pay to stick with her and give her one more chance. Her trainer Francois Rohaut has been very positive about her chances and she may cause a bit of a surprise in Sussex.

The Group 3 Glorious Stakes has been won by the likes of Capstan, Sixties Icon and in more recent times Poet’s Word and Desert Encounter.

This year’s renewal is a wide open contest with Mogul set to go off as the favourite for Aidan O’Brien. Having won at the meeting last season, the brother to Secret Gesture and Japan has often disappointed, despite being a multiple Group 1 winner. He was last seen finishing a tailed off last in the Coronation Cup and on the basis of that run, is certainly opposable.

The old boy Euchen Glen has been a revelation this season for Jim Goldie, winning two of his last three races, including the Group 3 Brigadier Gerard Stakes, beating Fox Tal in the process.

The value may lie with PASSION AND GLORY for Saeed Bin Suroor, who is seeking a hat-trick of wins having won at Lingfield and Ascot. The gelding was very disappointing earlier this season in Meydan but Oisin Murphy is back on board and the five-year-old can make it four wins on the spin in the UK.

One of the others that deserves a mention is last year’s winner Pablo Escobarr. William Buick will ride him for the first time but the five-year-old has been disappointing so far this season.