There is plenty to look forward to in Thursday's action at Glorious Goodwood, with the Nassau Stakes being the feature. There is lots to keep us interested before and after that one though...

The opening race on day three of Glorious Goodwood is a 1m2f class 2 handicap for the three-year-olds, where Aerion Power for Sir Michael Stoute looks set to go off as the favourite.

The son of Kingman produced a hat-trick of wins earlier this season but was disappointing, when well backed in the Britannia Stakes at Royal Ascot.

Roger Varian’s Alfaadhel looked potentially top class when winning a novice at Lingfield back in May but was well beaten in the Golden Gates Stakes last month.

The value may be with the Ralph Beckett-trained PATIENT DREAM, who Ray Dawson will ride for the first time and with the ground being no issue, he could be the one to side with.

Naamoos for Mark Johnston is also one that is worth a mention, seeing as though he was sent off as a 20/1 shot for the St James’ Palace Stakes.

The Richmond Stakes is a Group 2 contest for the two-year-olds and has been won by the likes of Bachir, Dick Turpin and more recently, Shalaa.

In what is a wide open race, Ebro River for Hugo Palmer comes into the reckoning on the back of a really good fourth place in the July Stakes at Newmarket and ran really well in the Coventry, beaten only two lengths by Berkshire Shadow.

Richard Fahey’s Perfect Power is seeking a hat-trick of wins having won at Hamilton and then at Royal Ascot. The son of Ardad took his form to a new level when winning the Norfolk Stakes and the form of that race has worked out really well.

Alan King, who won his first Group 1 on the flat on the opening day of the meeting, will saddle Asymmetric who made a big impression when winning on debut here at Goodwood.

The selection though is GUBBAAS who was the recent winner of the Weatherbys Super Sprint Stakes. Despite the ground being an unknown, his action looked as though he will relish the soft conditions and his trainer Richard Hannon has also won the race with Ivawood and Mehmas. 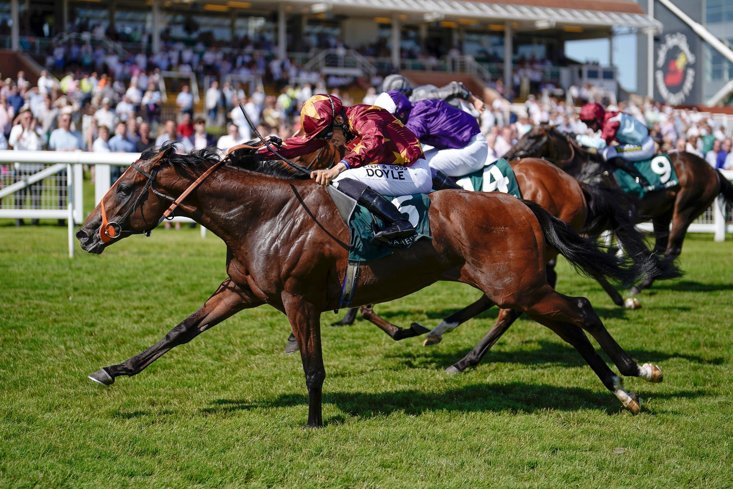 The Group 3 Gordon Stakes is one of the best races on the card, with a whole host of contenders, including the Lingfield Derby Trial winner Third Realm. Trained by Roger Varian, the son of Sea The Stars beat the subsequent King George winner Adayar at Lingfield before finishing fifth in the Derby.

Yibir for Godolphin was a winner of the Bahrain Trophy Stakes earlier this month and is another who has form with soft in the description.

The selection though is Aidan O’Brien’s WORDSWORTH who looked better than ever when finishing second in the Group 1 Grand Prix de Paris behind Hurricane Lane. The full brother to Kew Gardens will have no problem going on the ground having run well on soft last season and finished third in the Irish Derby last month too.

The Chester Vase winner, Youth Spirit, is yet another worth considering and has winning form on soft ground. Tom Marquand will once again ride the Ahmad Al Shaikh-owned colt, who finished third in the Vintage Stakes here last year.

The feature on day three of Glorious Goodwood is the Group 1 Nassau Stakes run over 1m2f.

Last season’s Breeders’ Cup Filly and Mare Turf winner Audraya is set to go off as the favourite and should be race-fit after a superb run in the Prince Of Wales’s Stakes at Royal Ascot last month. James Fanshawe plans to take the five-year-old to Del Mar later on this season and she is likely to be the one they all have to beat.

The main danger may be Joan Of Arc who was an impressive winner of the Prix de Dianne at Chantilly, having finished second behind Empress Josephine in the Irish 1000 Guineas back in May. The two Ballydoyle fillies will likely be very competitive, with preference for the former due to the booking of Ryan Moore.

Both Roger Varian’s Zeyaadah and Martyn Meade’s Technique bounced back to form with good runs at Newcastle in the Group 3 Hoppings Fillies' Stakes, finishing first and second.

The selection though is LADY BOWTHORPE for William Jarvis. The five-year-old daughter of Nathaniel seems to be getting better with age and arguably ran a career best to finish as close as she did in the Group 1 Falmouth Stakes when last seen. She also ran a superb race in the Lockinge Stakes at Newbury earlier this season and she is the value in the Nassau. 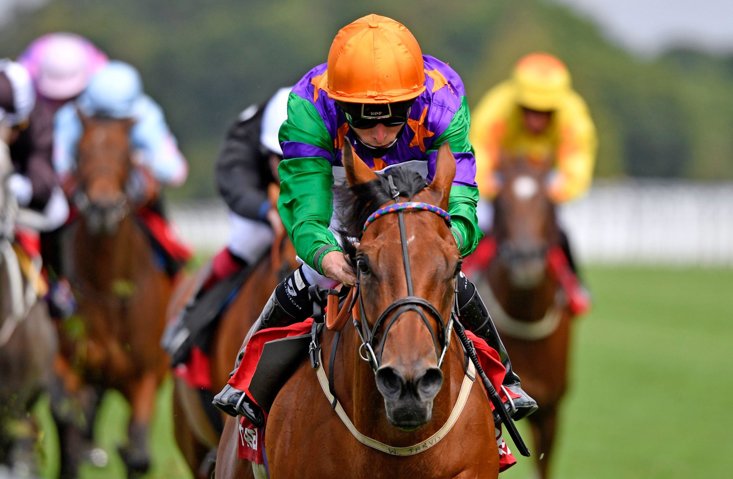 The fifth race on the card is a nursery handicap for the two-year-olds with Richard Hannon’s Ardbraccan set to go off as the favourite. The Lawman filly was beaten on debut at Kempton but has won both races since and comes into this looking for a hat-trick of victories.

Adjuvant has done nothing wrong in two starts for Michael Bell and has won on soft ground too, which makes her appealing at the prices.

However, It may pay to side with Mark Johnston’s HIGHLAND PREMIERE who was visually very impressive when winning at Catterick last time out. Having broken her maiden tag at Hamilton, the two-year-old adored the soft ground at Catterick Bridge and with Ben Curtis keeping the ride, is the selection.

Of the others, Mayfair Stroll could come on for her recent victory at Lingfield, whereas Favourite Child for Karl Burke should have no issue with the going and could hit the frame.