Football
News
Goals are not the only measure of a striker’s value, particularly when they offer so much more to the team as a whole
Sean Cole
15:00, 29 Dec 2019

David McGoldrick rounded Mat Ryan and had the goal at his mercy. His run of 15 matches without scoring in the Premier League was surely at an end. Somehow he contrived to miss, rolling his shot into the side netting. Ultimately it didn’t matter, as Sheffield United still picked up another win to continue their remarkable form on the road.

That moment in the second half away to Brighton was indicative of McGoldrick’s performances this season – excellent in the build-up but lacking a clinical edge at the crucial moment. It hasn’t cost the Blades so far, and because of how much he offers in general play, McGoldrick’s place in the team isn’t under threat despite his long barren run, which continued with another blank against Watford on Boxing Day. He still has the backing of his manager, teammates and supporters, and deservedly so.

His importance extends far beyond the number of goals he scores. Never the most prolific of strikers, McGoldrick has only reached double figures for a season four times in his career, one of which was during Sheffield United’s latest promotion. Instead, his most valuable contribution is in the way he links play and helps to mesh the team’s attacking approach together.

For all the understandable intrigue over United’s much-discussed overlapping centre backs, they are merely one component of a well-oiled machine. They always look to create overloads out wide, freeing someone up to get to the byline and fire the ball back across goal. McGoldrick is key to this strategy, dropping deep and drifting into space to give United the extra man in wide areas.

His intelligent movement and crisp passing are one of the main reasons why George Baldock and Enda Stevens have so much joy down the flanks. When they begin their charge forward, McGoldrick will shift across and make himself available to receive the ball, either holding onto it or playing a simple return pass to get them further up the pitch. He’s the unflashy springboard for so much of the team’s best work.

Sheffield United’s rise over the last three and a half years is a collective triumph, and one of the most compelling in English football. Chris Wilder is at the very heart of it, building a squad with an indomitable spirit and unshakeable commitment to the style of play he’s devised, which has maximised their strengths and suppressed any weaknesses. They play with great verve and intensity, imposing themselves on the game with a conviction that few can match.

Assessed in the most simplistic terms, United have no real stars and few players of outstanding technical ability but as a group they function brilliantly. McGoldrick is a good example of what they’ve achieved and how. After a career predominately spent in the Championship, much of it at Ipswich Town, he left Portman Road on a free transfer in 2018.

Sheffield United
@SheffieldUnited
“It's been really good, I am more up the pitch and he's more in behind and he's trying to make the play. We really enjoy playing together”.
Lys Mousset on his partnership with David McGoldrick 🤝 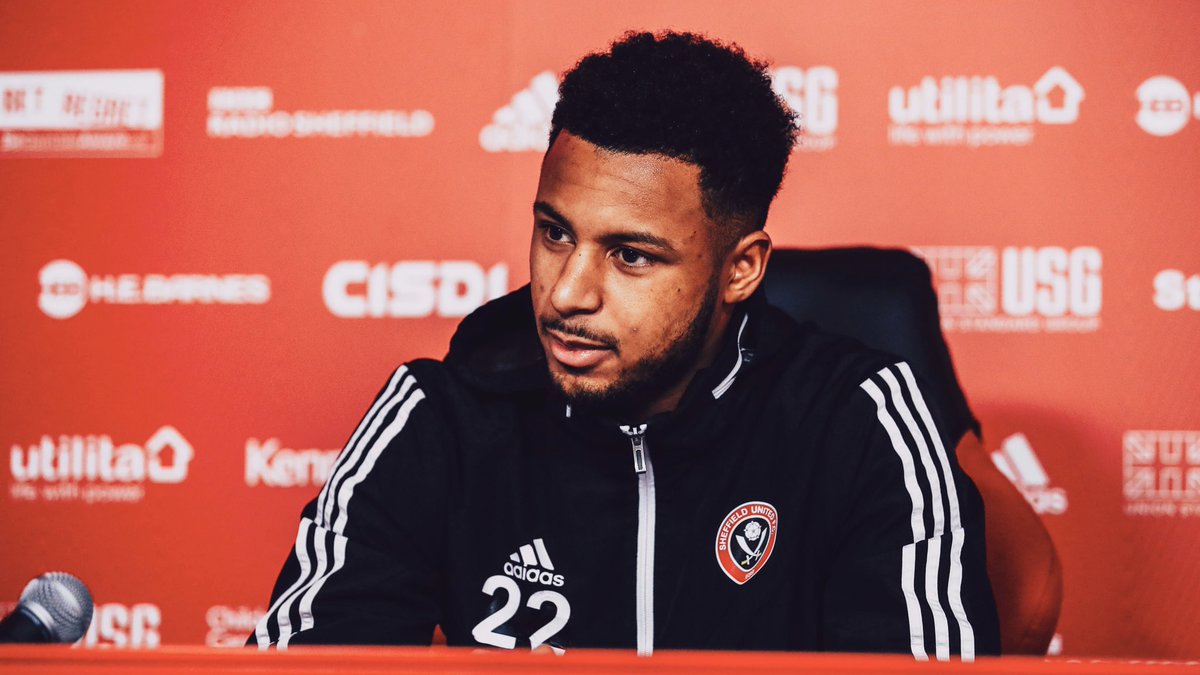 Much like his manager Mick McCarthy, McGoldrick had stagnated somewhat and needed a fresh start. He was superb alongside Billy Sharp last season, scoring 15 goals and contributing so much more besides. An unexpected promotion catapulted him, and many of his teammates, into the top flight for the first time. They’ve risen to the challenge impressively and show no signs of flagging.

After drawing with Watford, Sheffield United sit sixth in the table, above Manchester United, heading into the packed festive schedule. Of their entire squad, just nine boast any Premier League experience at all. In most cases, it amounts to little more than a handful of appearances.

Many, McGoldrick included, weren’t thought to be good enough. Considered solid Championship players but nothing more, they have delighted in proving pundits and opposition managers wrong. Although nobody realistically expects United to maintain their current position over the coming months, anything more than survival, which is all but assured, would be a great achievement.

McGoldrick is no doubt desperate for his first goal of the season, which will be seen as proof that he’s finally arrived in the Premier League, but regardless of when it comes he’s already shown that he can more than hold his own at this level. Goals are not the only measure of a striker’s value, particularly when they offer so much more to the team as a whole.