Football
News
Gascoigne's talent was so huge that the press, and sometimes even the player, could not accept the scale of it
Joey Mills
14:01, 27 May 2022

For better or worse they don’t make footballers like Paul Gascoigne any more. The era of whole-team pressing and tactical periodisation leaves little room for improvisational genius. In Gascoigne’s day, footballers were painters. Now they are scientists. Football doesn’t produce men like Gascoigne any more either. Or at least those men don’t usually find a place within the sport.

The 55-year-old battled addiction issues off the field in the most public of forums. The British press shone a heat lamp on Gascoigne that would have melted many a man. But he was refreshing too. Looking back at old Gascoigne interviews now, they feel a world away from the carefully media-trained, platitude-spouting churn of the modern game. Part class clown, part soccer savant; even for those who didn’t live through it, it’s clear why ‘Gazzamania’ swept Britain in the 1990s.

‘Gazza’ was a genius, plain and simple. What Paul John Gascoigne couldn’t do with a football wasn’t worth doing. His ascension from gifted athlete to national treasure was complete when his tears spilled onto the turf of the Stadio delle Alpi at Italia 90. Gascoigne was the clear and obvious king of those nascent pre-Premier League years in English football, but the crown sat uneasily on his soon-to-be bleach-blonde head. Gascoigne was a genius alright, but he was a mercurial one. And sometimes the mercury boiled over.

The most famous example of Gascoigne’s tendency to ignite when the pressure got too much arrived in the 1991 FA Cup final. It was an occasion ‘Gazza’ was expected to illuminate. The build-up centred around the Dunston-born midfielder at a time when the FA Cup final was the centrepiece of the English season. This was Gascoigne’s game, we were told. Only Nottingham Forest’s legendary manager, Brian Clough, got anything approaching the same billing. Wembley Stadium would be the stage upon which the greatest footballer of a generation would ascend into legend. 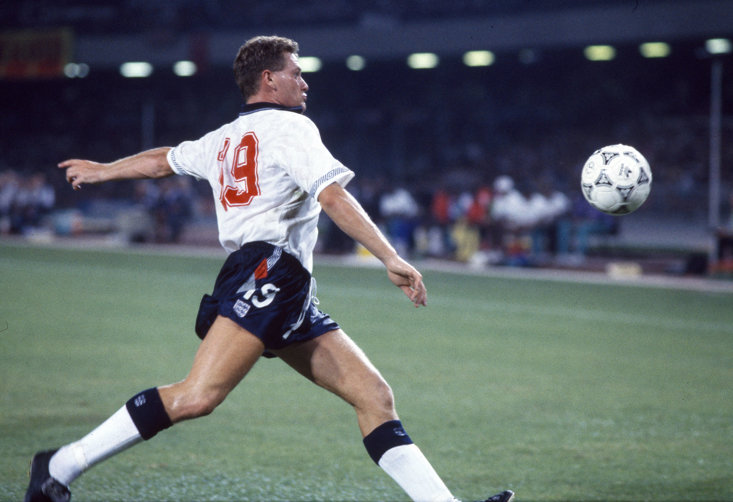 Instead, Gascoigne descended into chaos. The firework had been lit in the protracted and pressurising build-up. It would go off at the whistle. A chest-height challenge on Garry Parker in the opening minutes would have incurred a guaranteed red card today, but referee Roger Milford, perhaps conscious of the occasion, gave Gascoigne a warning. Little did anyone know at that stage that a sending off could have actually saved the player’s career.

That early brush with the law did little to calm ‘Gazza’. Just after the quarter-hour mark, Gascoigne brought Gary Charles down with an absolute horror tackle on the edge of the box. But the attendant horror would all fall on the perpetrator, as Gascoigne left the field on a stretcher. It was later revealed he had torn his cruciate ligaments. Paul would miss the entire following season, and the 1992 European Championships which took place over a year after the injury occurred.

This incident is Gascoigne’s constant battle to live up to his own status as a genius in microcosm. For every moment of brilliance, there has seemed to be a moment of galling self-destruction. Some of these have arrived on the field, like the above example. Others have arrived off it, such as his battle with alcoholism and admissions of domestic abuse. Gascoigne is a flawed, complicated man who was not cut out for the spotlight of fame. It just so happened he had the sort of God-given ability that meant such fame was not just possible, but inevitable. 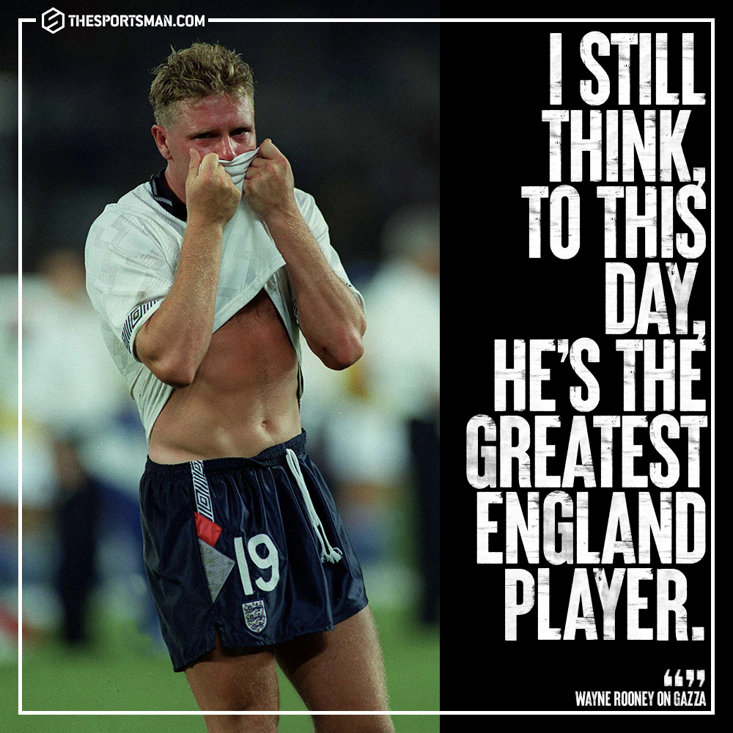 The price of that fame was enormous. If Gascoigne struggled to reckon with his own genius, the British press outright loathed it. Not at first, they never do at first. When ‘Gazza’ was on the rise, the gurning teenager making the beautiful game look simple at Newcastle United, they loved him. The ‘local boy made good’ narrative is often how it starts. But like George Best before him, and Wayne Rooney and David Beckham after, the red top newshounds soon realise that the British public loves nothing more than a fall from grace. They’ll watch you reach the stars, but only if you promise to plummet to the gutter.

Relentless journalists attempted to befriend Gascoigne and his wife Sheryl to exploit them for stories. The family’s phones were hacked. Confidantes were paid off to sell their Gascoigne stories. Nothing appeared to be off limits. This star was going in the gutter one way or another, by fair means or foul.

Gascoigne had few true allies. Few people in his life who were not for turning, who had his best interests at heart. Bobby Robson, the manager who gave him his England debut and benefited from his Italia 90 star turn, was one. You wonder if a reunion at club level during the turbulent years that followed would have helped the player on a personal as well as professional level. Robson’s post-England odyssey took in PSV Eindhoven, Sporting CP, Barcelona and Porto. It is easy to imagine the gifted ‘Gazza’ fitting into any of those sides. His spell with Lazio proved his skills could translate to continental football, albeit in fits and starts. The steady hand of Robson on the tiller could have seen things pan out very differently for Gascoigne, and kept him out of the English papers.

Gascoigne will always represent a different era for football in this country. On the field he plied his trade with improvisational flourishes rarely seen in the modern game. Lessons have been learned from his off-pitch treatment too, with almost every Premier League player now hidden behind layers of PR and security personnel. In a lot of ways, Gascoigne was modern football’s Patient Zero. He reaped the many benefits of being the most gifted player in the country. He also suffered the slings and arrows of outrageous talent, coming under the sort of scrutiny no man could survive unscathed. Paul Gascoigne was a genius. It’s a designation both the player and the press struggled to cope with. But he was a genius nonetheless.