Rugby League
News
The Giants' star is taking a professional approach to having lost a first-team place
George Riley
10:00, 01 Jul 2022

Jamaica international Ashton Golding was part of the iconic Leeds Rhinos squad that dominated the domestic landscape. Now he is happily perfecting the role of Huddersfield’s odd-job man, fixing anything that needs fixing and helping polish his team-mates’ performances in an exciting, emerging side that he feels is ready to win a Grand Final.

“The Challenge Cup final has given us belief,” Golding tells The Sportsman of that thrilling afternoon in May when the Giants were minutes away from toppling Wigan for a famous win.

“It was bitterly disappointing, but exciting knowing we can compete with the best. We could have sat, moped, drank and wallowed in what could’ve been, or we could go and win a Grand Final. It’s a simple as that. We are in a position where we need to be to make that happen.”

We are talking to the 25-year-old in Leeds, back where it all started for him. Born in Bramley of Jamaican descent, Golding came through as a full-back at the Rhinos, making his debut as a 17-year old in 2013 and earning the number one jersey ahead of their epic Grand Final-winning season in 2017. Now, via Featherstone and Bradford, Golding has assumed and learned a new role in Huddersfield under highly-rated coach Ian Watson, at a Giants side who are making some noise in the Betfred Super League.

“My role has now changed and I am doing that role well,” he says with an enthusiastic grin. “I understand that the modern game probably doesn’t need all 17 players in that match day squad, only 16.

“That’s something Brian McDermott did at Leeds and he’s one of the best coaches there’s been. He believed you only needed 16 and I never understood it until I’ve been in this position where I’m the 17th player covering 1-13, so whether I play 5 minutes or 50 it’s important that I play my part.

“If you win you win, it’s not for individual headlines. I could play every minute of the season and finish last. Nobody wants that.” 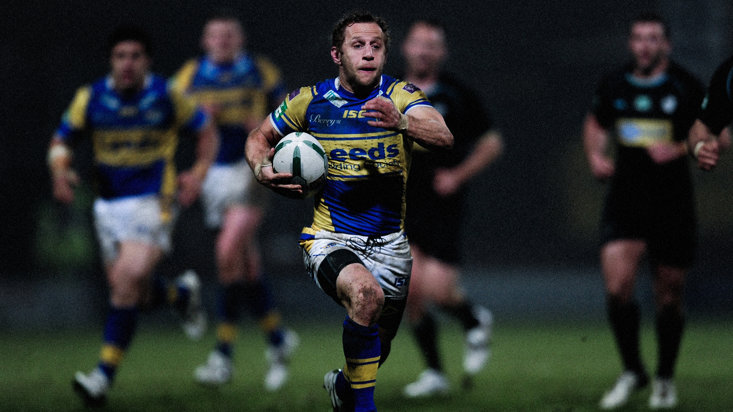 The 16-man squad notion is fascinating.

A starting league side of 13 players is backed up by interchanges from a four-strong bench. Those interchanges are regular and key, especially in the forward pack where the props take breaks and Golding can slot in at hooker. So it may seem brave to leave one player sitting there, increasing the workload for everyone else. But coaches like Watson and McDermott often name that utility man and leave him there both to cover multiple positions and in case the game requires a plan B.

McDermott did it with the great Rob Burrow at Leeds, even dropping him from the side as their starting scrum-half, before leaving him on the bench as a safety net at hooker or potential game-changer in the halves.

It was something that infuriated Burrow, indeed angered him to the point of almost signing for rivals Castleford where he lives. But Burrow, a model pro, sucked it up and ultimately added further Grand Final and Challenge Cup trophies to his collection.

This is something that has motivated and inspired Golding to channel his own frustration at seeing a starting spot at full-back go to leading Man Of Steel contender Tui Lolohea, who is having the season of his life.

“Competition is what I live for, whether I drink my drink faster than you or beat you at rugby. If you are not competing then what’s the point?

“There’s no sourness. I wanted to play full-back and it wasn’t to be as we have Tui Lolohea so you can’t look at that and be bitter, there’s only respect.

“Lolohea is the type of player who will win me Grand Finals and Championships and if I can sit on the bench and come on anywhere to make his life easier then that is my role.” 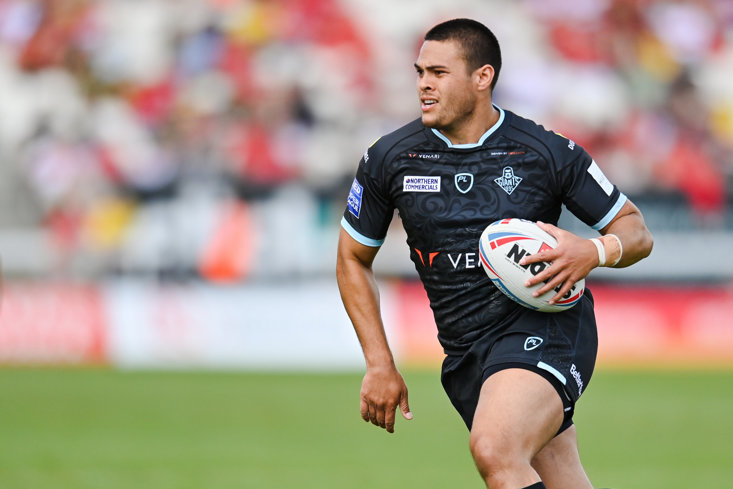 Huddersfield’s form since that Cup Final heartbreak has been sensational, consolidating their position in third behind Wigan and leaders St Helens with six straight wins. It seems that far from demoralising the club, that epic near-miss has empowered the Giants to mount a genuine title charge.

“It’s probably not where we wanted to be as a group but it’s not far off,” Golding adds.

“At the start of the season you see yourselves top of the table all the way through. That’s probably unrealistic, optimistic, but we are not far off and that is pleasantly surprising.

“We need to understand where we are but not get comfortable as there are people champing at the bit to take us out.

“Nobody expected anything from the Giants and that’s fair, considering what we have tossed up in the past. But I expected this. We built last year and not many people saw that, so I knew we would be good.”

A season that Golding hopes finishes with a Betfred Super League Grand Final at the end of September, will then lead into a World Cup in which Golding will proudly don the Jamaica shirt.

Legendary former England prop James Graham told The Sportsman this week that players like Golding opting to represent their countries of heritage “has put international rugby league in the strongest position I can ever recall it being in”.

Sentiments echoed by Golding, despite acknowledging that few will expect his side to be a realistic threat.

“The exciting thing about the World Cup is that no one knows who is going to play for anybody. A first World Cup for Jamaica is exciting full stop and we want to make it to the quarters.

“We are a tough group and we know how important this could be for the game in Jamaica and for rugby league to open up a completely new market of athletes and diverse athletes in world sport. “