Football
News
Nobody needs football so much that these players have to put their bodies on the line quite this often
Kris Voakes
10:00, 12 Nov 2020

Just when Liverpool thought their defensive crisis couldn’t get any worse, along came the news that Joe Gomez has picked up a serious injury which could well rule him out for a significant amount of time. In this congested period with football coming thick and fast, the fact that he sustained the problem in training ahead of a meaningless international friendly only makes things worse.

Football is lost right now. In its rush to appease everybody, it is pleasing nobody. The knock-on effects of Covid-19 and Project Restart meant the 2020-21 season starting a month behind time, with no leeway added to the end of the campaign due to the rescheduling of Euro 2020 to next summer. The result is that we now have players being flogged mercilessly and teams are losing vast numbers to injury as a consequence. The last thing anyone needs is a hastily-arranged friendly between England and the Republic of Ireland, but on Thursday night we have exactly that.

We just don’t need all these games, and Liverpool are a key case in point. They have played 14 games already since they restarted with a Community Shield clash against Arsenal on 29 August, while most of their players have also been on two international breaks totalling five games during that period too. They are also staring at 12 games in the next six weeks once club sides reconvene, and that would only have got worse had they not sacrificed their Carabao Cup hopes by playing a much-changed starting XI against Arsenal in September. 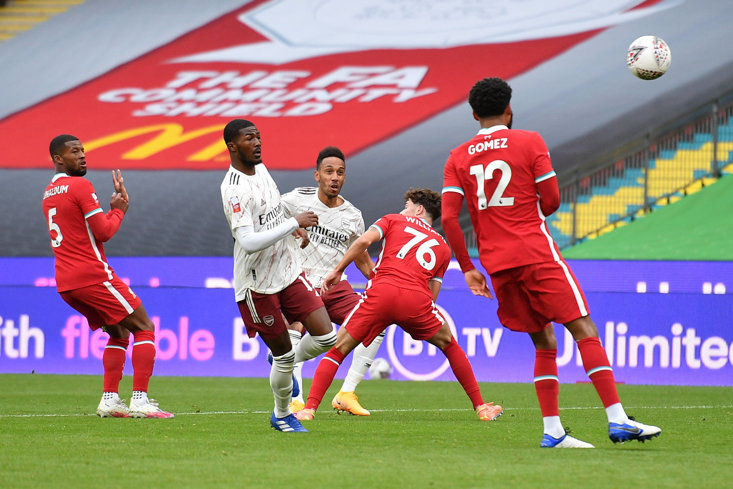 By the time the FA Cup third round weekend comes around at the start of January, Liverpool’s international players will have been earmarked for 35 matches in 18 weeks, and other teams with European games to contend with have very similar schedules.

Nobody needs football so much that these players have to put their bodies on the line quite this often. Did we really need a Community Shield this year? Who would have missed out if Premier League teams were given the opportunity to sit out the Carabao Cup or the FA Cup? And so what if England were restricted from scheduling two extra friendly fixtures against Wales and Ireland… it’s not like they are big pay-days without fans, is it?

Covid changed everybody’s world, but top-level football has refused to make anything beyond minor tweaks to the way it goes about its business. Players are being asked to throw their bodies on the line at a relentless pace, and a breaking point is fast approaching. Whether an increase in substitutes – as has been petitioned by Jurgen Klopp and Pep Guardiola in recent days – is allowed or some other solution is found, something must be done.

One has to fear for the quality of football between now and the summer of 2022 when the men’s game on this continent gets its next hiatus of any note. With players dropping like flies already, the Premier League is taking a huge hit in terms of consistency. Euro 2020 is going to be a bust, with nations all over Europe likely to be left with poor reflections of the types of squads they’d ideally have available. And then 2021-22 comes soon off the back of that with more of the same the only possible outcome.

The Liverpool tale of woe is coming to every club at some point or other, that much is a foregone conclusion. Because, right now, football is eating itself with this constant obsession with forcing out as many games as possible. So stick the game on the telly tonight and watch through your fingers as your favourite player goes in for a tackle which might well end his season.