After a day of speculation linking Manchester United interim manager Ralf Rangnick with a possible Old Trafford exit, his charges gave him every reason to cut and run. The German gegenpress guru has been linked with the Austria national team job, with reports differing on whether this will see him reject the proposed consultancy role he has agreed to at United. After watching his side outright refuse to even reach for second gear in a fortunate 1-1 with Chelsea, few would blame him for cutting his losses and leaving United to wallow in a mess of their own making.

The first half had the look of Liverpool’s attack against defence clash with Villarreal last night, but United lacked the determination and organisation of the Spanish side. They were extraordinarily limp, content to play the role of spectator as Chelsea mounted the most moderate of attacks. A more vicious side would have torn the half-hearted Red Devils to shreds, but Chelsea simply prodded patiently, hoping to prise open a defence that had already erect a neon-lit “Entrance” sign right at its heart.

N’golo Kante proved to be the Chelsea player most adept at finding the gaping holes in Ralf Rangnick’s back line. The whirling dervish of a midfielder found Kai Havertz in a wide right slot after a marauding run, but the German forward could only hit the side-netting. The same combination dovetailed again, this time on the left-hand side. Kante’s through-ball saw Havertz hit his shot at an advancing David De Gea.

United seemed content to sleep-walk through the half, a wayward Cristiano Ronaldo bicycle kick standing alone as the only highlight. The effort was ambitious, perhaps foolishly so, but it was at least an effort. Such exertions were in short supply amongst the other nine United outfielders. 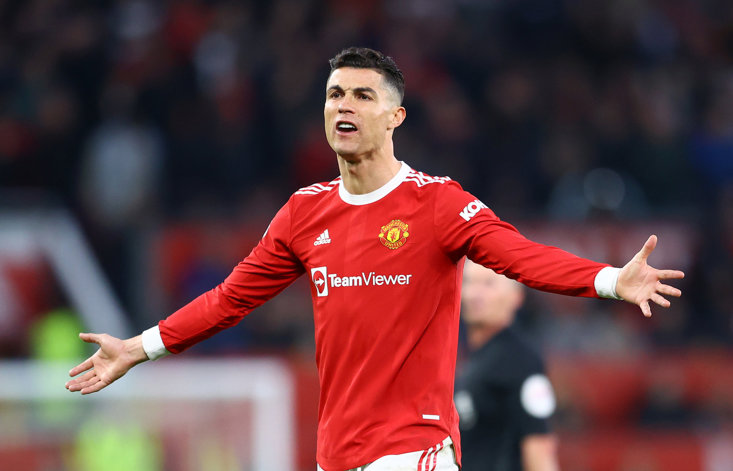 A low-key game finally received a morsel to quicken the pulse in the second half, when Marcos Alonso lashed home a headed flick-on from Havertz. Reece James’ cross was delivered with minimal intervention from Telles, and Havertz was similarly unencumbered as he headed it into Alonso’s path.

United’s response was swift, and more clinical than anything they had proffered in the preceding hour. Matic found Ronaldo with a ball over the top, after having his first attempt blocked, and the Portuguese legend did what he usually does. His finish was emphatic, a cathartic expression borne from frustration. Chelsea’s opener had been galvanising. Could United’s riposte be restorative?

James curved a shot onto the post, the best chance within a sustained spell of Chelsea pressure. The goal had done little to drive United on to seek a winner, with a saved Ronaldo effort being the only sign of life. The fact his strike was flagged offside the moment it hit Edouard Mendy’s gloves summed up their evening’s work.

Antonio Rudiger was booked for dragging Juan Mata to the floor. The wantaway defender then connected with Anthony Elanga with a particularly high boot. Referee Mike Dean did not even give a foul for the apparent infringement, a fortunate turn of events for Chelsea and their soon-to-depart centre-half.

Whether Rangnick remains at Old Trafford or not, there remains a huge amount of work to be done to revive this club. They are no longer a sleeping giant, they are positively comatose. A more ruthless side than Chelsea would have made them pay for a marked lack of endeavour tonight. The club’s hierarchy may yet pay for letting a football mind like Rangnick slip through their fingers.