We promised a fantastic weekend of horse racing, and it really didn’t disappoint!

A few Cheltenham Festival markets were tweaked but a grenade was thrown into the Champion Hurdle betting when Goshen bounced back to form with a vengeance in the Kingwell Hurdle at Wincanton. He shot himself into the two-mile championship picture after a 22-length beating of the International Hurdle winner Song For Someone.

This horse already has a great narrative after the heart-breaking final-flight fall in the Triumph Hurdle last March. There is a feeling that the racing world would love nothing more than ‘Redemption’ for the horse and the Moore family, who reacted very graciously amidst devastating disappointment last year, and they may just get it.

Nothing had gone to plan for the last 11 months for Goshen, beaten twice on the flat and then beaten out of sight in the International Hurdle when suffering from a defibrillating heart issue.

Now though, he is back. Propelling himself into 4/1 third favourite behind the ‘Golden Girls’ Honeysuckle and Epatante after cantering to success in Somerset.

At Ascot, Remastered made all to take the Reynoldstown Novices Chase, which has been used as a springboard to Festival success in the Brown Advisory Chase in recent years. It was a masterful ride from Tom Scudamore, but we know Ascot favours front-runners and I doubt he will get his own way at Cheltenham.

He was cut to 14/1 for both that race and the marathon National Hunt Chase. 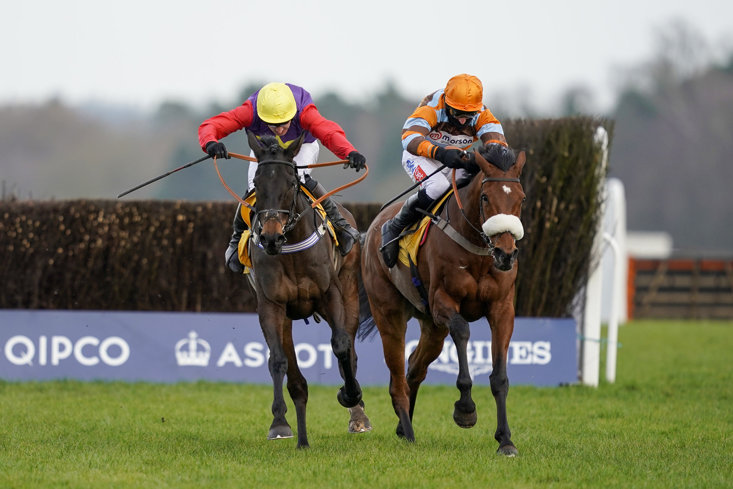 Dashel Drasher and Matt Griffiths stole the show in Berkshire, though, when landing a maiden top-level success in the Ascot Chase. The star of Cyrname faded a little more as he was soon beaten when headed and was pulled up quickly, citing breathing issues as the reason for another below-par showing. It allowed Dashel Drasher to gamely hang on from Cyrname’s stable companion Master Tommytucker in a slow-motion finish.

Dashel Drasher was cut to 14/1 for the Ryanair Chase, but that gruelling race may have taken its toll, like it did on Riders In The Storm last year, and he also has to prove he can continue his improvement away from Ascot, albeit this Cheltenham contest is usually one of the more wide open Championship contests.

At Haydock, Lisnagar Oscar threw his hat into the Stayers’ Hurdle ring when finishing second to Third Wind in the Rendlesham Hurdle. It was a fine return to form for last year’s Stayers hero and, after a couple of poor runs this term, we know he is best in the spring and this was a timely reminder of that. He goes back to Cheltenham with every chance. The winner is not entered at the festival but is an improving stayer who may have Aintree and/or Punchestown on his agenda this year.

Also on Merseyside, Alaphillipe earned himself a quote of 20/1 for the Albert Bartlett when winning that race’s trial comfortably before Bob and Co was cut to 6/1 for the Foxhunters after winning the Hunters’ Chase despite a few jumping errors along the way.

The Grand National Trial was won in gutsy fashion by Lord Du Mesnil, who is number 40 in the list for the World’s Greatest Race and was cut to 33/1 and will be a few pounds well in at the weights after this victory.

This leads us nicely onto Sunday’s racing, which saw the return of dual National hero Tiger Roll over Hurdles at Navan. He had surprisingly won the Boyne Hurdle two years ago and ran well for a long way before stopping quickly in the home straight. This was a fitness mission, as it has been for the last two seasons, but it saw him edge out to 25/1 for his hat-trick bid on 10 April at Aintree. 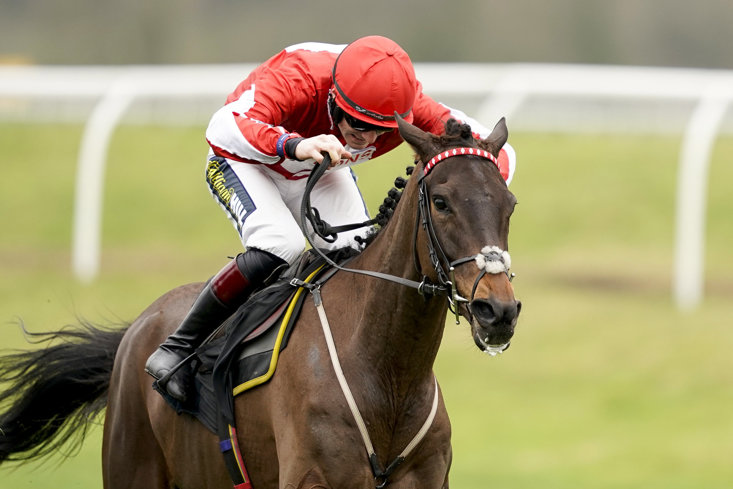 GOWEL ROAD IS NOW 25/1 FOR THE SUPREME NOVICES HURDLE

Back to Cheltenham, and we had a raft of clues on offer at Newbury.

The Supreme Novices Hurdle always opens the Festival and we had two horses enhance their claims on a Super Sunday card in Berkshire.

Firstly, Gowel Road overturned earlier form with Good Ball when winning the 2m Novices Hurdle and is now 25/1 for the Supreme, before Soaring Glory took the Betfair Hurdle in quite eye-catching fashion, turning a competitive 24-runner contest into a procession.

Jonjo O’Neill’s charge had some solid novice form earlier in the season and looked well treated on that. He is now 10/1 for the curtain raiser in the Cotswolds and this race has a habit of providing big players for the Supreme. The likes of Kalashnikov, Ballyandy and My Tent Or Yours have all gone close at Cheltenham on the back of success here.

The Denman Chase didn’t really provide any Cheltenham clues, with the Paul Nicholls trained 1-2 Secret Investor and Clan Des Obeaux likely to head to Aintree instead, although last year’s Gold Cup third Lostintranslation emptied very quickly again and his downturn in form is a worry.

The Game Spirit Chase, however, provided plenty of discussion.

Firstly, the winner, Sceau Royal, did it very smoothly and has had a great season over both hurdles and fences. The other two-mile specialists were either too keen or ran flat, but he’s a solid yardstick and is 20/1 for the Champion Chase in which he was third two years ago.

All of the post-race talk, though, was around the performance of Champ being trained for a Gold Cup tilt. Last year’s RSA winner was given a spin over two miles on his seasonal debut to give him a lighter preparation ahead of the festival.

His jumping has been a sticking point in his career, but he jumped well at pace here despite missing the last when it mattered. It seemed the winner had his measure anyhow, but it was a very pleasing return to action and saw him trimmed to 6/1 joint second favourite for the Blue Riband behind the hat-trick seeking Al Boum Photo.

The final race also saw a potential star of the future as Good Risk At All carried a penalty for a Cheltenham success in November and won in breath-taking style, giving almost a stone in weight to the runner-up who had won his two previous starts.

Good Risk At All is the shortest-priced British runner likely to head to the Champion Bumper at 16/1 in a race usually dominated by the Irish. We already know, though, that he handles the track and is clearly well above average on this showing.

We are just three weeks away now from the ‘Greatest Show On Turf’ and despite the lack of crowds on course, it is promising to deliver its usual delights on track this year.