Football
News
Aston Villa and Everton drew 0-0 at Villa Park but saw the return of Jack Grealish
Kieran Spratt
20:32, 13 May 2021

Everton’s European hopes took a blow after a drab goalless draw with Aston Villa at Villa Park on Thursday night, while Jack Grealish made his long-awaited return for the home side.

Carlo Ancelotti’s men missed the chance to go sixth in the Premier League table and stay within touching distance of the top five and a shot at European football next season. Tonight’s draw means their faint dreams of the Champions League have all but been extinguished and they have a mountain to climb should they want to qualify for the Europa League, with Everton eight points adrift of Chelsea in fourth, with West Ham, Liverpool and Tottenham all better placed to qualify.

The big news for Aston Villa and England fans was the welcome return of star man Grealish on the bench. The midfielder hadn’t played in any of their last 12 games, and Everton boss Carlo Ancelotti even joked ahead of the game, “He's a fantastic player and I advise him, take care after a long injury! Don't risk it, stay calm!”

The 25-year-old captain didn’t make an appearance until 20 minutes from the end but immediately injected some much-needed energy into proceedings. The game could be one of the worst of the season but seeing Grealish back in action ahead of Euro 2020 is excellent to see. 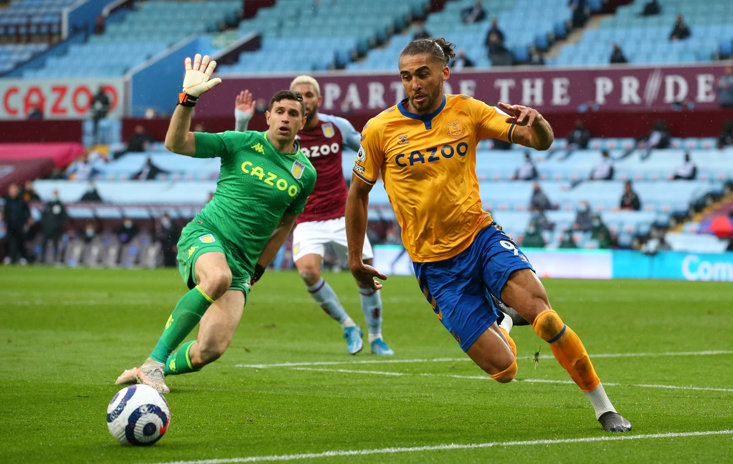 Villa dominated a scrappy opening half with Everton, perhaps feeling the pressure of chasing a spot in Europe, showing very little in the way of intent in attack. The best chance of the half fell to Tyrone Mings who sent a diving header wide from just eight yards.

The visitors improved in the second-half with Ben Godfrey drawing a save from home goalkeeper Emiliano Martinez from Gylfi Sigurdsson's free-kick. Everton came closest to breaking the deadlock with a Dominic Calvert-Lewin header near the end, but Martinez again was the Villans’ hero.

It’s not the result that Everton would have wanted but there are signs they are moving in the right direction heading into next season. The clean sheet means that they have equalled a record of nine away clean sheets in a season, set in 2008/09.

Speaking to Sky Sports after the game, Ancelotti said, "We tried to do everything to win. We had a good second half. We did our best.

"We have three games [to try to qualify for Europe], we’re still in the fight. We have to try to win the last three games. I think we need nine points.

"The performance ws good. We were good defensively, we didn’t give them a lot of opportunities. We were better offensively. We had some opportunities to score goals.

"We put more energy in the second half."