Rugby League
News
For this weekend at least, we can bask in the relief of good old fashioned derby rugby league
Lewis Smith
20:02, 17 Aug 2021

They say you don’t know what you’ve got till it’s gone. Boy did that ring true in 2020.

Like so many people during the first lockdown, I hankered for live sport; the excitement of two teams playing out a script that hadn’t yet been written, the unpredictability, the escapism. I remember sulking my way through that Easter weekend, like in one of those crap 90s breakup music videos; wistfully staring out of the window, dreaming of Craven Park or Knowsley Road.

Like so many sports in the last 18 months, it’s felt like rugby league has been switched to survival mode. We had an amazing Grand Final, but you can’t escape the fact that sport without crowds is sterile. It’s all just been about making it through to the other side.

This weekend, that all goes out the window.

The return of unrestricted crowds in the last few weeks has already made a huge difference. Everything just seems vibrant again. The players are responding to it, every try seems somehow more cinematic, every error seems more dramatic.

In this next round of games, you can turn all of that up to eleven. It’s Rivals Round, and all of a sudden, rugby league has just got very personal.

We’ve had derbies since the sport returned last August of course, but not like this. Expect it to be a harder, faster and ruder version of rugby league, as fans and players alike pour 18 months of meaning and frustration into 80 minutes.

Let's start off with Thursday night’s games, and whilst it’s a stretch to call Warrington vs Catalans a derby, it is a fascinating game.

After years of false dawns, Catalans look like the real deal this season. Despite defeat to St Helens a couple of weeks ago, they still sit pretty at the top of the Betfred Super League table. Something about them just feels different this season. They’ve got a steeliness that hasn’t been there before. They found a way to win, where previously they would have fallen short.

They face a real challenge against a Warrington side wounded from their shock defeat to Wakefield however.

The Wire sit third in the table. They’ve shown some really good stuff in what is Steve Price’s final season at the club, they’ve also served up some shockers. That kind of Jekyll and Hyde behaviour that makes them brilliant fun for the neutral.

Pretty much anything could happen in this game, although I’m probably slumping for a Catalans win, as George Williams continues to bed into this Warrington team. So whilst they’re may not be any local bragging rights on the line, it should be a cracking start to the weekend, live on Sky. 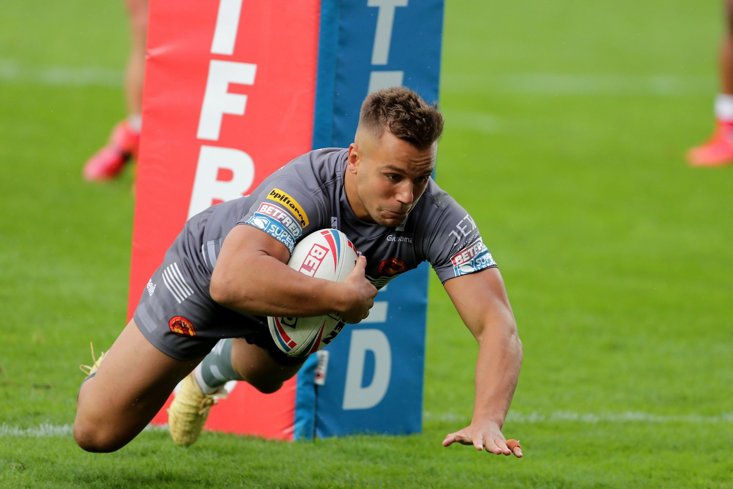 Pretty much anything could happen in this game, although I’m probably slumping for a Catalans win, as George Williams continues to bed into this Warrington team. So whilst there may not be any local bragging rights on the line, it should be a cracking start to the weekend, live on Sky.

Also on Thursday, Leeds Rhinos take on the Huddersfield Giants at Emerald Headingley.

Every time it looks like Huddersfield have turned a corner, and are trending upwards, they seem to slump to another disappointment, as was the case in their defeat to Salford on Friday. If there’s ever a game to bounce back for Ian Watson’s side, this is it.

Leeds are definitely making progress in 2021, and the future looks bright with a new generation of talent coming through, but there is still an air of vulnerability about them. They came through a confidence building win over Leigh relatively unscathed however, and look well placed to back it up with another win this weekend.

Onto Friday and Saturday, and in the words of Eddie Hearn “pay homage to the schedule.”

Wigan vs St Helens, Friday night, under the lights. God I’ve missed this.

In all honesty, this looks like it could be quite a one sided affair. Wigan are up on bricks with Tommy Leuluai joining their already extensive injury list, and last week's defeat to Hull KR wont have filled Cherry and White fans with much optimism.

The thing is though, that’s not really how these games work. Form, fitness, odds, all of that stuff is irrelevant from carry number one in the derby. Whoever responds to the crowd best, and controls the emotion of the game will win, and Saints have their own absentee list, including Tommy Makinson and Theo Fages. 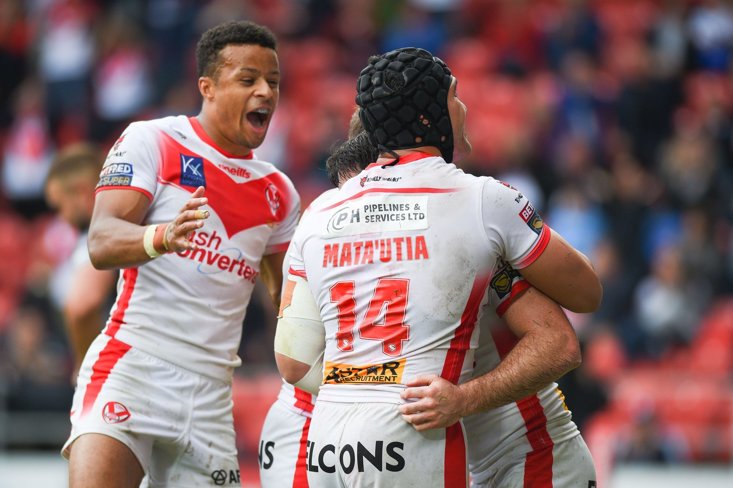 Saturday. Hull. Red and White vs Black and White.

For the first time in a while, Hull KR fans will feel that they are coming into the game as favourites. Despite their season being horrifically affected by Covid, Tony Smith’s side have been outstanding in 2021. They dispatched of Wigan last weekend, and a win against their city rivals would be the perfect next step on their march to the play-offs.

I certainly wouldn’t write Hull FC off. They’re still in the play-off picture, and will be eyeing this games up as a must win if they are to make the top six. To throw in an obvious sporting cliché; this game could come down to who makes the best start.

Slightly further west, Castleford and Wakefield come head to head at the Jungle. Trinity fans will be hoping that their win over Warrington at the weekend was the start of ‘the bounce’ following Chris Chester’s departure, and interim Head Coach Willie Poching will be eyeing a famous derby win to strengthen his credentials to get the job permanently.

It won’t be easy. Castleford ended a 30-year wait for a win away to St Helens at the weekend and confidence will be high. The Tigers are down in 8th place, but sometimes success in play-offs is all about timing your run, maybe after that win at the Totally Wicked Stadium, Cas are out of the blocks.

The weekend's action is rounded off by Leigh vs Salford on Sunday.

The Centurions look all but condemned to pick up the winning spoon, despite some new recruits and some spirited performances. Salford are bound to be buzzing after picking up a win against Huddersfield, and will be looking  for a couple more to lift them back towards the middle of the table. 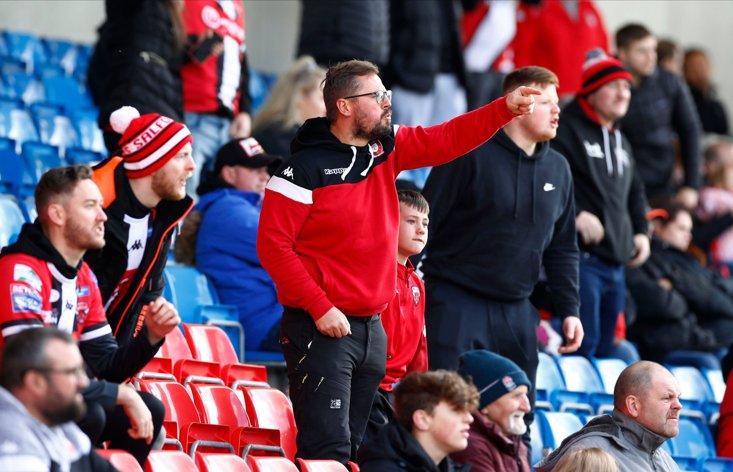 There’s been some dark clouds over rugby league in the last few weeks, there’s still plenty of uncertainty, and the postponement of the World Cup felt like a kick in the teeth to all of us. But for this weekend at least, we can put a pin in that, bask in the relief of good old fashioned derby rugby league, and drink every last drop of these games that finally have the platform they deserve in front of the fans, under the lights.

Gritty. Visceral. Glorious. See you on the other side.