Max Verstappen extended his lead at the top of the 2021 Drivers’ Championship after an emphatic win for the Dutchman and Red Bull at the Styrian Grand Prix on Sunday.

The 23-year-old controlled the race from start to finish, beating his British rival by a whopping 40 seconds. It marks the first time in the eight-season hybrid-turbo era that Mercedes have gone four races without a win, having been beaten at Monaco, Azerbaijan, France and today at the Red Bull Ring.

Verstappen led every lap as he increased his advantage to 18 points in the Drivers’ Standings after eight races. Hamilton made a late second stop for fresh tyres and claimed the bonus point for fastest lap. Red Bull Racing now hold a 40 point lead over Mercedes in the Constructor Standings. 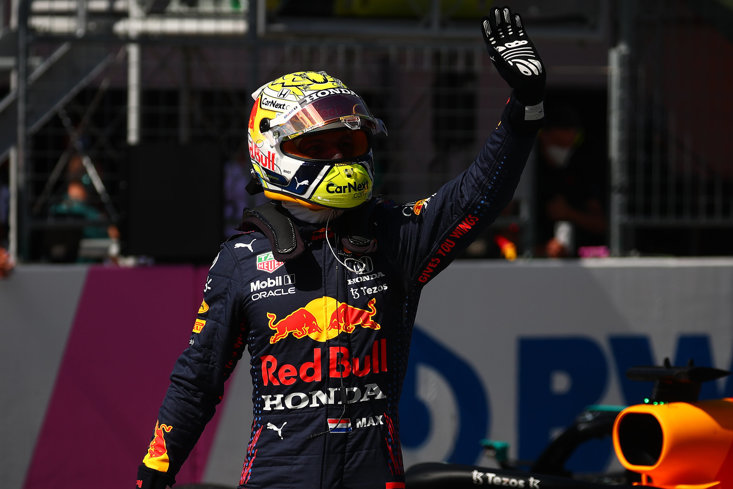 It wasn’t all bad news for Mercedes, with Hamilton’s teammate Valterri Bottas edging out Sergio Perez for the final place on the podium after a rare Red Bull mix up during a pit stop caused the Mexican an ultimately costly delay.

McLaren’s Lando Norris finished fifth, whilst Ferrari’s Carlos Sainz came in at sixth. Charles Leclerc got the driver of the day award for fighting back to seventh after recovering from contact on lap one.

Speaking after the race, Verstappen said, “Straightaway I felt a good balance in the car and it was good to maintain the tyres throughout. We just kept on going and tried to hit our lap times, which worked really well.

“We have to show it again next week and we will have to look at what we can do better.

“It is looking really good [for Red Bull], we need to keep pushing really hard.”

Hamilton added, “It was a bit of a lonely race, I was trying to keep up with those guys but with the speed they have - they have obviously made some changes in the last couple of races.

“I feel we lose a lot of time down the straights.

“I just want to keep doing the best we can each weekend. We need to find some improvements, whether it’s upgrading the wing or engine, I don’t know.”

Next Sunday sees the third race in as many weeks, when the Formula One calendar arrives at another Red Bull favourite; the Austrian GP.