The greatest manager in the history of English football turns 80 today. Sir Alex Ferguson has been called many things over the course of his career. Some of the descriptors used by rivals, detractors and fans whose clubs were left in Manchester United’s slipstream are not printable here. One thing Sir Alex is rarely called is a chameleon. But make no mistake, the proud Labour man from Govan had more career reinventions than David Bowie. It’s the core essence of how he was able to win a 13th Premier League title, twenty years after clinching his first.

As we get further from historic moments, it becomes easier to reduce them to a caricature, an imperfect sketch of what took place. Like his great captain Roy Keane, who modern myth casts as a thug berating his teammates and putting reducers in on opponents, rather than the intelligent footballer he really was, Sir Alex Ferguson is not immune to this fate. Try having a conversation with a football fan about the Scotsman and time how long it takes them to say “hairdryer”. Ferguson’s locker room dressing-downs swell in influence each year, to the point that by 2032 we’ll be talking about the time he shouted the ball into the Nou Camp net in injury time to seal the Treble. While Fergie’s verbals are legendary, and nobody is disputing they happened, the man was so much more than a disciplinarian.

Ferguson’s greatest spotlight came in the Premier League years, but his managerial story stretches back much further. East Stirlingshire was the first stop on one of the great managerial journeys, with the club’s centre forward Bobby McCulley recalling his manager as “a frightening b*stard” in a contemporary interview with The Guardian.

From there it was on to St Mirren, where Fergie completed the first of many reinventions at a club struggling in the Second Division. He would get The Buddies promoted using a team with an average age of 19, the first whisper of his belief in young players. St Mirren have the unusual distinction of being the only club to sack Ferguson. They would come to regret it when they saw what the former Rangers striker did next. 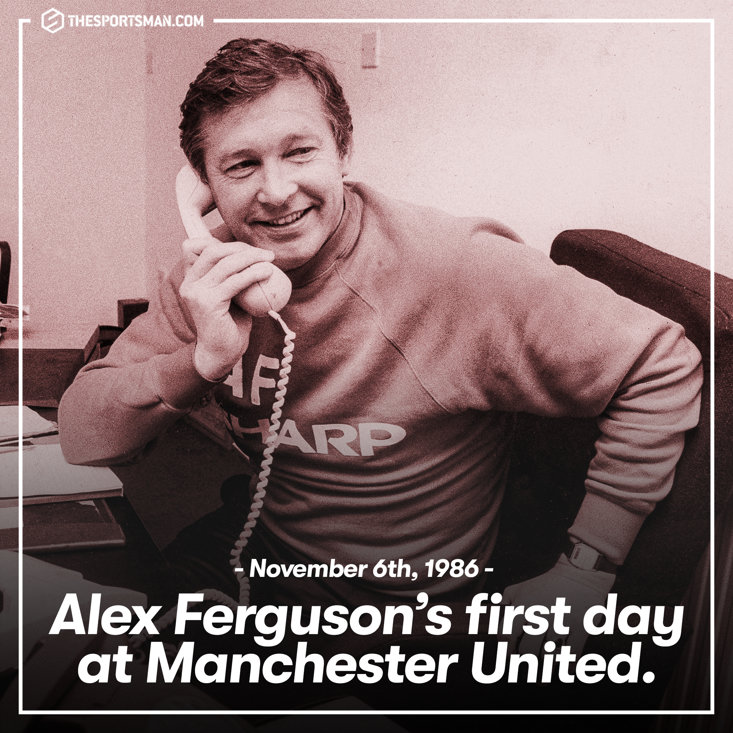 Even without what followed in England, Ferguson’s eight-year spell in charge of Aberdeen would mean he was still spoken about to this day. When he took the job, Aberdeen had won one league title in their history, which had arrived 23 years earlier. When Ferguson broke this title-less streak and lifted the Scottish Premier Division title in his second season in charge, Aberdeen became the first club outside of Glasgow to win the trophy in 15 years. It was at Pittodrie that Fergie’s evolution into the figure we all remember continued, as he fostered the siege mentality and ‘us against them’ approach to the media that became his trademark at Manchester United.

Ferguson would leave Aberdeen having won three league titles, a European Cup Winner’s Cup and five major domestic trophies. To triumph so comprehensively was impressive, to do it in the usual two-horse race of Scottish football was a miracle. And when Manchester United sacked Ron Atkinson in November 1986, they went searching for the magician who performed it.

Once again, Ferguson the chameleon went about a transformation. At a time when seeing your club’s players in the pub after a game was still commonplace, the new United manager went about stamping out the drinking culture at Old Trafford. Ferguson commented that the fitness levels at United “depressed” him, and set about building a team that could keep up with the demands of his attacking style of play.

This uneasy first phase at the club has been well-documented. The ‘Ta-ra Fergie’ banners, the calls for his head and the Mark Robins FA Cup goal that provided the sliding-doors moment for the next two decades of the club. But through years of hard graft and rejuvenation, Ferguson built a team that would claim the first two titles of the newly-formed Premier League. When Blackburn Rovers scooped the 1994-95 trophy from under his nose, Ferguson would not rest on his laurels. Another transformation was needed if he was to compete with the league’s emerging challengers. 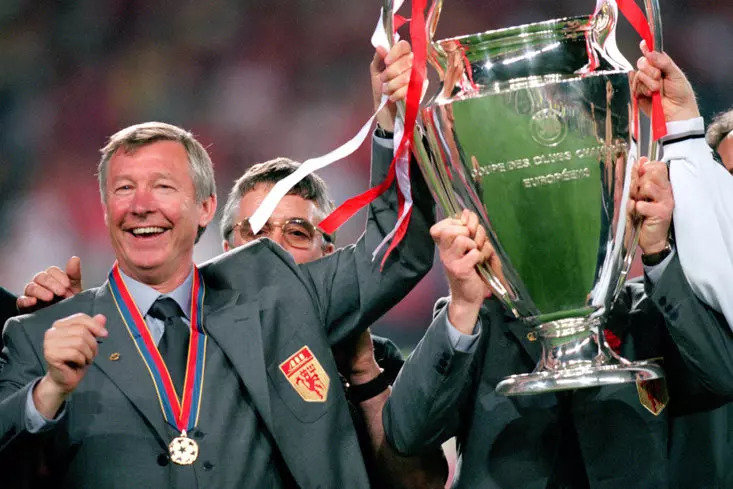 In addition the Alan Shearer-led Rovers, Kevin Keegan’s Newcastle United were fast-becoming the neutral’s favourite. The Magpies played in a free-wheeling style that treated defending as a show of weakness, and featured the beguiling talents of David Ginola, Les Ferdinand and the mercurial Faustino Asprilla. Faced with such competition, the future-Sir Alex did something nobody expected. He sold three of his star players, and chose not to replace them.

Midfield enforcer Paul Ince, wing wonder Andrei Kanchelskis and bona fide club legend Mark Hughes all departed in the summer of 1995. Rather than buying reinforcements, Ferguson decided his next transformation would be to spearhead a youth revolution. Ryan Giggs had already become a first-team fixture, and former youth teammates David Beckham, Paul Scholes, Nicky Butt and brothers Gary and Phil Neville were adjudged ready to join him. Considered misguided by some, brazen by others, Ferguson keeping his chequebook closed sent shockwaves across the English game.

United lost 3-1 to Aston Villa on the opening day of the season, sparking Match of the Day analyst Alan Hansen to comment, “you can’t win anything with kids.” The statement would become an albatross around the former Liverpool defender’s neck when the youngsters dubbed ‘Fergie’s Fledglings’ proved him wrong by winning everything. By the time David Beckham became the first member of the ‘Class of 92’ to move on, joining Real Madrid in 2003, United had won six Premier League titles and a Champions League, as well as countless domestic cups. The United youth revolution reached its zenith with the 1999 Treble. Sorry, Alan.

While this is certainly the most famous metamorphosis of Ferguson’s career, there would be plenty more in the years that followed. The most dramatic were usually inspired by the emergence of a worthy rival. Arsene Wenger introduced sports science, increased emphasis on fitness and a silk and steel approach at Arsenal. In response, Ferguson oversaw a move to their current Carrington complex, abandoning the more rough and ready Cliff training ground that had served him well in his earlier years. Wenger won three Premier League titles, but had not touched the trophy in nine years by the time Ferguson retired. 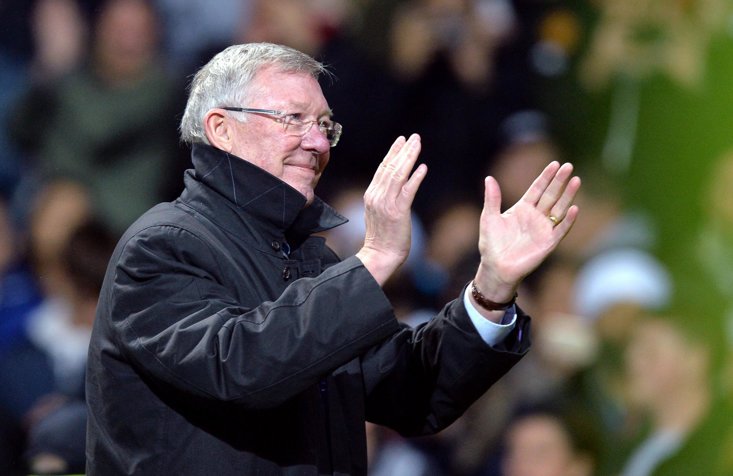 Jose Mourinho is another manager who inspired a Ferguson rethink. The cult of personality surrounding the Portuguese coach looked like the greatest threat to Ferguson yet, but after three seasons without the title, the grand old Scotsman shuffled his deck once more. The resulting side, which featured the likes of Wayne Rooney, Cristiano Ronaldo, Nani and Carlos Tevez playing the most free-flowing football Old Trafford has ever seen, brought about three Champions League finals in four years. United would only be victorious in one of these, with Barcelona defeating them in the other two. Pep Guardiola’s men were perhaps an evolution too far for Ferguson.

Nowadays, style of play is king when appraising managerial talent. Jurgen Klopp and Pep Guardiola immediately evoke a particular method when their names are mentioned. Even United’s current boss, interim appointment Ralf Rangnick, is synonymous with a certain tactical plan. But the genius of Sir Alex Ferguson came from his ability to morph his teams into whatever was required of him, often flying in the face of conventional wisdom.

Ferguson managed to stay at the top of the game for over three decades precisely because he was not wedded to one way of doing things. He would often challenge himself by appointing new coaches, ensuring both he and his players were kept on the cutting edge of football. This approach saw him become the most decorated football manager who ever lived. Happy birthday Sir Alex Ferguson, football’s greatest ever chameleon. 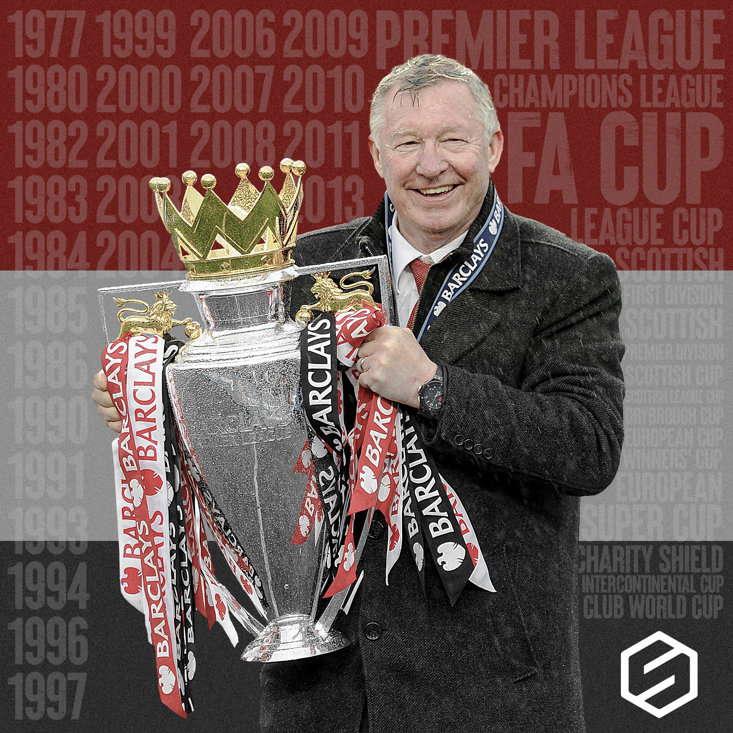