Iconic EFL Championship striker Troy Deeney turns 34 today and everyone remembers his dramatic goal at Vicarage Road for Watford against Leicester City to send them to the play-off final in 2013.

This moment is described as the Championship heritage, delivering as it did one of the greatest moments we have ever witnessed. The build-up to the goal was like something out of a Hollywood movie. The Hornets had conceded one of the softest penalties you will ever see as Anthony Knockaert went down in the box. Goalkeeper Manuel Almunia saved the Frenchman’s spot-kick before denying the rebound and sending his teammates on the devastating counter-attack.

Watford players quickly swarmed the opposition half as the ball made its way to Fernando Forestieri, who crossed the ball in for Jonathan Hogg to nod the ball back to the charging Deeney, who smashed his effort into the net. The goal sent Vicarage Road into pandemonium and people couldn’t believe what they had just witnessed.

Here are some other memorable moments from the second tier.

In 2008, striker Windassmail.go made himself a hometown hero for Hull City as he scored the goal against Bristol City in the play-off final at Wembley Stadium that fired the Tigers into the Premier League for the first time in their history. It was his second spell with his boyhood club and he was 39 years of age when he delivered this historic goal that meant everything to him and the supporters.

No one can still quite believe that Wolverhampton Wanderers were able to lure Portuguese star Neves to drop down to the Championship having captained Porto in the Champions League. It was clear from the start that he was too good for the division and his stunning volley against Derby County at Molineux is living proof of that. The strike was beautiful, from the flick up to the dip into the top corner - truly sublime. 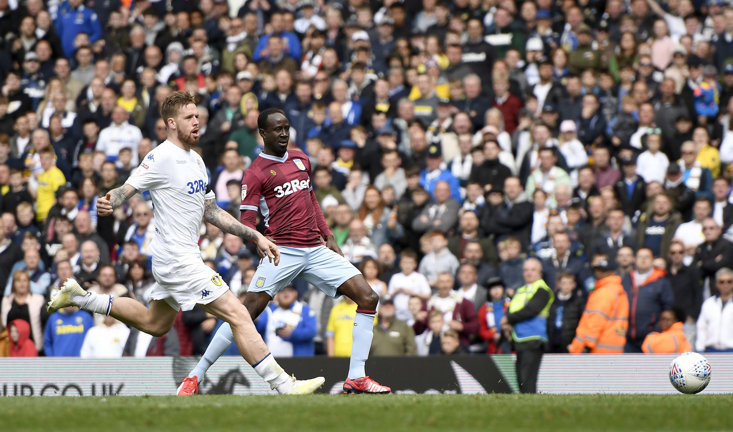 This moment was special just because of how extraordinary it was. In a game that hadn’t really offered anything for 70 minutes, things suddenly sparked into life at Elland Road. Villa striker Jonathan Kodjia went down injured after a challenge and the hosts continued to play on as the visitors switched off.

Mateusz Klich went through and scored before being surrounded by angry Villa players, which resulted in Anwar El Ghazi getting sent off. To calm down the situation, Leeds boss Marcelo Bielsa ordered his players to let Villa equalise, which defender Pontus Jansson wasn’t happy about. He tried to intervene when Albert Adomah trotted straight through the Leeds team.

Nottingham Forest getting promoted having been bottom after eight games

People are still talking about the wonders that Steve Cooper achieved at the City Ground last season. After being winless in their first eight matches, Cooper inherited a broken Nottingham Forest dressing room from Chris Hughton and quickly turned their fortunes around. He helped unite them and get them clicking, propelling them up the table and, at one point, into the automatic promotion picture. The Tricky Trees eventually confirmed their astonishing return to the Premier League after a 23-year wait thanks to a play-off final win over Huddersfield Town at Wembley.