Boxing
News
Zab Judah turns 44 today. Whether he delivered controversy or genius, you were always in for a show.
Joey Mills
19:35, 27 Oct 2021

Make no mistake about it, Zab ‘Super’ Judah was world class. He was wonderfully gifted, outrageously brave and occasionally even recklessly stupid. He won four world championships, and faced off with a who’s who of his era. He also tried to deck a referee and found himself in the middle of a mass brawl that required police intervention during the biggest fight of his career.

Zab Judah, who turns 44 today, experienced incredible highs and immeasurable lows. But nobody who was lucky enough, or unlucky enough at times, to encounter the Brooklyn firecracker during his 23-year career could accuse him of being dull.

Judah amassed a 21-0-1 record on his way to his first world title shot, taking a win over the storied warrior Micky Ward along the way. This early promise brought Judah face to face with Jan Piet Bergman, a dangerous puncher from South Africa. Bergman had fought for world honours before, being halted in six by a man whose name would one day haunt Judah, Kostya Tszyu. ‘Super’ got the job done two rounds quicker, lifting the IBF light welterweight title in the process.

Judah rattled off five defences of his new gold, including a decision over Britain’s Junior Witter, before landing the first big-money showdown of his young career. The New Yorker would meet the aforementioned Tsyzu in a fight to unify the WBC, WBA, IBF and The Ring titles at 140 pounds. Expert opinion was split, and it felt like Judah was on the verge of the most memorable night of his career. Indeed he was, but this undisputed superfight would be memorable for all the wrong reasons.

After out-boxing the Tszyu in the opening session, Judah looked set to make good on his pre-fight promise to unify the titles. His dream would abruptly turn nightmarish at the end of the second round, when a straight-right rocked him onto his heels. A follow-up right sent Judah to the canvas. The fighter leapt up immediately, but his equilibrium did not follow him to his feet. As Judah fiercely protested to referee Jay Nady, his legs gave out beneath him and he fell back down, drawing the stoppage. After the fight, an incensed Judah pinned Nady into a ring corner by the throat, as well as launching a ring stool in the official’s direction. The comical fall and the unedifying reaction left Zab looking less than ‘Super’. 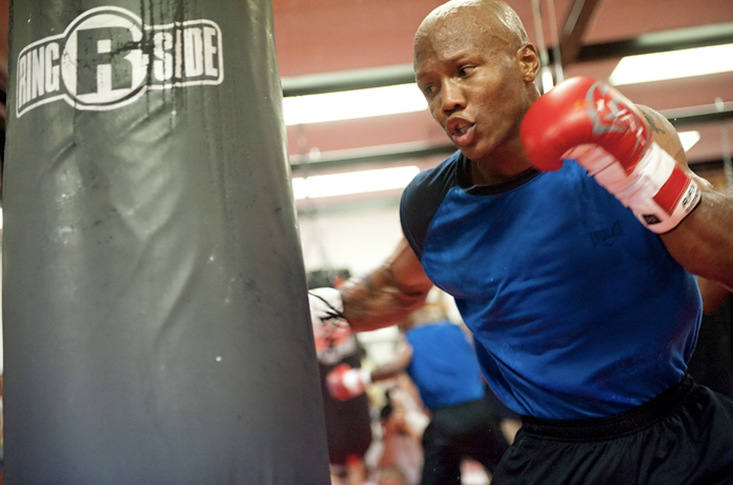 Fined $100,000 and suspended for one year, upon his return Judah began to restore his reputation. He strung together three wins post-Kostya, including a WBO light welterweight title victory over DeMarcus ‘Chop Chop’ Corley. This led him to another chance at an undisputed championship, this time at welterweight. Cory Spinks, son of Muhammad Ali-conqueror Leon, won an entertaining battle in which both men were knocked down. Zab would be victorious in the rematch, taking the unanimous decision and the undisputed title.

A virtuoso display in pounding out Cosme Rivera put Judah on the radar of Floyd Mayweather. The future ‘Money’ was looking to win a title in a fourth weight class, and targeted a collision with his former friend Judah. The boxing world was abuzz with the thought of the two speedsters colliding. ‘Super’ just needed to get through a routine title defence against unheralded Argentine Carlos Baldomir first. What followed typified the chaos that so often tempered Judah’s genius.

On the cusp of a career-defining fight, Judah allowed himself to get pressurised, harassed and outworked by the 10-1 underdog. Baldomir would be victorious via unanimous decision, in The Ring magazine’s 2006 Upset Of The Year. Due to Baldomir only paying the WBC sanctioning fee, the unified title fractured. The WBA awarded their strap to Luis Collazo, while the IBF retained Judah as their champion due to their belt not technically being defended. This loophole meant the Mayweather fight still went ahead, but as always with Zab Judah, the next flashpoint was never far away. 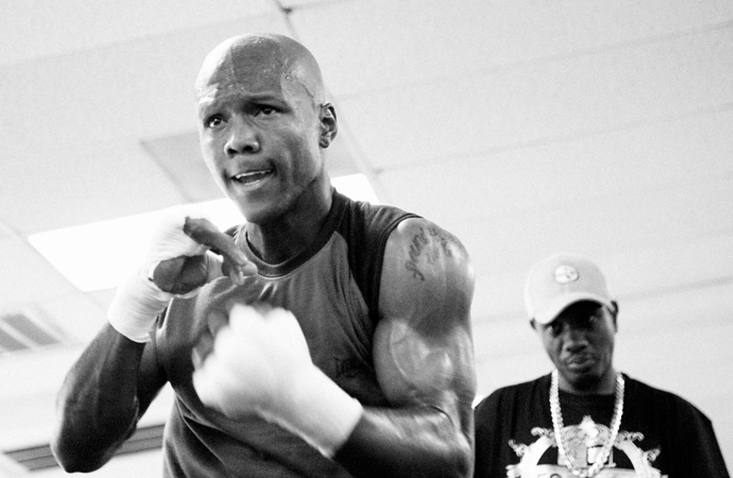 If there was ever one fight that showed the dichotomy of Zab Judah, the intoxicating cocktail of world-class fighter and controversial lightning rod, it was the Mayweather clash. For four dazzling rounds, Judah gave ‘Pretty Boy’ Floyd more trouble than he had seen in years. Fast combinations, barrages against the ropes, and even the hint of a knockdown when referee Richard Steele rather charitably ruled the challenger had slipped. But then, as always, Floyd began finding a way to win. The undefeated great began edging ahead on the scorecards, and had a slender lead heading into the tenth round.

The fight was a ticking timebomb of tense emotions, high-level combat between two of the slickest fighters of the era. But whenever Judah sees a timebomb, he cannot resist giving it a kick. Or in this case, a low blow and a punch to the back of the head. These flagrant fouls drew the ire of Floyd’s trainer and uncle, Roger Mayweather, who climbed into the ring to argue with Judah. This drew another family member into the ring, in the form of Zab’s father Yoel. Bedlam ensued, with members of both teams filing in and aiming punches and kicks at each other. The police followed, as order was restored so fans could watch the one fight they actually paid to see. Predictably, Judah lost the last two rounds as another high-profile opportunity slipped away.

Another fine, this time $350,000, and another year-long ban followed. But as happened so often with this most unique fighter, indiscretion was followed by redemption. Judah’s next high-profile fight came against WBA welterweight champion Miguel Cotto. He would lose by 11th round stoppage in a brutal war, but gain respect for his bravery and fighting spirit in an enthralling contest.

In the years that followed, Judah would often flirt with world class, but never again quite reach the heights he had enjoyed as undisputed welterweight king. He dropped a nine-round technical decision to Joshua Clottey for the IBF welterweight belt, before scoring an impressive decision over tough Argentine Lucas Matthyse. This win led him to his fourth and final world championship reign, when he picked up his old IBF light welterweight title by stopping Kaizer Mabuza in seven rounds.

This final flirtation with championship honours would be short-lived, with Judah losing the title to Amir Khan in a unification bout. Zab went 3-3 in his final six fights, including losing efforts to Paulie Malignaggi and Danny Garcia, before retiring in 2019 after a brain bleed following a loss to Cletus Seldin.

Judah’s career was a storied one. While he deservedly attracted disapproval for some of his behaviour during his younger days, he grew to become a respected elder statesman of the sport. He enjoyed four world title reigns at four weights, and collected some big-name scalps along the way. The controversy will always spring to mind when people think of Zab Judah, but his incredible skills should be heralded also. At his best, Zab had speed, power and a superb defence. ‘Super’ indeed, even if sometimes he was his own Kryptonite.