Rugby League
News
The former Man of Steel returns across the Pennines for 2023, after a successful spell at Leeds.
Steven Allen
12:00, 22 Jan 2023

Zak Hardaker declares that he hasn’t joined Adrian Lam’s Leigh Leopards ‘to be battling for the bottom two places.’

The Pontefract-born back-rower found himself without a club after Wigan Warriors sacked the former Man of Steel for disciplinary issues, before Leeds took him back five days later. As his former side went and won The Challenge Cup, Hardaker proved his worth as he fought his way into Rohan Smith’s side that made it all the way to Old Trafford, dumping out his former teammates along the way.

Now, Hardaker has a new club, new teammates and new goals for the 2023 season, under the recently re-branded Leigh Leopards.

Speaking on his move, the three-time Super League winner said, “Obviously going towards the back end of last year I was going to sign for Leeds and then I wasn’t going to sign for Leeds. And the talk was that I wanted to and Leeds wanted me to, and it was a process that they had to get right as well. There were some things on their side which meant that they had to wait until the death.

“For me, the opportunity came for something different, a different opportunity to what I’ve been used to, a newly promoted team, people speaking about how we hopefully don’t get relegated.”

Hardaker will be re-united with a familiar face upon his return to the borough of Wigan. Adrian Lam guided Leigh Centurions to double glory in the Championship last season, winning both the Million Pound Game and 1895 Cup at the Tottenham Hotspur Stadium. Lam gets another chance to manage Hardaker, who was played mostly as a centre or winger under the Papa New Guinean when he was in charge of Wigan. 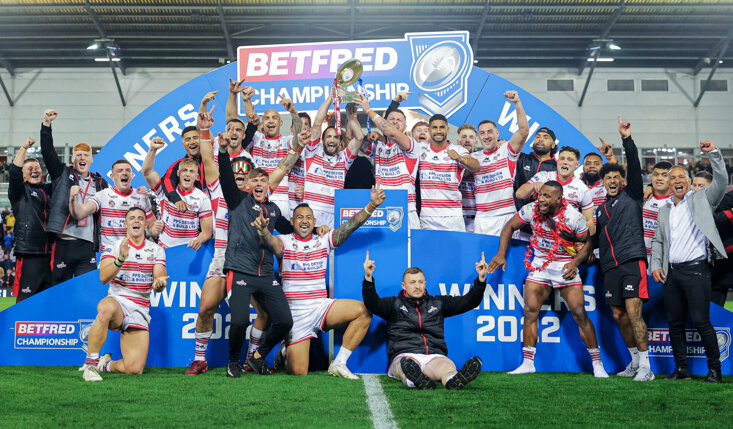 “I haven’t signed here to be battling for the bottom two places, I’m an ultra competitive person, I want to win as many games as I can,” Hardaker told The Sportsman.

“Before I signed I was looking at all my options and I was looking at the signings that they were making, the lads that were already there from last year, the coaching staff, and it’s just something that really excites me. I’m going to be 32 before the end of this year and I think you just need a motive and a drive every year.”

The future is bright for Leigh and Hardaker wants to be part of the team to ignite a Super League team capable of being stalwarts of the division.

“I think any team would motivate me because I just don’t like losing, but then the added ambition of a club that just came up and the rebranding, it’s just like a bit of a story to it. So I think that just helps me with the motivation going into each week.

“People will be saying that we might lose every week, and for me that just adds more fuel to the fire. That is something that will excite me going into this year and I think it’s something that we can use as motivation as a squad and as a club.”