“I just wanted to put a massive shot on and was steaming down the pitch to take anyone with a green and gold shirt on”.

It remains the most famous red card in rugby league history. Feverish attention surrounded Australia’s 2003 tour to Great Britain. A huge build-up preceded the opening Ashes Test at Wigan. The crowd was hungry, the players pumped, referee Steve Ganson’s whistle pulling open the gate for all those raw emotions to flow.

Sean Long kicked off to intense anticipation, with almost 25,000 inside the JJB Stadium bracing themselves for that explosive first contact as Great Britain thundered upfield to welcome the Kangaroos to the north of England.

Leader of the pack was Adrian Morley, a fearsome 26-year old man mountain at Sydney Roosters, even more fired up than normal to go up against his NRL mates in his own back yard. Morley was first on the scene as Aussie prop Robbie Kearns returned the ball. The contact was colossal, and high. Kearns was floored. Morley was red carded. After 12 seconds of the series.

“People always say ‘he meant to do it’ but that couldn’t be further from the truth,” Morley tells The Sportsman, of an incident he hates talking about.

It is an incident he is asked about more than anything from a stunning career that yielded every major domestic trophy.

“It wasn’t pre-meditated,” he claims before later admitting that other incidents in that iconic career were. “It was a mistimed challenge, a rush of blood and we all know what happened.”

Incredibly Australia only won the game by a single score at 22-18, despite having an extra man for 79 minutes and 48 seconds.

Every team needs an enforcer.

The player who will fight and spill blood for his group until the enemy retreats and the battle is won. Indeed many feel that for England to have any hope against Australia and New Zealand in this year’s World Cup, this is exactly the kind of player they need. And in truth it is the big hits and big contacts that fans fall in love with when they first discover league.

Morley was one of the original and best “nasty men” of league, a trailblazing menace of a forward, the lad from Salford who went to Sydney to unleash chaos on the best league in the world. The first British player to win both the NRL and Super League Grand Finals. The inspiration for the Burgess brothers to follow.

“The most I got banned was seven weeks and that was in Australia. I kneed Cory Hughes in the head for no apparent reason, just a rush of blood to the head.

“He was a bit of a grub anyway and was getting on my nerves that game. We were getting beat and there was a bit of frustration, these things happen.”

There are of course some regrets but I get the impression his role remains something Morley is fiercely proud of.

“I was expected to be a bit of an enforcer so you do need to have a little more confrontation about you,” he says.

Indeed ahead of this autumn’s tournament Morley has even agreed to appear alongside Sam Burgess and Jamie Peacock in a mini-tour billed as “Gods of League - The Enforcers” to share moments like these with an enthusiastic audience.

“In the UK I never got substantial bans,” Morley adds. “I was sent off nine times in a 20-year career so I’m quite happy with that. Barrie McDermott beat me by a country mile.”

So what goes on in the enforcer’s head? That line between explosive contact and outright thuggery is increasingly marginal and can cost your team massively if you get it wrong.

What could a player like Morley have been mentally processing in those final seconds in the dressing room as coach David Waite calmly delivered his own final instructions?

Morley admits that most of the times he got it wrong came down to a failure to manage his emotions, a character flaw and mindset issue rather than anything with vicious intent.

“I just would get a rush of blood and see the red mist and would have very little recollection of it happening until it actually happened,” he explains, before the greater admission. There were occasions when it was pre-planned. Personal vendettas did, at times, come at a bigger cost for the team he would let down.

“There were certain players you went out to try and get. But I’d like to think I wasn’t a dirty player. A lot of my bans were high tackles but mistimed challenges, apart from the knee in the head very few were out and out thuggery, punching or kicking. It was careless rather than pre-meditated.”

Morley is of course not the only big man to fall the wrong side of that big-stage tightrope between igniting your team with raw aggression and completely ruining their hopes through ill-discipline.

In 2014 Wigan’s Ben Flower became the first and only player ever to be sent off in a Super League Grand Final, repeatedly punching Lance Hohaia in an extraordinary rush of blood that knocked the St Helens man out cold, cost Flower’s side their season and would see Hohaia forced to retire from the sport six months later. 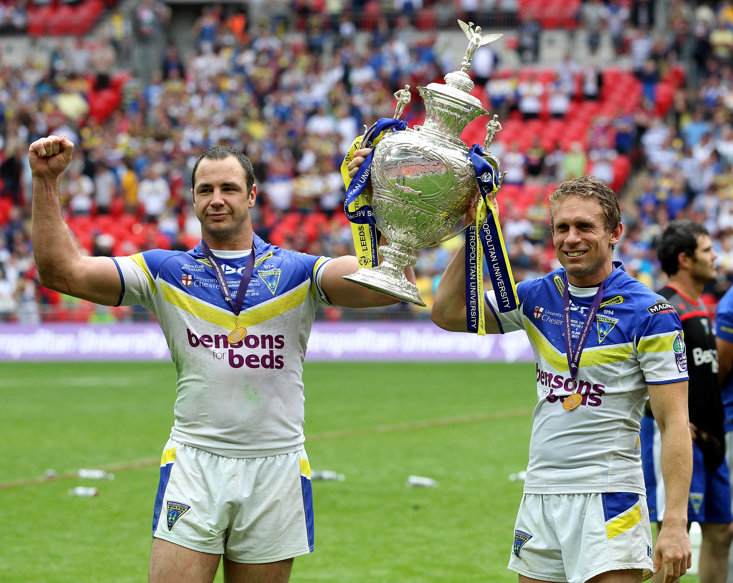 At a time of prioritised player welfare where a sanitised version of the sport faces a fight to preserve its Adrian Morleys it feels timely to hear this psychological insight from one of its originals.

Morley has opened up about his disciplinary past and the reasons for it in fascinating detail and believes that although the game is changing, the enforcer will never be lost from it.

Furthermore the former Leeds and Warrington great insists that he, Barrie McDermott, Stuart Fielden and that happy era of honesty thuggery as he jokingly describes it, would still survive in today’s game.

“You raise a fist now and you get banned and that is the right way to go for the sport but it was different back in the game.

“I’d have adapted if I played now and curbed the way I played. When I was asked to captain Warrington back in 2008 I made a mental decision then not to play the way I used to play with the rash challenges and decisions. I wasn’t sent off for the rest of my career. So I dare say I would have done that in the modern era.”