Football
News
England won 4-0 against Northern Ireland, but relied on their substitutes to win the game
Simon Lillicrap
19:16, 23 Oct 2021

It was far from the perfect performance in front of goal. England’s wastefulness nearly cost them but Sarina Wiegman was rescued by substitute Beth Mead, who hit a hat-trick in what - in the end - was a comfortable 4-0 win over Northern Ireland at Wembley.

The first half was one of utter frustration. Lauren Hemp crashed a shot off the bar after some clever footwork but despite all their domination, England could not find the breakthrough. The closest they came, aside from that Hemp attempt was when Alex Greenwood whipped in a brilliant ball towards the front post and Leah Williamson flicked it towards Nikita Parris, who just could not reach it to convert from two yards.

By the end of the first 45, England had fired 19 shots at the Northern Ireland goal without any success. The chances had presented themselves, with Parris coming within a couple of inches of making it 1-0, but Sarina Wiegman’s side were unable to find the breakthrough and Northern Ireland were delighted.

To their credit, the England fans in attendance at Wembley stuck with the team while Wiegman turned to her bench and brought on Mead and Bethany England. The fans’ patience was rewarded less than a minute later.

As Northern Ireland failed to clear from a corner, the Arsenal forward somehow swivelled and volleyed the ball past having been on the pitch for 60 seconds, becoming the first player to score for the Lionesses in a competitive fixture at the new Wembley. It is a goal that will go down in history, but the subs were not done there.

The second goal came with a touch of fortune as Bethany England poked home on the line after Jacqueline Burns was chipped by Lauren Hemp - but from then on, it was the Mead show. Moments later she volleyed home England’s third as the floodgates opened, connecting beautifully with a cross to fire past Burns. 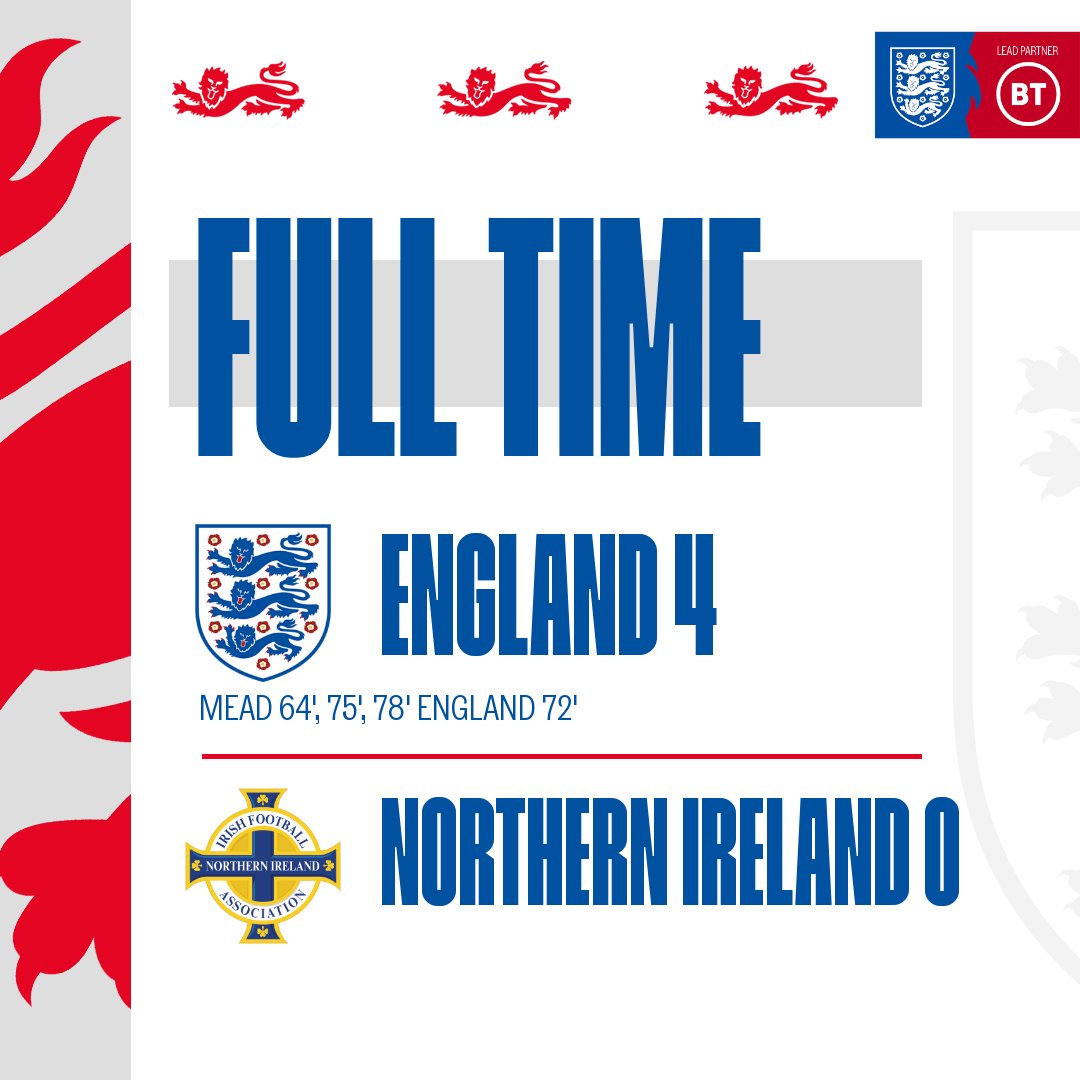 By that point, the crowd were in full-on party mode, generating a wonderful atmosphere at the home of English football. Burns did well to deny Beth England her second from the bench, but the ball fortuosity fell to Mead who slotted home. This takes England’s record in World Cup qualifying to played three, won three, goals scored 22, goals conceded 0.

But this performance also gives Wiegman plenty to think about. She has a huge amount of strength in depth, as this performance showed and even when the likes of Ellen White aren’t firing, she has options that can win games - almost single-handedly. Although the manager will be frustrated with what unfolded in the first period, she presented her substitutes with the perfect opportunity to come on and shine - which is exactly what they did.

From what was looking like a tricky evening on the hour mark - England come away with another handsome victory, and Beth Mead takes home the match ball.