With scientific progress continuing to identify the risks induced by concussion in football, the English Premier League is reportedly ready to take measures to introduce additional substitutes to negate the adverse effects of those who suffer head injuries during matches.

The Daily Mail suggests that the new changes could be brought in as early as the 2020/21 season, and help overturn the dual concerns of safety concerns to the player, and negative repercussions on team tactics in the course of a match.

Currently, just three substitutes are permitted within a Premier League football match for each side. A player who suffers from a head injury within a game is currently replaced by a squad player, using one of the three substitutes options available from a bench of a maximum of seven. Or, if they’ve already been used up, the affected side being brought down to ten men.

Now, two new methods have been suggested, with both said to be supported by the Premier League and the Football Association.

One would involve a player with concussion symptoms being taken off immediately and not being allowed to return for the rest of the game. The substitute brought on would not be counted towards the ‘three’ designated.

The second would adopt the method tried and tested in other sports, such as rugby union, where the player is removed from the action for approximately a quarter of an hour, in order to assess the extent of the head injury with a replacement being brought in to play in their place. 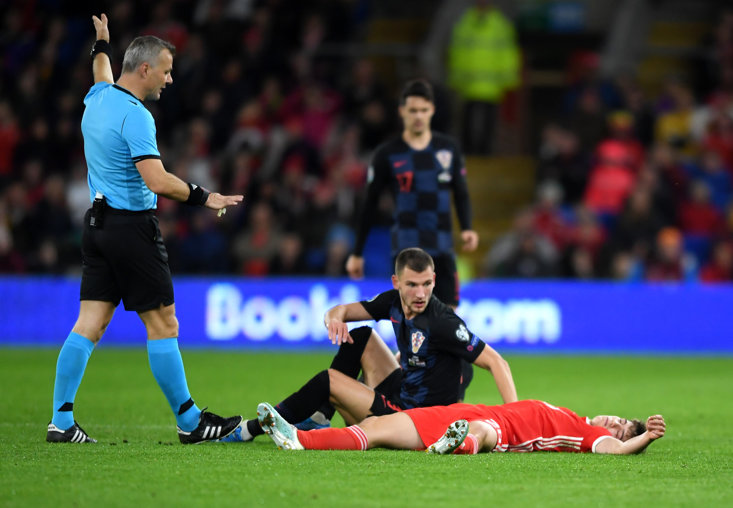 The Rugby Union Laws of the Game currently allow a player from the 15 on either team to leave the field of play and be temporarily replaced, even if all the replacements have already been used:

“The game cannot restart until the player who requires a Head Injury Assessment (HIA) has been temporarily replaced,” state World Rugby, “If the player is not available to return to the field of play after 12 minutes of leaving the playing area, the replacement becomes permanent.”

Something similar to this method would be likely instigated in the EPL should it be optioned.

Back in October, the International Football Association Board brought the concept of ‘concussion substitutes’ to the table at a meeting in Zurich, Switzerland and will purportedly discuss further changes in February 2020. A vote to introduce the new system will hopefully commence in the spring.

Liverpool goalkeeper Loris Karius - currently on loan at Beşiktaş - was a prominent figure who inadvertently brought the issue further to attention, having sustained a head injury against Real Madrid in the Champions League Final in 2018. Liverpool lost the game 3-1 with Karius coming in for his abject performance in goal.

Regardless of a supporter’s affiliation with a particular club, scenes in which a footballer appears unconscious are never pleasant. With more attention being brought to the intrinsic connection between concussion and conditions such as Parkinson’s, Motor Neurone Disease, and Alzheimer’s, the changes should be welcomed across the board. On this important subject, the future of football is looking just that little bit brighter.