Football
News
This weekend's clash between first and second in the Scottish Premiership could go down as a classic
Simon Lillicrap
08:32, 12 Sep 2021

Christmas Day 1875. On a typically frosty Scottish winter morning, whilst many were celebrating the birth of Jesus Christ, we also witnessed the birth of a brand new football rivalry. Edinburgh’s rivalry.

The Scottish capital may often be overshadowed in footballing terms by their Glaswegian neighbours, who boast the country’s two biggest teams, but this is a rivalry that pre-dates the one between Rangers and Celtic. This is Heart of Midlothian v Hibernian and on the 25th December, 1875, the two sides met at Edinburgh Park the Meadows, with Hearts, who took their name from a Walter Scott novel, coming out 1-0 victors.

Hearts v Hibs is one of the oldest club rivalries in world football and this weekend it returns for the 326th time competitively, with anticipation higher than ever after a year where the two sides did not face each other in the league. Hearts, of course, spent a successful year in the Scottish Championship under Robbie Neilson, who at the first time of asking guided them back to the Premiership and now have made a flying start, along with their city rivals, to the new season.

Both Edinburgh clubs lead the way after four league games, with three wins and one draw apiece, but Hibernian are just edging things on goal difference. After a third place finish and a Scottish Cup final appearance, Jack Ross has taken the Hibees forward and now, they look the most likely to break the Glasgow duopoly. 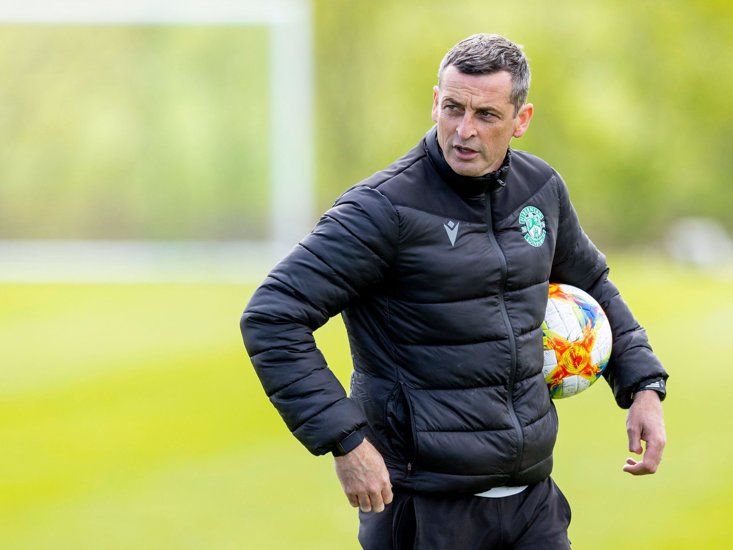 Hibs winger Martin Boyle has arguably been the standout player in the division so far and having found the net 12 times last term from the right wing, has looked deadly in front of goal so far this season, with four from four putting him top in the race for the Golden Boot. Unfortunately Christian Doidge’s achilles injury has weakened their attacking options, but Kevin Nibet is more than capable of filling his shoes and linking up well with Boyle.

For Hearts, their main man going forward has been striker Liam Boyce who won the Golden Boot in the Scottish Championship last season with 14 goals and has already got three goals and one assist to his name for the side that have taken to life back in the top division with ease. There is also excitement about the loan signing of Liverpool’s Ben Woodburn, having made his debut against Dundee United, he could make a real name for himself in the Edinburgh derby.

This feels like a different club to the one that was prematurely relegated at the start of the Covid-19 pandemic and club legend Neilson deserves huge credit for changing that negative atmosphere around the club. For Hibs, who spent three years in the Scottish Championship themselves last decade, they have been steadily consolidating and building towards a season like this.

With Jack Ross at the helm they look like a side ready to compete for the top honours, but city rivals Hearts don’t look like they are ready to settle for a season of consolidation at the first time of asking. It’s rare that these two take each other on in such good form and it is even rarer that it is a top of the table clash, with Rangers and Celtic both looking flappable.

This Edinburgh Derby, with all its history, has given us some epic encounters in the past. Hearts 5-1 Hibs in the 2012 Cup final, Hibs 6-2 Hearts and Hearts 0-7 Hibs back in 1970 all stick in the mind, but in terms of importance, this could go down as another modern classic.

By the time these two meet for their traditional New Year’s match-up, things could look different, but for now, Neilson v Ross, Boyle v Boyce and 1st vs 2nd makes for an Edinburgh derby not to be missed.