Boxing
News
We look back on the career-defining fights of Chisora and Parker ahead of their blockbuster rematch
Joey Mills
15:10, 16 Dec 2021

Former WBO heavyweight king Joseph Parker will step into the ring with Derek Chisora this weekend, in a rematch of their May collision. On that night, Parker scored a split decision victory over ‘Del Boy’. Chisora had dropped the New Zealander just seven seconds into the fight, but tired down the stretch and once again found himself on the wrong end of a close decision. Boxing’s proverbial bridesmaid, the eleven losses on Chisora’s record do not tell the story of a fighter who has operated at the very top of his sport for a decade.

The fights below should tell that story a little better. Here are the greatest wins in the careers of both Parker and Chisora, as they each seek to enjoy a career-defining night in Manchester on Saturday.

The unbeaten American had been touted for heavyweight stardom since his days as a standout amateur. Chisora had lost three of his last four, being defeated by the fearsome trio of Robert Helenius, Vitali Klitschko and David Haye. The table looked set for Scott to step up to the next level by taking the scalp of a respected, but fading, contender.

As he often does, ‘Del Boy’ had other ideas. Chisora tore into the favourite, clubbing him to defeat in six rounds. Scott’s career never really recovered, and he now serves as the head trainer to Deontay Wilder.

The Cameroon-born slugger was looking to get back on track after losing a world title challenge to Anthony Joshua. As heavyweights looking to rebuild often do, he came knocking on Chisora’s door. The man they call ‘War’ would make Takam wish he hadn’t bothered.

In a gripping bout, Chisora was behind on the judges scorecards going into the eighth round. A pair of crunching overhand rights later, and Takam had been to the canvas twice before being stopped. Once again, ‘Del Boy’ had pulled a result out of the fire when the only one who believed in him was himself.

There is nothing quite like a heavyweight battle of Britain. Chisora himself had lost a quartet of high-profile bouts to Tyson Fury and Dillian Whyte. But his heavily-hyped collision with David Price ended in his dominant favour.

The erratic Liverpool puncher was coming into this meeting off the back of three wins, while Chisora had just scored a strong win over Artur Szpilka. On the night, Chisora’s quality told as he won a bruising encounter by fourth-round stoppage. It was a statement win from a fighter who is too often defined by his losses. 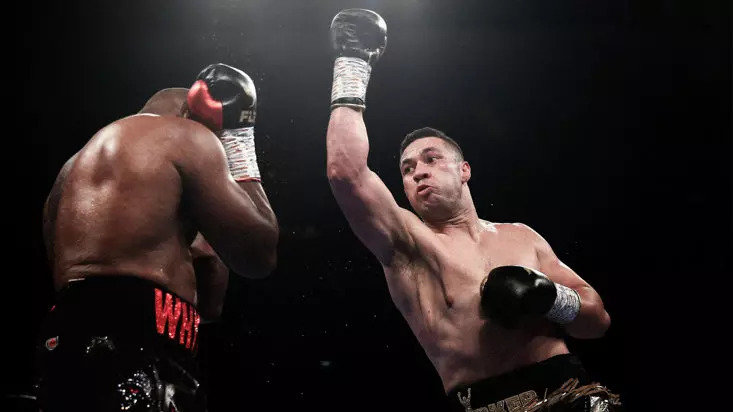 Parker already had a smattering of heavyweight fringe contenders on his record by the time he knocked out the German in the third round, and this bout’s decisive ending propelled him to a first world title shot.

Dimitrenko had seemed a lock to challenge for a title during Europe’s dominance of the heavyweight scene in the previous decade, but Parker handled him like no other opponent had. Dimitrenko had two previous career losses, but nobody had taken him out with the precision of Parker. There was a question over the final blow, which appeared to be delivered while Dimitrenko was kneeling, but none over the dominance of the victor. A true gateway to heavyweight riches for the New Zealander.

If ever a result has aged like a fine wine, it is this one. Parker and Ruiz met for the WBO championship vacated during Tyson Fury’s initial retirement, but nobody could have imagined how significant this fight would look a few years later.

Parker outpointed Ruiz via majority decision, to become the first fighter from both New Zealand and the Pacific Islands to claim the heavyweight crown. Unbeknownst to him at the time, he also handed the first defeat to a man who would later knock out Anthony Joshua to claim three of the four heavyweight belts. Parker remains the only fighter to beat Ruiz at the first time of asking, and a rematch between the pair would sell a lot of tickets.

The most instructive fight to recall before this week’s rematch plays out, Parker is of course coming off the back of a win over his Manchester opponent. ‘Del Boy’ was the latest step on the road back to the title, with the New Zealander riding wins over former world title challenger Alex Leapai and previously-unbeaten Junior Fa going into their first encounter.

Parker hit the canvas seven seconds into the bout, but started to gain ground in the fourth round before boxing well down the stretch. Chisora bitterly disputes the decision, and the fight was certainly close. But it did appear Parker had done enough, despite the early knockdown, to warrant a close nod on the cards. Now the two fighters get a chance to run it back. Will it be repeat or revenge?