Boxing
News
The Olympian will take to the ring in Manchester on February 19 for the first time as a pro
Seb Parkinson
11:45, 10 Jan 2022

Frazer Clarke will make his professional, Sky Sports and Boxxer debut on the undercard to the highly-anticipated Amir Khan vs Kell Brook fight in Manchester on February 19.

The 30-year old captained Team GB at the delayed Tokyo Olympic Games in 2021, securing a bronze medal in the super-heavyweight division behind Richard Torrez and gold medalist Bakhodir Jalolov.

There was much anticipation over his future post-Tokyo as to who he would sign with and how quickly we’d see him in a professional contest. Many believed he would sign a promotional deal Matchroom after it was announced he would be managed by Anthony Joshua’s 258 management.

But it was Boxxer and Sky Sports who Frazer Clarke signed a long-term promotional deal with in December, to which Clarke explained at the time: “Signing with BOXXER is massive for me. Since I got back from the Olympics there’s been a lot of interest in where I was going to go. After weighing up all the options and speaking to the guys at BOXXER and Sky Sports, I came to this decision and here we are, ready to take the first step."

And it has today been announced that Clarke will make his professional debut on the undercard of Amir Khan vs Kell Brook, subject to licensing by the BBBoC, slated to be one of the biggest events of the year. 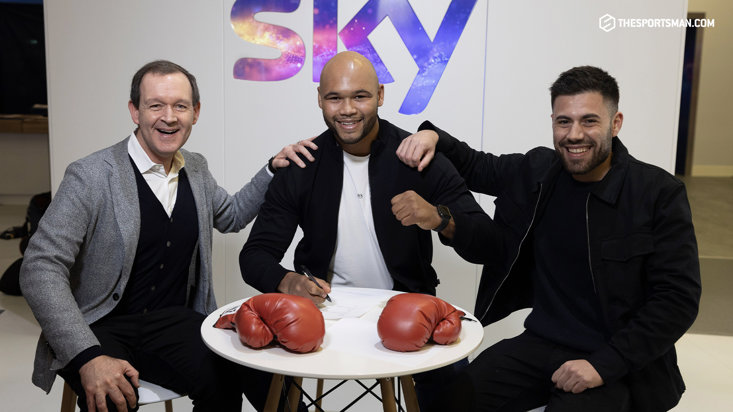 Frazer Clarke isn’t shy when it comes to victory. ‘The Eraser’, as he’s known holds an amateur record of 63 wins to 25 defeats, with five wins coming by way of knockout. Clarke is no stranger to titles either, most notably winning gold in the 2014 and 2018 European Union Championships as well as at the 2018 Commonwealth Games to complement his bronze at Tokyo 2020.

Speaking of the announcement and being relatively local to the arena, Clarke, from Staffordshire explained: “I am delighted to be making my debut on such a big night for British boxing.

“Both Amir and Kell are legends so to be on their undercard is amazing. Burton is my home town and a place I love, but Manchester holds a special place in my heart, so to start my journey in front of their fans is special. Training is going great and I am 100% focused on putting on a spectacular and entertaining show for everyone in the pros.”