Snooker
News
The pair met in four World Championship finals, now they will face each other for the chance to play at the Crucible
Hector Nunns
16:20, 24 Mar 2021

It was a special sporting moment when Stephen Hendry, the record seven-time winner of the Betfred World Championship discovered his first qualifying opponent in his comeback bid for a Crucible Theatre return.

With Hendry a pundit alongside Jill Douglas in the studio at the Tour Championship, the ITV presenter kept her fellow Scot on tenterhooks before revealing that he had drawn veteran Jimmy White.

There were gasps of disbelief all around. They came from Hendry himself, making a comeback to the professional game this year after nine years in retirement, but also from all those watching on television and certainly in the media centre at Celtic Manor.

The blood runs deep when it comes to Hendry and the 58-year-old White’s personal World Championship history in Sheffield. They have met seven times in all in the blue-riband event, with the mercurial left-hander coming out on top twice.

But no one talks about those matches. They talk only about the four finals in five years that White lost to his nemesis between 1990 and 1994. And among those were defeats that could have destroyed a lesser man. 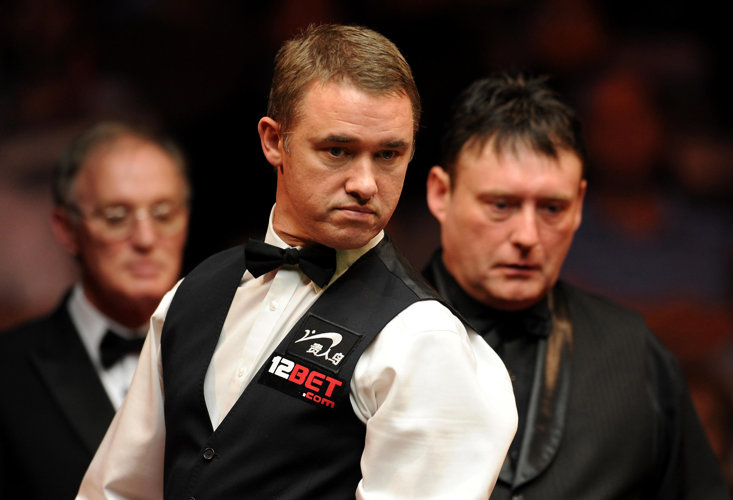 In 1992 White led 14-8 and admitted he was preparing to finally give a winning acceptance speech, but then lost 10 frames in a row to see Hendry lift the famous trophy.

The 1993 final was a one-sided drubbing, Hendry running out an 18-5 winner with a session to spare. And then another cruel blow soon came along in 1994, when White twitched a black in the decider when well set and agonisingly went down 18-17.

It was after that loss that White famously said in the arena during the presentation, “He’s beginning to annoy me”.

He was never to win the prize he cherished most, or reach another final at the Crucible. And the epithet often given to White is ‘six-time Crucible runner-up’, rather than ‘10-time winner of ranking events, plus a Masters’.

Many might have ended up bitter having run into a rival so often at the peak of his powers in the match that mattered most in the entire season. But White’s unquenchable love for the game not only kept that at bay, but has seen him continue on tour ever since.

This season marks his 41st on the circuit unbroken, albeit with the assistance of a couple of recent wildcards handed to him by supremo Barry Hearn for his huge contribution to the sport.

Hendry’s astonished reaction was priceless. He said, “No way…stop it! I can’t believe that, someone is winding me up.

“All those finals we played at the Crucible and now we are starting off at rock bottom against each other at the start of qualifying.

“We have been practising together as well, so that’s ended right away. I can’t speak to him now!”

Qualifying begins on Easter Monday at the English Institute of Sport with both needing to win four rounds to reach the iconic Crucible venue, and their match is set to take place on Tuesday, April 6. The clash is guaranteed to garner enormous excitement and interest worldwide as they both bid to return to the famous theatre.

Hendry retired from the professional arena in 2012, at least finishing with a flourish and a 15th maximum break at the World Championship. But he was offered and accepted a two-year tour card from Hearn following a round of golf last September. 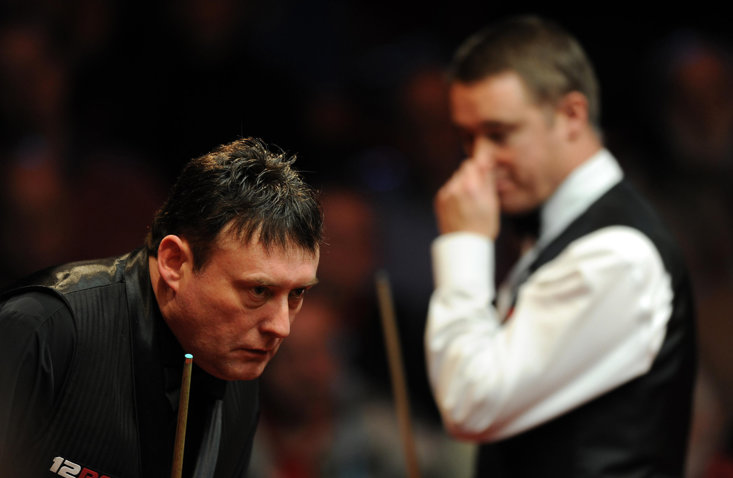 There were a few false starts before Hendry finally made his long-awaited comeback appearance. He initially indicated that November’s UK Championship before backing away when it was clear there would be no crowd.

Then Hendry entered the Pro Series but swiftly withdrew after not being given his later preferred start date, saying he was not ready and didn’t want to embarrass himself. And then there was controversy as he claimed his Welsh Open entry was not picked up because of what he suspected was a computer glitch. World Snooker insisted all systems had been in working order.

The big day eventually came, and in his comeback match at the Gibraltar Open held in Milton Keynes, the winner of 36 ranking titles showed signs of his former glories as he hit a century in a 4-1 defeat to close friend Matthew Selt.

But all those delays are now forgotten, with the draw against White ticking every conceivable box that Hearn could have imagined when persuading Hendry to re-enter the fray after so long away as a commentator and pundit at the major tournaments.

Hendry’s possible path to the Crucible is mapped out, and should he get past a fired-up White, he could have to beat China’s Xu Si and Zhou Yuelong, and then Geordie Elliot Slessor.

ITV Sport
@ITVSport
"You're winding me up?!" 😆😲
@SHendry775 has been drawn to face Jimmy White in the First Round of the World Championship qualifiers 🙌
#ITVSnooker @WeareWST
560
2637

Amazingly after all the agony Hendry has inflicted on White he is likely to send him spinning off the tour with another damaging victory.

Hearn said, “I must assure the cynics the draw was as straight as straight…but it is incredible. It will create so much interest.

“Jimmy might even be the favourite. I have quite an imagination, and when I offered Stephen the tour card, to see him play Jimmy again in the World Championship is way beyond it.

“It is two legends colliding, and every snooker fan in every country in the world will be looking forward to it.”