Having now completed a three-match ban for his sending-off in a 1-0 defeat by Bournemouth back in May, Tottenham Hotspur forward Son Heung-min is available for selection once more. It would not at all be a surprise if the South Korea international came straight back into Mauricio Pochettino’s starting XI for the visit of Newcastle United this weekend, as Spurs attempt to make it seven points from nine at the start of the 2019/20 campaign.

Tottenham may have fallen behind on the opening weekend, but they fully deserved their 3-1 victory over Aston Villa after an excellent second-half performance. They were somewhat more fortunate last time out, holding Manchester City to a 2-2 draw at the Etihad Stadium despite the fact their opponents dominated from start to finish. However, Sunday’s meeting with Newcastle offers a fantastic opportunity for the north Londoners to register their second win of the season.

Against Villa, Pochettino went with a 4-3-1-2 formation in which Erik Lamela was deployed as an attacking midfielder behind a front two of Harry Kane and Lucas Moura. A week later against City, Spurs shifted to a 4-2-3-1 setup, with Moussa Sissoko, Lamela and Christian Eriksen used in a line of three behind Kane.

Pochettino may opt to return to the 4-3-1-2 configuration this time around, with Son partnering Kane up top. He could also opt for a 4-2-3-1 with Son and Lucas out wide and Eriksen centrally, with Kane leading the line; indeed, the Argentinian may also want to reward Lucas with a start after his headed equaliser last time out.

Son was deservedly named Tottenham’s Player of the Year last season, despite the fact he missed several games due to his participation in the Asian Games and Asian Cup. The fact that he won the former tournament with South Korea was excellent news for Spurs, as the former Bayern Leverkusen man is now exempt from military service in his homeland. The forward scored 20 goals in 48 games in all competitions, as well as providing nine assists. He excelled both out wide and in a central role, and admirably stepped up to the plate when Kane was absent through injury.

Tottenham Hotspur
@SpursOfficial
Who's looking forward to seeing this guy back in action? ✋
#THFC ⚪️ #COYS 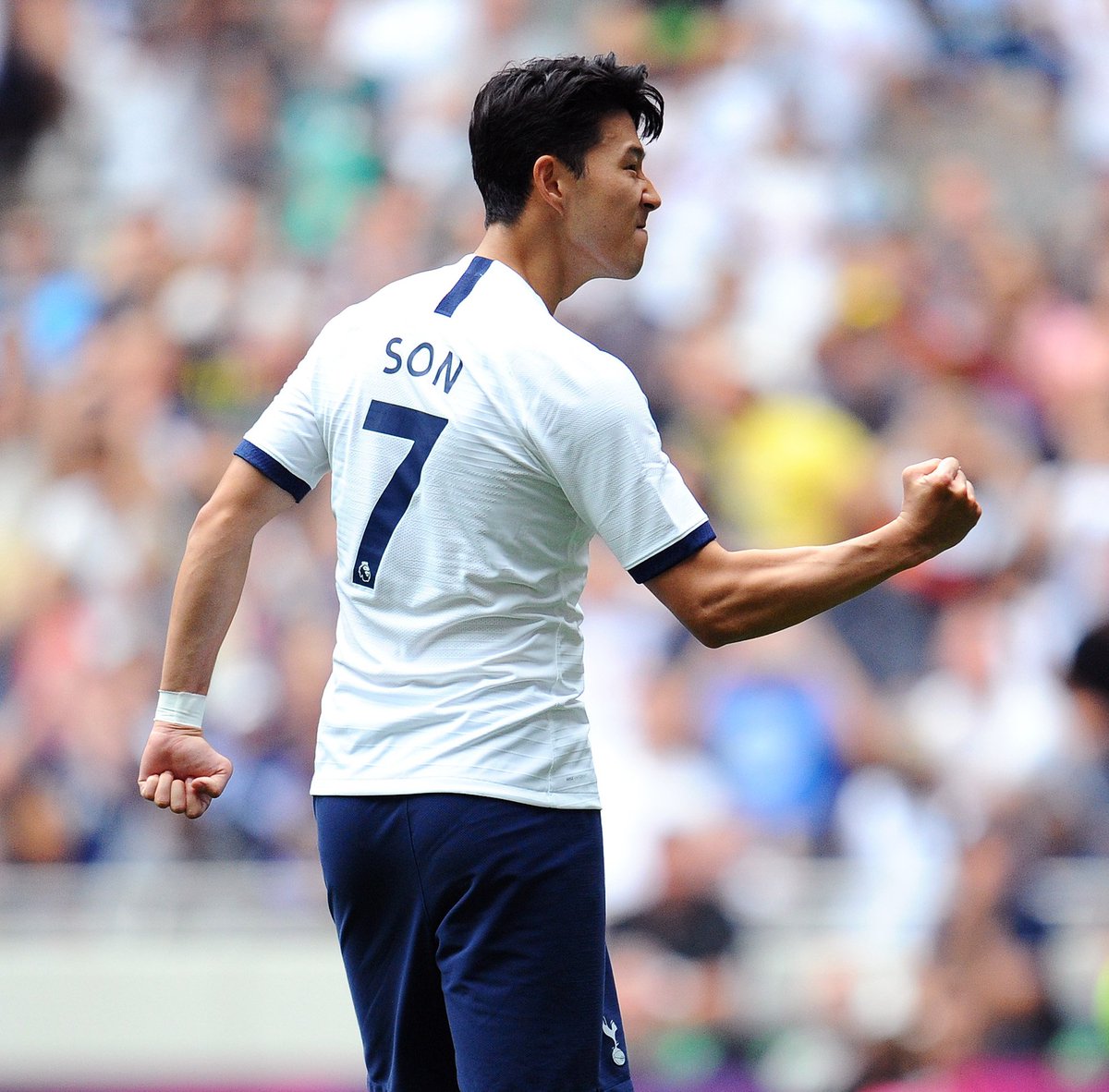 Son is one of the Premier League’s best players in transition when his speed and direct running can help transform defence into an attack in an instant. He is fantastic with both feet and a fine finisher who has converted plenty of chances from tight angles or difficult positions. Son is also adept at beating defenders in one-versus-one situations, while his darting off-the-ball runs make him a target for his team-mates’ penetrative passes.

“Sonny is like when you have a battery, you work work work and then the battery is gone,” Pochettino said last season.

“He is like this, he gives you everything and when he’s exhausted he says ‘I need to change’ or needs to rest. He’s like this. Always on the pitch, he’s 100 per cent in every action without or without the ball. That is the most important thing, it’s a very good example for everyone, watching him play. Of course after the first season he understood what we expected of him.

“He’s now if you see him, he’s one of the players who is always moving on the pitch, trying to get the best position in defensive and offensive situations. Always giving options to team-mates, running forward, dropping and then arriving from the second line. He is a very complete player today and we are so happy with his performance.”

The Argentinian is clearly a huge fan of Son, so much so that he will probably restore him to the starting XI this weekend.