We’ve had some epic derbies in Super League over the years. From the Jordan Tansey controversy which capped Leeds Rhinos’ rollercoaster 42-38 victory over Bradford Bulls at Magic Weekend 2007, to Jimmy Keinhorst’s last-minute winner for Hull Kingston Rovers against Hull FC in the snow of opening day 2019.a

And then, of course, there was Jack Welsby’s sensational Grand Final clincher after the hooter in 2020 to see St Helens overcome bitter rivals Wigan Warriors.

There has been plenty more in the way of punch-ups, pummellings and passion in the various derby matches to take place over the 27 seasons of the Betfred Super League, but on Thursday there will be a brand-new rivalry on display as Catalans Dragons and Toulouse Olympique play out the first ever all-French fixture in the British top flight. It has been a long time coming.

The failed experiment of Paris Saint-Germain in 1996 and 1997 saw attention focused on the French rugby league heartlands ahead of Catalans’ inclusion for 2006. The Dragons’ success, culminating in their 2018 Challenge Cup win, the hosting of Super League’s biggest regular season attendance at Barcelona’s Camp Nou stadium the following year and their League Leaders Shield success of last October, has paved the way for a historic moment in the game’s history on Thursday night.

The Dragons will be looking to take out the frustration of back-to-back defeats on their compatriots. Their disappointing reverse to Huddersfield Giants in their last Super League fixture was compounded by a Challenge Cup exit to St Helens last time out. Steve McNamara’s are not used to such a skid, having been the runaway leaders for much of 2021. 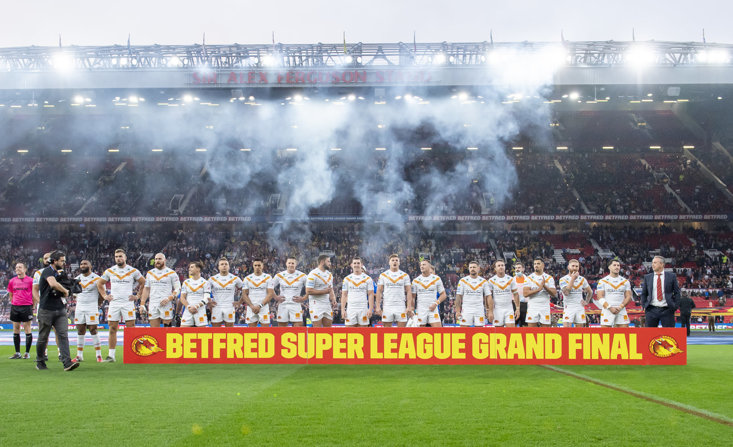 Meanwhile Toulouse are coming off the high of their comeback win against the reigning champions in their last fixture on French turf, overturning a 20-12 Saints lead late on to triumph 22-20 thanks to Paul Marcon’s dramatic finish in the corner. It was Olympique’s first victory since their promotion to Super League at the end of last season, and what a way for them to make their mark.

“St Helens are the best in rugby league in Europe, but the boys have been working so hard for weeks and you could feel it coming,” Toulouse coach Sylvain Houles told Sky Sports after that monumental win. “It’s historic, it’s our first win in Super League and it is ironic that it was St Helens. It is up to us now, it is in our hands to stay in Super League.”

More history awaits at the Stade Gilbert Brutus on Thursday. A northern hemisphere game which has striven to expand its horizons to the likes of London, the Midlands, Canada and New York with varying degrees of success has found a natural home in the south of France. In a sport which thrives on the fervour that builds around derby day, Catalans and Toulouse are about to provide us with the latest example of what makes rugby league great, complete with a Gallic twist.

This one will be must-see TV.