Cricket, tennis, football, and Formula 1 have all revelled in the sporting spotlight this month, but now it’s the time for darts to dazzle when the iconic World Matchplay explodes into action on Saturday.

All eyes will be on Blackpool's historic Winter Gardens between July 20-28 as the PDC's second longest-running tournament, which has been in full flow since 1994, rocks into town. 32 of the world’s best players will fight it out tooth-and-nail for the chance to win the 26th edition of the Betfred-sponsored showcase spectacle, and in turn add to the tournament’s already spectacular showreel.

The Winter Gardens first opened its doors on 11 July 1878, when the Lord Mayor of London waltzed into town. Since then it's staged Opera shows, Royal Variety performances, political conferences, concerts, and most importantly the darts, which is held in The Empress Ballroom.

Back in the early 1990s the then PDC Tournament Director and co-founder, Tommy Cox, put forward the idea of a summer tournament, to be held in the North West seaside resort of Blackpool.

The grand Winter Gardens was chosen as the location and the rest, as they say, is history. The 3,000-capacity venue Empress Ballroom has since become an iconic arena in the darts world - now famed for its electric atmosphere - with 2019 the 26th consecutive year that the Grade II Listed Building has hosted the World Matchplay Darts.

32 players from four nations descended upon Winter Gardens in 1994 for the inaugural World Matchplay, a legs only event. Over half of the field originated from the host nation, including Eric Bristow and Phil Taylor, however it was American Larry ‘The Bald Eagle’ Butler who stole the show.

Butler darted into the history books after he shocked Dennis ‘The Menace’ Priestley 16-12 in the Final, and to this day he remains the only player from outside of Europe to grab the spoils. The fully-qualified Microsoft engineer would later open up a computer repair store, before returning to the fold in 2007. 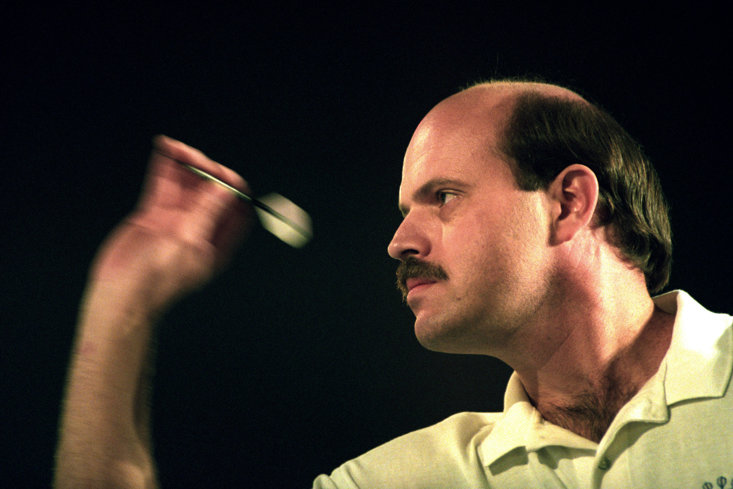 The World Matchplay has witnessed a multitude of memorable moments. From the aforementioned shock success of Larry Butler, to Phil Taylor’s raft of records, including THAT first spine-tingling nine-darter in 2002.

Who could forget the engrossing 2013 semi-final between Adrian Lewis and Michael van Gerwen, which saw the latter agonisingly miss a double 13 for a 146 finish, before Lewis bagged a double at the second attempt for a 17-15 victory, sinking to his knees in pure jubilation.

The Winter Gardens has also witnessed a jukebox of sensational comebacks, the most notable of which was arguably Andy Hamilton’s 17-15 quarter-final victory over Simon Whitlock in 2011, after being 8-15 down.

Only three players have been victorious on multiple occasions at the World Matchplay. Two of which are Michael van Gerwan and Rod Harrington, with a couple of wins apiece, while the other is a certain Phil Taylor. ‘The Power’ electrified Winter Gardens on a consistent basis, accumulating a simply staggering 16 titles; that’s seven more than the other seven winners combined. Remarkably, Taylor has a Final win rate of 94.1%, losing just once in 17 appearances.

Taylor first got his hands on the World Matchplay title in 1995 after he ousted Dennis Priestley 16-11. By 2006 he’d bagged his eighth success, then between 2008 and 2014 his supreme dominance produced seven successive triumphs, during which he won 38 straight games. The legend’s last ever match at Winter Gardens was fittingly a Final win, as an 18-8 victory over Peter Wright saw him claim an incredible 16th World Matchplay title, to rapturous applause.

Taylor remarkably only lost eight Matchplay games, from his debut in 1994 through to his last showing in 2016. He also holds eight of the 10 highest World Matchplay one-match averages, including the current record: 114.99 (2010).

This year the winners prize fund is a staggering £140,000 more than what Butler received in 1994, and £107,200 greater than the total tournament prize money for that debut year. 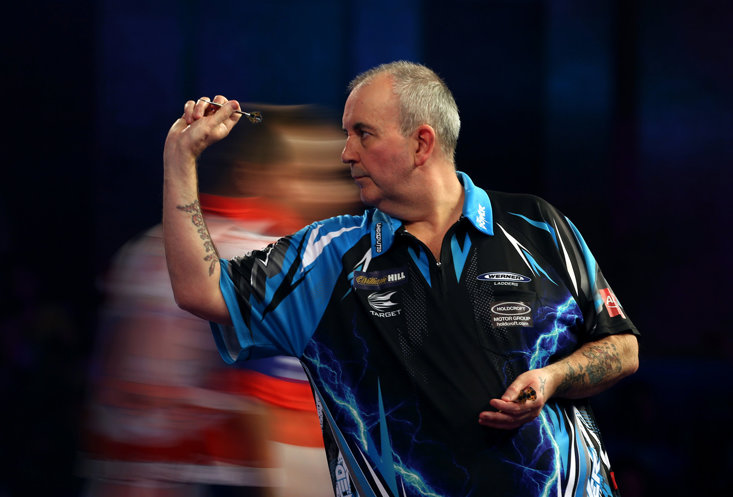 Phil Taylor - who else? - got the ball rolling in 2002 when he fired home a nine-dart finish in the quarter-finals against Mason - “Double 12 for history!,” commentator Sid Waddell memorably screamed - the first of 10 he’d sink on TV. It’s a feat Taylor would repeat 12 years later in a second round success over Michael Smith.

Five other players have carded nine-dart finishes. After Taylor’s first, we had to wait eight years to see the next from Raymond van Barneveld in 2010, John Part followed suit in 2011, while 2012 witnessed two, from Michael van Gerwen and Wes Newton. Last year, eventual champion Gary Anderson became the sixth player to join the nine-dart party after he conjured up a moment of magic against Joe Cullen in the quarter-finals, a thrilling match he’d go on to edge 19-17.

Double champion Michael van Gerwen heads into the tournament as the favourite to scoop his third World Matchplay accolade, and first since 2016. Defending champion Gary Anderson will be bidding to win the Phil Taylor Trophy for the second successive year after defeating Mensur Suljović 21–19 last year in the longest final in the tournament's history. 2018 World Darts Champion Rob Cross also features in the betting, as does Welshman Gerwyn Price, and 2007 victor James Wade who is a six-time finalist.