Jake Paul defeated UFC icon Anderson Silva by unanimous decision on Saturday, knocking down ‘The Spider’ in the process. The caveats typical of a ‘Problem Child’ were all there. His opponent was 47, far past his fighting peak and made his name in another sport entirely. But still, this is the best win of Paul’s curious combat career so far. Given the fact he won, it also won’t be the last.

With WBC president Mauricio Sulaiman refusing to rule out Paul receiving a world ranking, the circus isn’t leaving town for a while yet. Clearly a profit-spinner in freak show, cross-codes matches, there’s financial mileage in this traveling circus.

Silva was his first fight against someone with a professional boxing record. Going into the Paul bout, the UFC legend was 3-1, with one of those bouts taking place in 1998 and another in 2005. Considering his other boxing outings were an admittedly impressive win over a faded Julio Cesar Chavez Jr and a walloping of middle-aged ex-UFC colleague Tito Ortiz, he was hardly the sort of professional boxer Paul detractors have been demanding he face.

As always for someone who draws big crowds and lucrative pay-per-view buyrates, Paul has options. Let’s start with the two he personally asked for in the aftermath of the Silva win. The YouTube star called out Saul ‘Canelo’ Alvarez and Nate Diaz after the fight. ‘Canelo’ has said on countless occasions that he has no interest in facing what basically amounts to an amateur. With a Dmitry Bivol rematch in his sights, don’t expect to see the flame-haired Mexican playing a press conference game of “Got your hat!” any time soon.

Diaz is far more plausible at this stage. The Stockton-born MMA veteran just finished his UFC commitments with a surprise win over Tony Ferguson. At the age of 37 and as a mixed martial artist with no pro boxing experience, he fits Jake’s bill to a tee. The storyline is compelling too, which is a vital component of Paul’s WWE-lite appeal. Diaz got into a brawl with members of the influencer’s team while trying to enter Jake’s dressing room before the Silva fight. This kernel of real-life drama can be elegantly spun into a PPV-worthy tale. 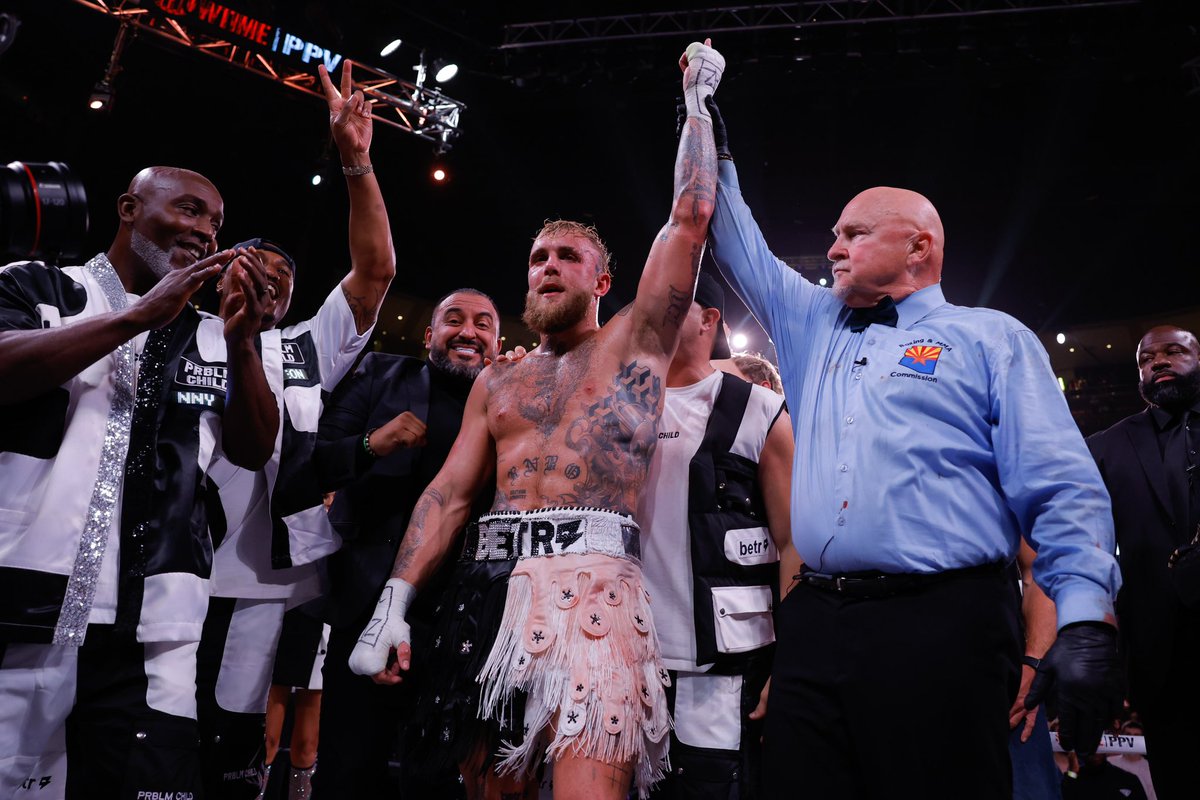 With the well of decaying ex-UFC headliners rapidly drying up, Paul may be forced to shop around for his next foe. One of the most lucrative options at this stage is a little closer to home. Fellow new media messiah KSI boasts a 3-0 professional boxing record, with one of those wins coming over Jake’s elder brother, Logan. Jake and the Brit have challenged each other multiple times over social media, and the timing makes sense.

Whatever you think of his talents, it is clear that Paul has piqued the interest of a new generation that might not have found boxing another way. For Gen Z who watch the fights because they feature the guy they watch on YouTube, KSI is a more attractive opponent than Silva was or Diaz would be to this audience. He is a bigger name in that circle than anyone Paul has boxed to date. Even ‘Canelo’ would not do as much for that demographic. It is the alpha and omega of influencer boxing squaring off.

If that money pit cannot be mined, there are always a couple of previously discarded options. Paul withdrew from a fight with Hasim Rahman Jr ostensibly because he was worried the son of the former undisputed heavyweight champion would not make weight. Rahman boxes UFC retiree Vitor Belfort this month. If he’s successful, you’d expect a Paul fight to be back on the radar.

Another previously-announced fight that never happened was Paul vs Tommy Fury. The Love Island star and brother of WBC champion Tyson Fury has seen past bouts with Paul postponed due to visa issues and injury. He returns to the ring for his ninth professional bout on the undercard of Floyd Mayweather vs Deji later this month. A Fury victory will put him back in the frame for a Paul bout.

Paul could plausibly face any name in this article, with the obvious exception of ‘Canelo’. The idea he could get a WBC ranking for beating any of them is egregious given that half of them are barely boxers. But there’s certainly enough intrigue here to please the intended audience of the Paul brand of sports entertainment. The Jake Paul circus continues. Who will step into the big top next?