Arsenal are closing in on the signing striker Gabriel Jesus from Manchester City in a deal worth around £45 million.

The Brazilian has reportedly agreed terms to a five-year contract with the Gunners, bringing an end to a five-year stay at the Etihad Stadium. Compatriot and Arsenal technical director Edu, along with manager Mikel Arteta (who worked with Jesus during his time as Manchester City’s assistant manager) are believed to have been key in convincing the forward to move to the Emirates Stadium.

In 236 appearances across all competitions, Jesus has scored 95 goals and provided 45 assists. He has won four Premier League titles, three League Cups and one FA Cup. The 25-year-old becomes the Gunners’ fourth signing of the summer following Marquinhos, Fabio Vieira and Matt Turner.

Jesus arrived at City with such expectation from Palmeiras, not least because the period between the announcement of the deal and his actual arrival lasted six months. His career at City never reached its true potential as he was always one of the first players who Pep Guardiola would rotate from the starting lineup on a regular basis.

He found it difficult to cement a place as the centre-forward while club-record goalscorer Sergio Aguero continued to deliver the goods. But even when the club failed to bring in Harry Kane as Aguero’s replacement last summer, Guardiola still opted to go with a false nine rather than have Jesus lead the line. Following the club’s summer capture of Erling Haaland, Jesus was going to slip further down the pecking order and now seems like the right time for both parties to move on. 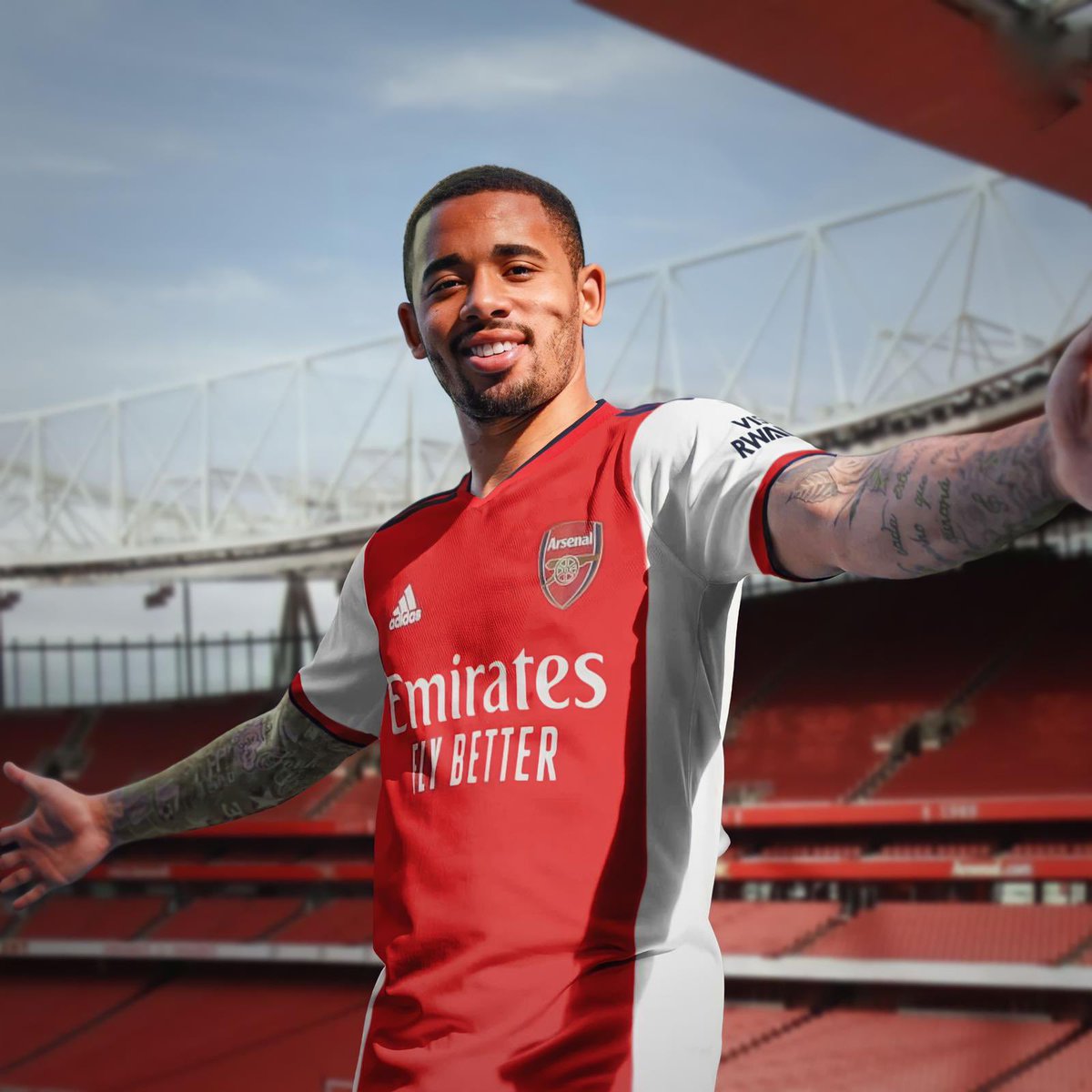 To utilise the Brazilian’s talents to other means, the Spanish coach started to deploy him on the right side of his front three which was successful which means Arsenal are acquiring a versatile forward player which is an added advantage in today’s game. Arteta was always going to head into this transfer window requiring a striker having lost both Pierre-Emerick Aubameyang and Alexandre Lacazette in the last six months.

Eddie Nketiah was the only recognised centre-forward left this summer, committing to a new five-year deal himself earlier this month after speculation that he was going to cut his ties with the north London club. With the arrival of Jesus there will be some much-needed competition for Nketiah, but given Jesus’ track record of playing on the right, they could both be deployed in the same three-pronged attack to help unlock the Gunners’ full attacking might.

Jesus is a neat player with the ball at his feet and by deploying him on the right side of the attack, Arteta will have a player who can cause numerous problems for full-backs and help create space for his teammates. With his well-timed runs he can play off the shoulder and either create a chance for himself or act as the catalyst for the Gunners in attack. And if he were to play through the middle, his quick passes and close control will help him bring others into play and provide him the chance to get into better goalscoring positions.

After a bitter end to last season which saw them miss out on a top-four finish, Arteta and his players will be looking to keep up with the rest of the Premier League big boys as this year looks to offer a much closer pack of clubs compared to what we have seen in recent years.

Jesus’ addition to the forward line will bolster Arsenal’s chances of finishing in the top four in 2022-23 as they look to return Champions League football to the Emirates.