Football
News
The Bees have won over a lot of admirers in a short space of time in the Premier League
Kris Voakes
10:35, 24 Oct 2021

It’s fair to say Brentford have quickly become an accepted part of the Premier League furniture. Not bad for a side who had not played a top-flight game in 74 years until a couple of months ago.

Their breathless clashes at home to the likes of Arsenal, Liverpool and Chelsea have won over admirers, while the ability to head out on the road and pick up points has seen them nestle themselves nicely in the middle of the pack after eight games.

Few teams have settled so quickly. In fact, only three promoted teams have returned a greater start than Brentford in the opening eight games in a debut Premier League season.

Hull City collected 17 points in a blistering opening to the 2008-09 campaign, but after beating West Bromwich Albion in their ninth game they would win only two more matches and escaped relegation by a single point.

Three years earlier Wigan had 16 from eight, going on to tally 25 points in their first 11 matches on the back of six straight wins before dropping away after five consecutive defeats to Arsenal, Tottenham Hotspur, Liverpool, Chelsea and Manchester United.

Of the other debutants, only Reading in 2006-07 have bettered the Bees’ current return of 12 points from their first eight.

It says much for the job done by manager Thomas Frank and his squad, who have held their own even in those games they have lost so far – to Brighton and Chelsea. But, more than that, their decent form out of the blocks is a reflection on the extensive work done behind the scenes over a number of years. 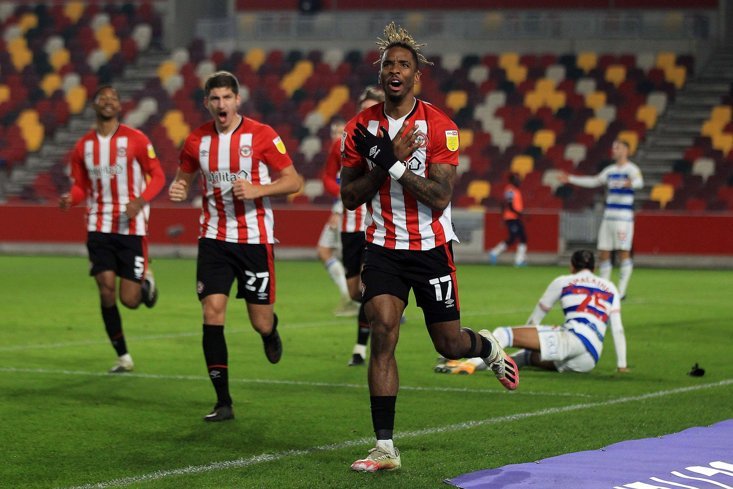 Far from looking like a team ready to fall back towards the bottom sooner or later, Brentford appear to have what it takes to play at this level for some time to come. But that should come as no surprise given the way they have steadily built from a solid base since owner Matthew Benham first became involved with the club.

Brentford have taken an approach to data analysis similar to that adopted by the Oakland Athletics general manager Billy Beane, whose success spawned the Hollywood movie ‘Moneyball’ and a modern era in which the majority of baseball clubs now delve into the world of analytics in a bid to get ahead.

Benham and Brentford were early converts to the concept of expected goals, a measurement now used far and wide by clubs and commentators alike, looking at the true value of undervalued players whose contributions had been affected by factors that most rivals would not have taken into account.

The result has been a gradual ascent which has never looked likely to take a turn for the worse. Brentford won League Two in 2009, slowly built the foundations necessary to make the climb up from League One in 2014 and in the last seven years have looked increasingly like a club ready to create a stir in the Premier League. The last time they finished in the bottom half of any table was in 2008, when they were 14th in League Two.

There doesn’t seem to have been much of a clamour to follow Brentford’s lead to this point, and maybe it will take another season or two of growth in the top tier for clubs to begin to adopt a similar primary tactic behind the scenes. But the start the Bees have made suggests that this is a club ready to drop anchor in the Premier League and use their game-leading approach to upset the order at the top end of the game for some time to come.