Football
News
After Liverpool's loss to Watford, we look at how the league's other record-breakers recovered
Simon Lillicrap
09:00, 07 Mar 2020

Liverpool’s quite frankly ridiculous Premier League unbeaten record came to an end at Vicarage Road last week, but now they will turn their attention to Anfield this weekend as they look to bounce back and beat Bournemouth. The Reds were aiming to win 19 Premier League games in a row against Watford and extend their unbeaten run to 45 games yet they came up short.

With the title still very much within reach, we look back at some of the great Premier League sides and how they bounced back after losing their unbeaten records.

The greatest unbeaten run the Premier League has ever seen. On the back of going the entire 2003-04 season undefeated, Arsene Wenger’s men travelled to Old Trafford where they lost the ‘Battle of the Buffet’ as Wayne Rooney scored in a 2-0 win.

Three days later they travelled to the blue half of Manchester in the League Cup and came out on top with a 2-1 win. However, in their next appearance in the league, they were held by Southampton and only just avoided a second successive defeat. Rory Delap hit a late brace and looked to have secured all three points for the visitors before Robin van Persie equalised in added time. Far from the perfect response from Wenger’s toppled Invincibles, although they went on to win the FA Cup that season, beating United in the final on penalties.

40 games without defeat brought Jose Mourinho his first Premier League title as he swept all before him away up until he met Sir Alex Ferguson’s Manchester United in November 2005-06. Once again Old Trafford proved impenetrable as Chelsea lost 1-0 to a Darren Fletcher goal.

However, the Blues responded in emphatic fashion, winning nine league games in a row and keeping clean sheets in seven of those games as they romped to back-to-back Premier League titles. That is how you respond to a defeat. 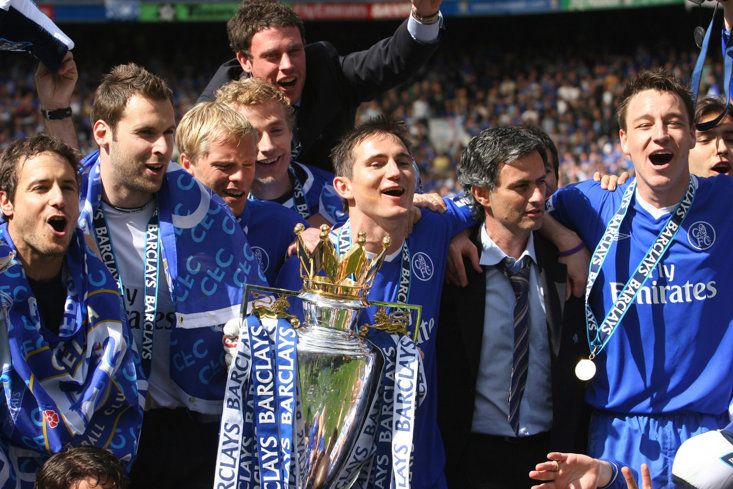 Manchester United’s treble winners were on a remarkable run of 29 league matches without defeat which saw them lift the Premier League along with the FA Cup and Champions in the same season, a feat which has not been repeated in the modern era.

However, their unbeaten Premier League run came to a brutal end as they were thumped 5-0 at Stamford Bridge after an early Nicky Butt red card. They lost in the League Cup next time out to Aston Villa before beating Watford in the Premier League but it was a sticky October for Fergie’s men.

They lost to Spurs in the league, went out of the League Cup and lost in the Champions League to Marseille. They finished the season with a league title and an Intercontinental Cup, but it could have been so much more for this talented side. 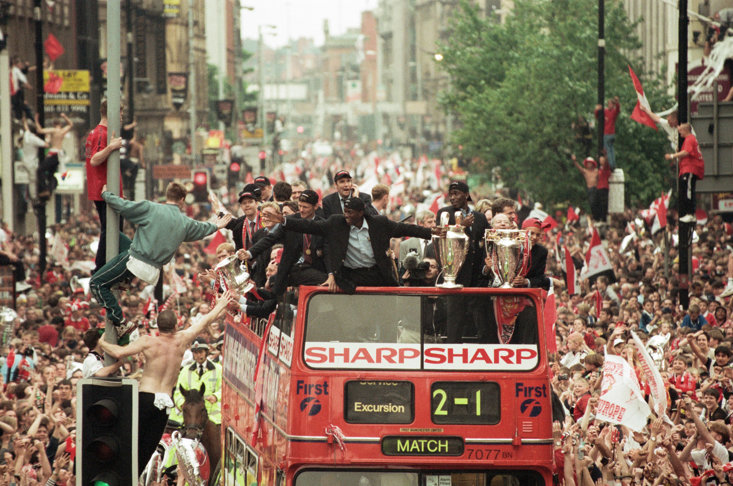 Guardiola’s men romped to the title in 2018 securing 100 points, the most wins (32) and the most consecutive victories (18) yet their 30 game unbeaten run was ended at the hands of Liverpool in January. In a pulsating 4-3 thriller, City lost their chance at an invincible season, although they would also go on to lose to Manchester United at home.

They responded to that devastating defeat by going a month without defeat in all competitions before they were dismantled by Will Grigg in the FA Cup. "1-0, Will Grigg, up the Tics!"

The Cityzens would finish the season with the Premier League and the League Cup but they were knocked out of the Champions League by those pesky Reds.