Boxing
News
Saudi Arabia might be a controversial host country, but it could play right into Joshua's hands
Joey Mills
11:25, 20 Jun 2022

Anthony Joshua and Oleksandr Usyk’s highly anticipated rematch finally has a date and location. Jeddah Superdome in Saudi Arabia will host the WBA, WBO and IBF heavyweight championship showdown on 20th August. The bout had long been expected to head to the controversial state, once again propelling human rights issues to the forefront.

The staging of Usyk vs Joshua II in Jeddah is unquestionably an act of sportswashing. The fight feels aligned with the Saudi ownership of Newcastle United Football Club, the frequent visits of the WWE and the divisive formation of the LIV Golf Series. It is the latest rather transparent attempt to gloss over a history of human rights abuses to try and build an image as a global entertainment hub. However, while the location brings with it a series of moral and political fears, it could also end up affecting the outcome of the bout itself.

Joshua has been in this position before. In 2019, ‘AJ’ headed to Saudi Arabia having lost his three world title belts in an upset defeat, this time to Andy Ruiz Jr. When he boarded his return flight, the heavyweight championship would reside in his luggage. Joshua knows how it feels going to the Middle East as a challenger, facing a man who has already defeated him. Now is the time to call upon that experience and use it to fuel his bid to return to the mountaintop.

Of course the convergence of circumstances alone will not be enough for Joshua to reign supreme once more. Across the ring from him stands Usyk, former undisputed cruiserweight champion, gleaming record of 19-0 and the last man to defeat ‘AJ’ in the ring. No matter the location, he poses one of the sternest challenges in boxing. But the fact the bout is in Saudi Arabia, rather than Joshua’s native Britain or even the United States of America, could help the Watford man to victory.

Joshua is a megastar in the UK. His face adorns billboards, he appears in television adverts and he is a regular on the chat show circuit. Anything ‘AJ’ does is news on these shores. That much was clear from the national uproar stirred by his firm warning to a group of students taunting him. There is no escape for Joshua. He’s an Olympic gold medalist and former world heavyweight champion. Wherever he goes, he is under the microscope. 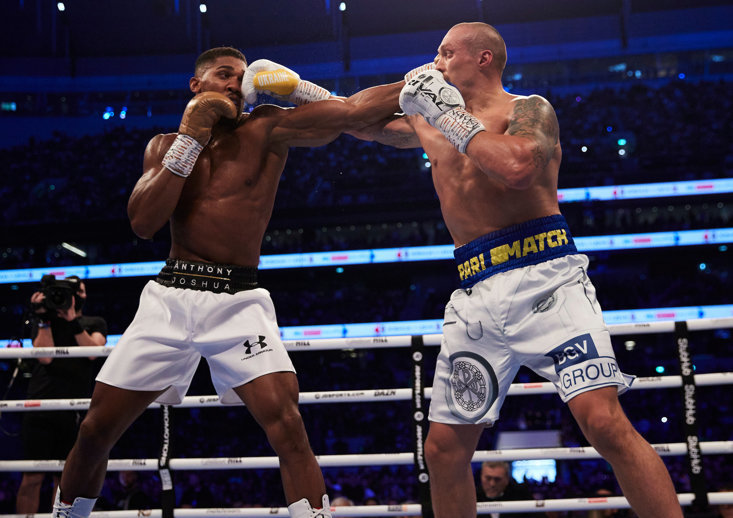 Saudi Arabia eliminates that element. ‘AJ’ is famous worldwide, but the way he is perceived in the UK is a special case. Not only is he ubiquitous, but public opinion has also begun to turn against him. Whether it is the rapid rise of budding national treasure Tyson Fury, or the braindead reaction from some quarters to Joshua’s support for Black Lives Matter, the British public has gone cold on Joshua. Leaving an ungrateful nation behind to really focus on Usyk is the ideal situation for the former champion.

America is also perhaps best avoided at this stage. The US fight community can be fickle and, after two losses in his last four fights, ‘AJ’ is not rated as highly as he once was Stateside. The reputation of the “horizontal British heavyweight” has been part of the American boxing lexicon for almost as long as gloves and spit-buckets. Taking the tricky Usyk rematch away from a country that’s waiting for him to fail is smart.

Of course being away from the unforgiving glare of his homeland, or the smirking derision of the States, will only prove valuable if Joshua wins. The location is helpful, not decisive. New trainer Robert Garcia will work on Joshua’s strategy and preparation. ‘AJ’ himself will have to make sure his head is in the right place to take on the world-class Ukrainian. Should these factors be addressed, Joshua looks set to improve upon his poor showing against Usyk last September.