Football
News
Manager Franco Foda has had quite the impact
Simon Lillicrap
10:00, 13 May 2021

Austria aren’t used to featuring at major tournaments. Euro 2020 will be only their third appearance at a European Championship in their history, while they haven’t qualified for a World Cup this century. To call them minnows would perhaps be an understatement and their group this summer, which includes the Netherlands, North Macedonia and and Ukraine gives them a real chance of progression. Their status as 100/1 outsiders with Betfred is well-earned.

Das Team have never reached the knockout stages of a major tournament and the man charged with making history is manager Franco Foda. The German boss, who has been in charge since 2018, had quite the welcome to international football as a player.

On December 12, 1987, the 21-year-old was making his first of only two appearances for Germany. Manager Franz Beckenbauer decided to bring him off the bench in the 83rd minute in Brazil, which is some way to make your international debut. Germany bagged a late equaliser to draw the game 1-1, but that wasn’t the main talking point for the home fans.

For a reason unknown to the youngster at the time, his arrival onto the pitch was greeted with laughs and cheers from the 30,000-strong home crowd. Stars such as Lothar Matthaus and Jurgen Klinsmann didn’t create such a stir, yet the reasons for his ‘star’ power lies in his name.  “I had no idea why everyone was so excited. It wasn't until the next day that I found out about it in the ‘Bild’ newspaper,” Foda recalled with a laugh. It turned out that the loose translation of Franco Foda in Brazilian Portuguese means ‘free sexual intercourse!’

His footballing career may not have been spectacular but importantly he finished his playing days at Sturm Graz in Austria, with the same club then giving him his first chance in coaching. After coaching the amateur side, he continuing impressing as he made his way through the ranks until he had a season in charge of the first team in 2002.

Unfortunately for the German it wasn’t a success as his side finished in the bottom half of the table, having placed second in the previous campaign. Following this underperformance, he was then demoted to take charge of the reserve team for the following three seasons and, as he learnt his trade, he improved. By 2006 he was ready to take over as first-team manager once more, and in 2010-11 his side became champions of Austria, beating an emerging Red Bull Salzburg to the title. 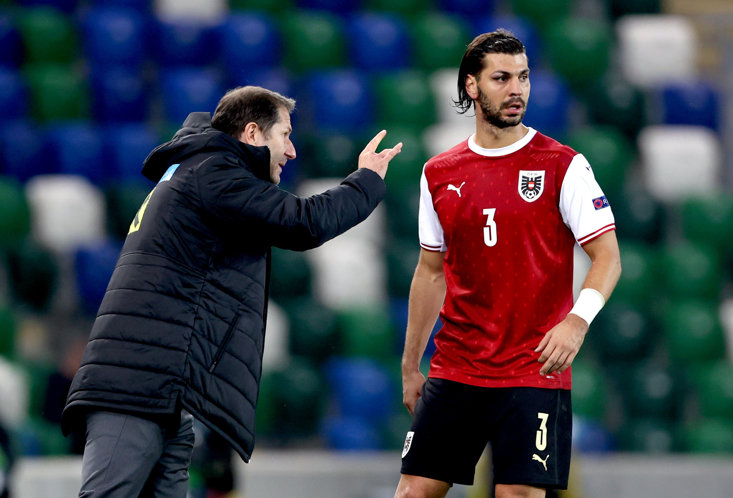 FODA HAS LED AUSTRIA TO ONLY THEIR THIRD EUROS

A spell in his homeland with Kaiserslautern followed before he returned once again to Sturm Graz, after which he was offered the Austria job, which he took at the start of 2018. So what have this underwhelming Austrian side achieved under Foda? Well, there has been a marked improvement since their failed World Cup 2018 qualification.

His success has come as a result of his managerial experience in the country. The Austrian Bundesliga has a similar playing style to its German counterpart, and the national team takes most of its players from those two divisions. The counter-pressing, attacking and high-intensity style he has implemented seems to fit his talented squad, while he has also found a role for David Alaba.

The Bayern Munich man, despite his obvious talent, had been a point of contention for previous manager Marcel Koller. The world’s best left-back for several years then played at centre-back and central midfield for his club, and the latter is where he was most often deployed under Koller but with limited effectiveness. He just couldn’t replicate his club form for his country.

But now Alaba is deployed on the left wing in Foda’s attractive 4-2-3-1 system. When all his squad are fit Marko Arnautovic plays up front, using his physicality and pace to trouble defenders, while RB Leipzig’s superb Marcel Sabitzer occupies the number 10 position. With two rigid defensive midfielders, including current captain Julian Baumgartlinger, Foda has created a solid backbone for his attacking players to flourish in front of. 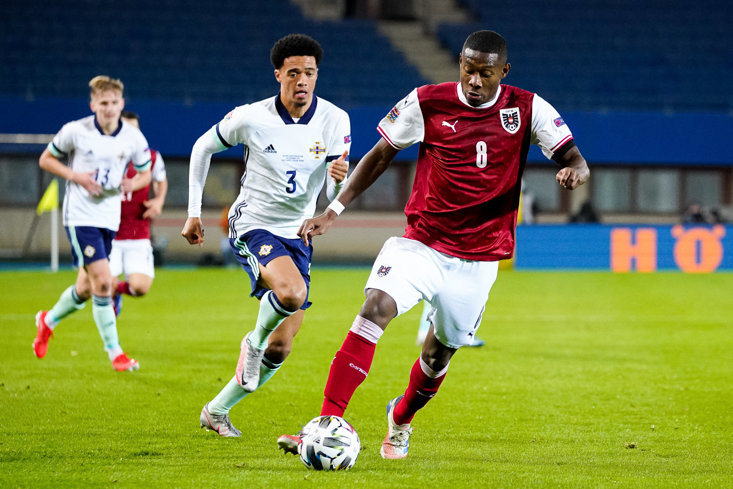 DAVID ALABA HAS FINALLY FOUND A ROLE IN THE NATIONAL SIDE

In their Euro 2020 qualification group they beat North Macedonia home and away, which will give them confidence heading into their opener this summer. A second-place finish behind Poland was admirable given they lost their opening two games, but further success came in the Nations League late last year.

Two wins against Northern Ireland, plus impressive displays against Romania and Norway saw Das Team top their group and secure promotion to League A, where they will take on Europe’s big boys. This is a squad that was crying out for organisation to get the best out of some talented attacking players. It turns out all they needed to reach a major tournament was ‘free sexual intercourse’.

Check out our other group C previews here: The Netherlands, Ukraine and North Macedonia.