Despite extensive research, mass archaeological digs and huge amounts of government funding, nobody quite knows when the British shed was invented. What is known however, is that once established at the end of every garden within the Kingdom, the shed quickly became the Home of Innovation as boffins combined steel, cunning and explosions to drive human technological advancement. This week’s Race To Perfection on Sky Sports was a bit of a boffin-off, as our plucky chaps went head-to-head with Europe (and eventually the world) to design the fastest racing cars on the planet. Here’s what we have learned so far…

Nobody ever explains British Racing Green

It’s just taken as read that everybody, at some point in their lives, are quietly pulled aside and told why the British race in green (which the Irish clearly have a trademark on), and not red, white or blue, the traditional British colours (or bright pink, if you see one holidaying in Spain). If you don’t know, here’s why: In 1903 Gordon Bennet (yes, the man the expression is named after) took motor racing to Ireland as it was illegal on mainland Britain. As a mark of respect to their Irish hosts, the British teams painted their cars green and everyone liked it so much the colour stuck. Now you know. Onwards!

When Charles and John Cooper introduced their rear engine 500cc racing car, it was out of necessity rather than anything to do with weight or aerodynamics. 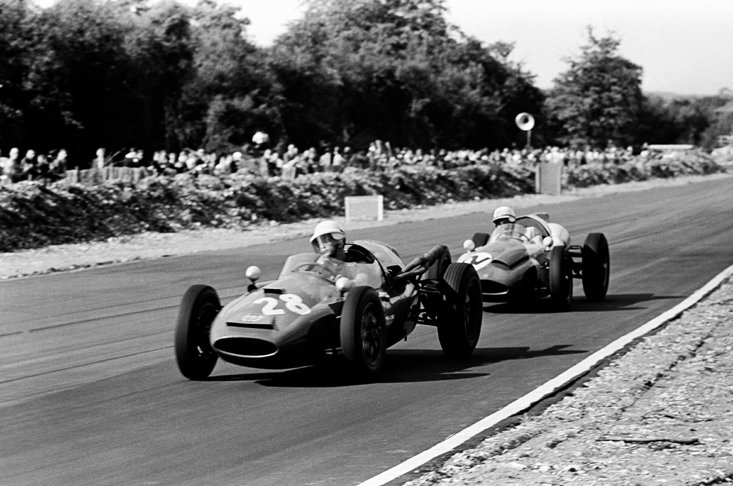 The car had a motorbike engine, and if you put that at the back you could drive it with a motorbike chain, rather than using gears. The cars were so successful that eventually the engines got bigger, gears were finally introduced and by the 60s the front engine racer was dead.

“I hit the wall at about 165 on the left hand side, and it stunned me, and I pulled the car over, and it was bucketing down, and I was thinking that hurt a bit too much - it still hurts a bit too much - so I went straight into hospital to have all my foot x-rayed, and because it was broken the last two toes were fractured, and I’d splintered some of the bones, and they were going to take me straight down to the OR (operating room) to have it operated on, and I said look, hang on a minute, I can taste, I can smell and I can touch the World Championship, I’m not going to put myself out now for four months and not have an opportunity going into 92.” 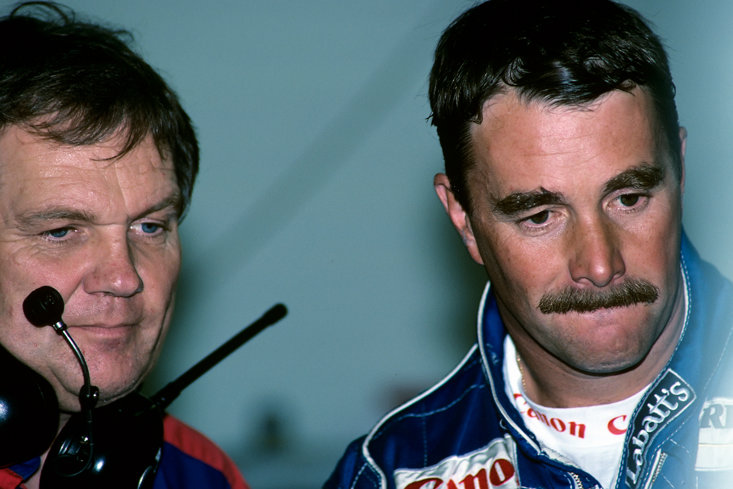 Ok then, quick plaster and a sweetie and let’s get him back out there people!

Ron Dennis is the best salesman in the world

When Honda joined forces with McLaren, it was Ron who convinced them to invest massively in a car they had never seen, mainly because the McLaren team were still working out how to build it. Ron’s charm paid off when the car tested at Imola however; it not only went faster than anything else, Senna couldn’t speak at the end of the run, he just sat in it, stunned at the performance.