Wolverhampton Wanderers are on the rise in the Premier League under Bruno Lage. After a frustrating start to the season, Wolves are undefeated in their last four matches and a key player in this run has been forward Hwang Hee-chan, who has scored three goals for the Old Gold during this bright run of form.

The South Korea international, who is spending the season on loan from RB Leipzig, has been an impressive piece of business for the West Midlands club so far as they desperately needed to ease the burden on Raul Jimenez following his return from injury. And Hwang has so far executed his brief perfectly.

He offers Wolves another dimension in attack that they have lacked since proceedings under ex-boss Nuno Espirito Santo began to turn sour at Molineux. The 25-year-old has shown how he pounces like a traditional poacher in front of goal with his debut effort at Watford, but he has also exhibited the quality he has with the ball at his feet, being able to carry the ball before unleashing efforts on goal. As his brace against Newcastle showcased, he is an intelligent player who knows which spaces to exploit and when to make a run in behind defences.

With Hwang offering support to Jimenez, he offers another outlet to the midfielders and wing-backs which has helped them to have a stronger impact on games. With Hwang’s summer arrival bringing an extra spark to Wolves in the final third, they are starting to look more like the side which disrupted the establishment when they returned to the top flight in 2018. 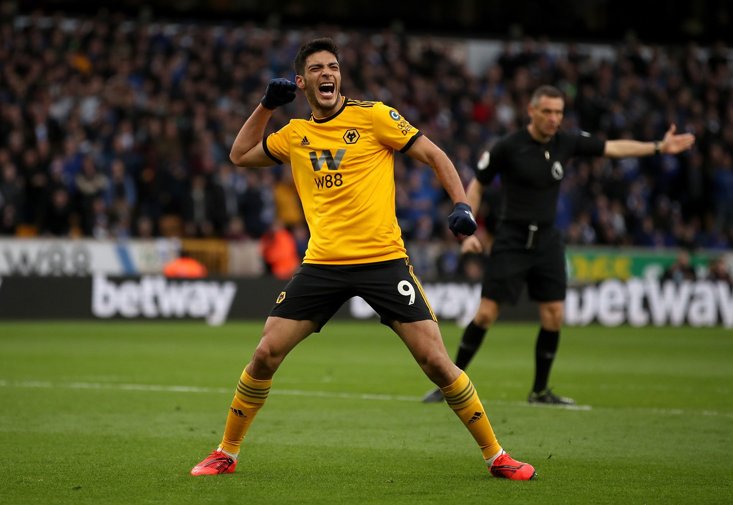 JIMENEZ HAS BEEN BUOYED BY HWANG'S ARRIVAL

A solid partnership is being forged between Hwang and Jimenez, and speaking earlier this month on his partnership up front, Hwang told Wolves’ club website: “Myself and Raul had good conversations to build the chemistry but this is what the manager wants between the attackers and the midfielders.

“He tells me to move between the sides and the centre with Raul so he can make creative passes. This is all in the tactics.”

Jimenez has always been praised for his creative link-up play for Wolves, and with the added attacking option of Hwang making bursting runs, we will see an increase in the chances the Mexican striker creates. Ahead of their clash with Everton this evening, Hwang’s form has been excellent. His four goals in the league have come in six matches, and if he were to score against the Toffees he would become the fastest Wolves player of the Premier League era to score five. And after Rafa Benitez’s side conceded five times against Watford last time out, Hwang will be confident of claiming that Wolves record for himself and helping to extend the unbeaten run.

Hwang has become a key cog during Lage’s early days in the Molineux hot seat, but the Portuguese boss is not surprised at how well he has been performing. Speaking to the Express and Star earlier this month, Lage said: “I knew the player before because when I was at Benfica I had some reports on him, so when I had the chance to bring him, we took the decision [for him] to come.

“I think he has adapted to the Premier League. He is fit and fits our way to play because we need a player like him.

“Top players can enjoy our game and I think he is a top player like the other guys.”

Betfred are offering 2/1 on Hwang Hee-chan to score anytime against Everton.